it’s the FIRST IFIIL of 2015! woo. i trust that you all had wonderful new year’s celebrations and that you’re already hard at work at tackling those resolutions, too. this whole having time off in the middle of the week thing has got me all mixed up, but i’m pretty pumped that it’s friday again and we’ve made it to the weekend again. so without further ado, six things i loved this week:

one || tired eyes, full flutes. we did it! S and i successfully stayed up until midnight (yes, west coast time) to officially greet 2015. we ate delicious take-out cuisine in our pajamas and toasted almond champagne out of wine glasses (turns out, neither of us own flutes) and kissed when the countdown reached “one.” it was the perfect low-key new year’s celebration i’ve always wanted. and i was so stinkin’ happy to spend it with my one and only. 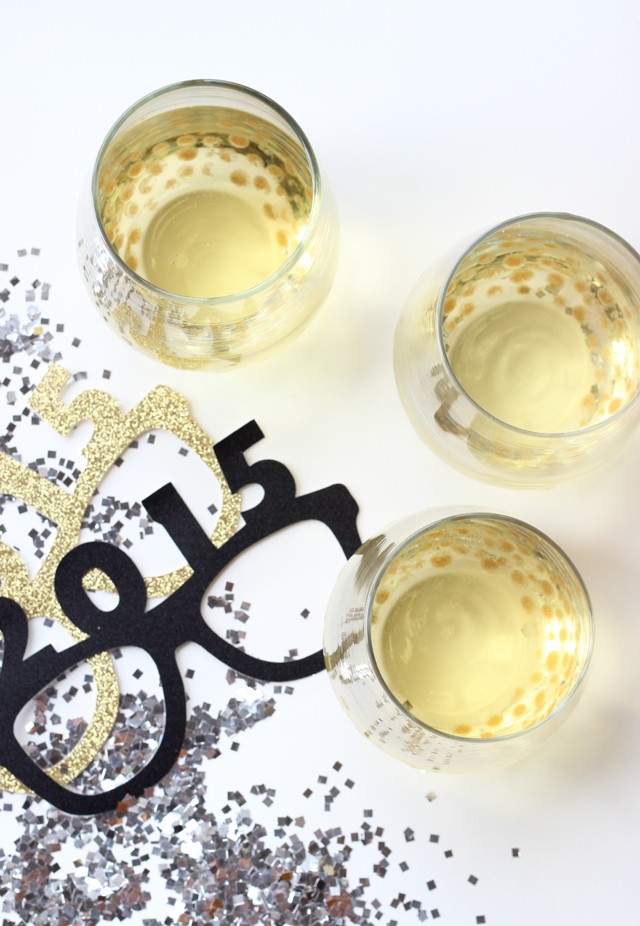 two || biking our way into 2015. to kick-off the new year right, S and i spent the morning riding bikes around downtown encinitas yesterday. as expected, sadie performed like a champ. we parked S’s truck near the self realization temple in cardiff and rode our bikes all the way down the coast, stopping at honey’s (of course) to enjoy a little celebratory breakfast along the way. the weather was the perfect -brisk yet warm in the sun and we had the best time peddling around town, getting a little exercise in while enjoying our gorgeous coastline. 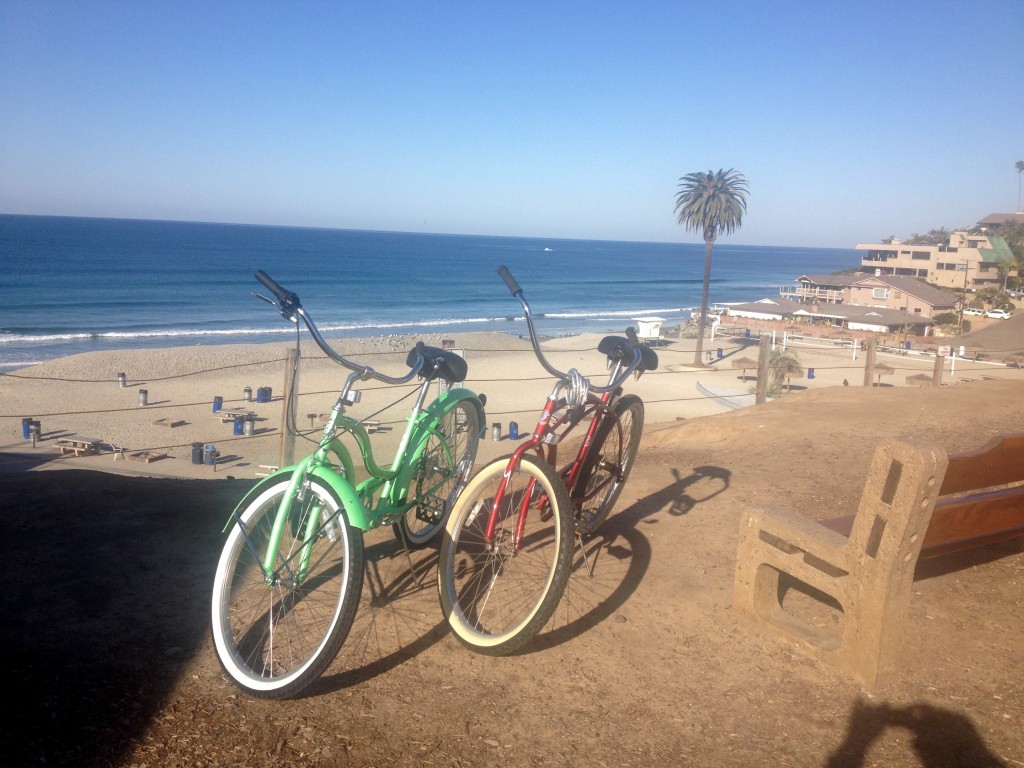 sadie & rosie at the beach.

three || a toast to turkey. as previously mentioned, S and i decided to tackle thanksgiving 2.0 over the new year’s holiday. after we biked off plenty of calories, we got to work in the kitchen. we made the turkey, the brussels sprouts, the sweet potatoes, the pie, the whole nine yards. you guys, it was delicious. and the best thing is, we have leftovers for days. i’ll post the recipes in future “recreate what we ate” posts, but in the meantime, i will let the photos of the finished products speak for themselves. (culinary) team S, ftw. 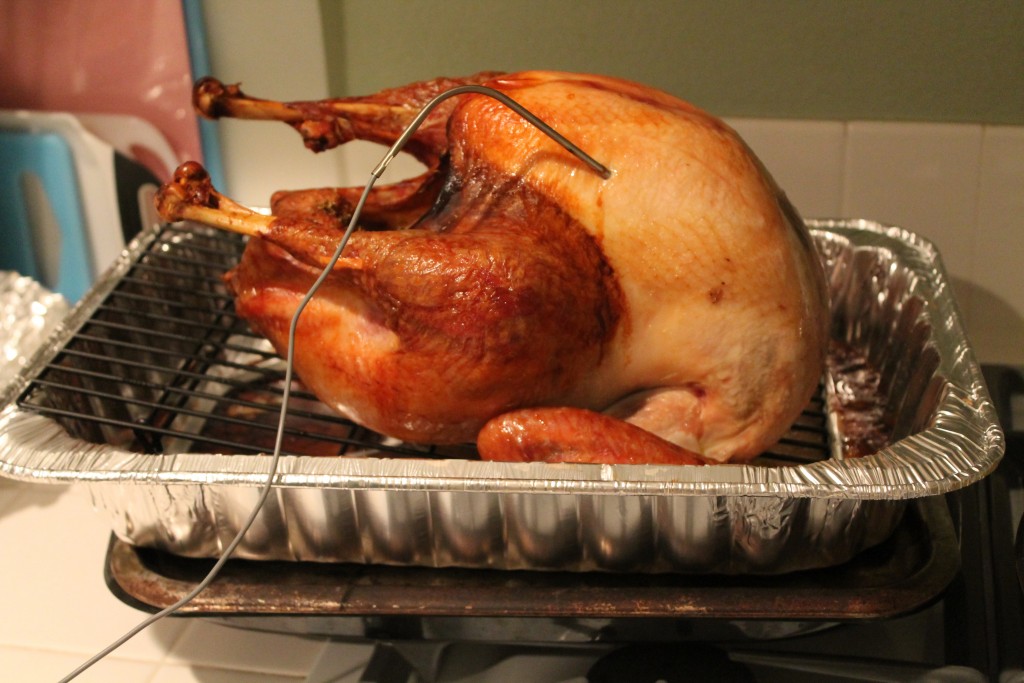 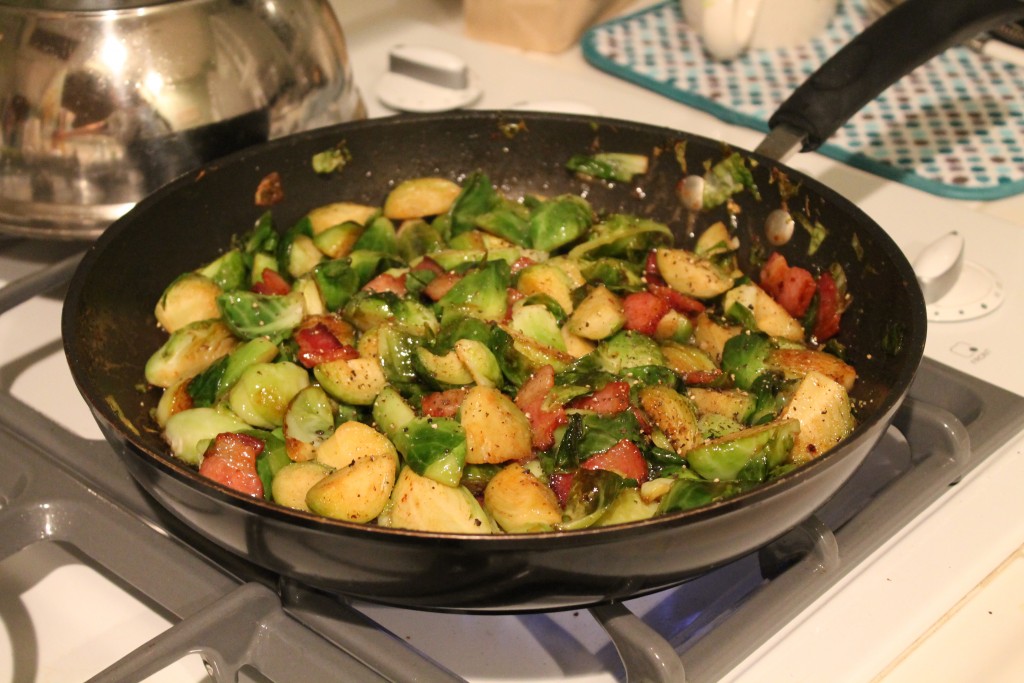 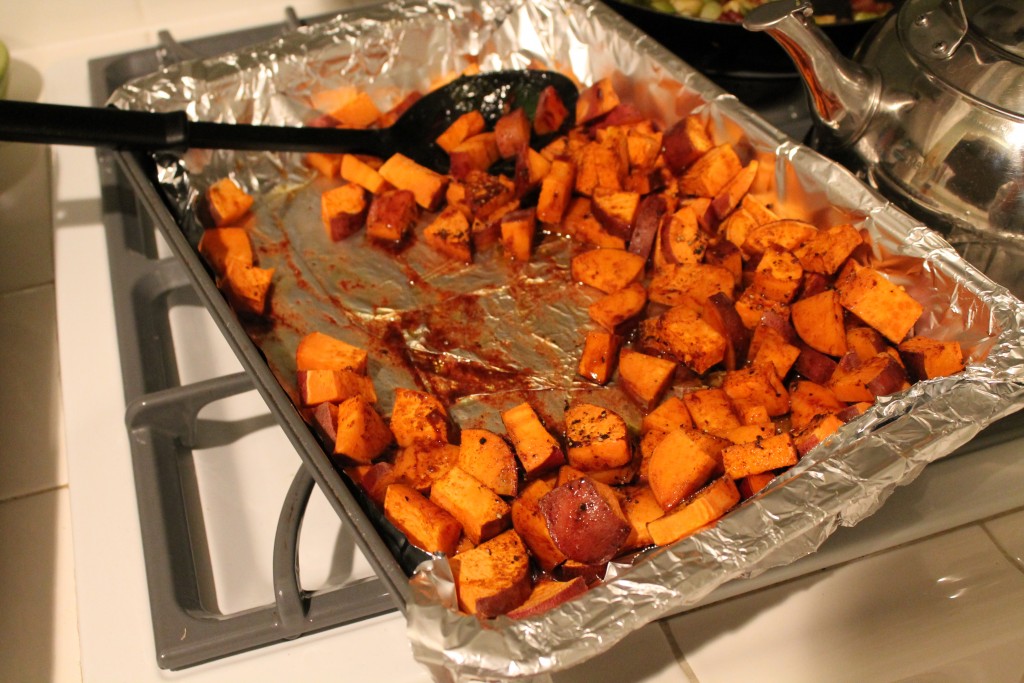 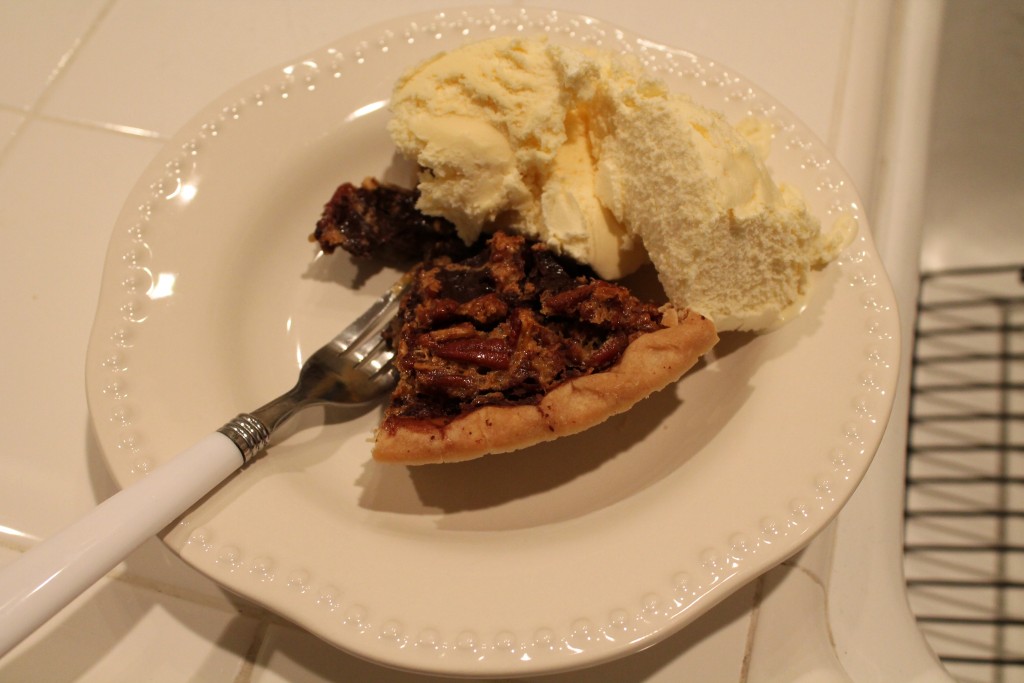 four || foam my next trick. as an addendum to the rest of his christmas goodies (and because macy’s was having a major sale), i recently purchased S a milk frother. after having homemade lattes at a friends’ home late last year, we both became very intrigued by the idea of adding a frother of our own to our coffee-making repertoire. in reading the reviews, the aeroccino plus seemed like the perfect accompaniment to our already beloved french press. it’s scheduled to arrive on saturday and we can’t wait to try it out. looks like somebody is adding “perfecting latte art” to her list of goals for 2015… 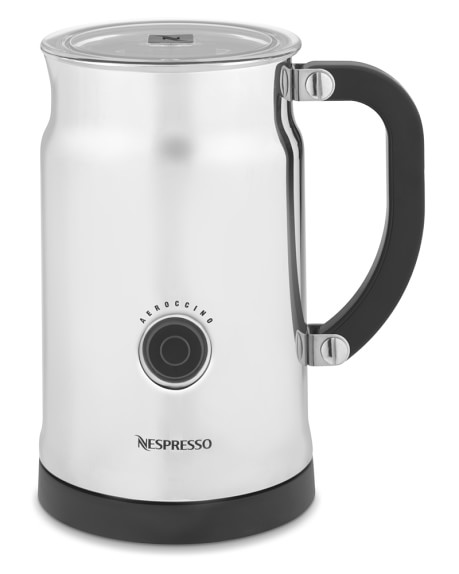 five || turn up the volume. gratuitous product plugging in three, two… you guys, i have a new shampoo and conditioner obsession. after sampling an array of products from the target shampoo/conditioner aisle for the past year or so, i think i have found one that i love (and that seems to love me back). pantene pro v color preserve volume shampoo and conditioner. not that my hair needs to be any bigger (obviously it’s full of secrets), but the added volume does kind of make me feel like a southern belle (which is always a good thing if you ask me). it also smells dreamy, protects my avidly highlighted locks, and it’s like $5 at target. and most importantly, emma stone apparently uses it.  just kidding, it’s actually her make-up artist. same difference. 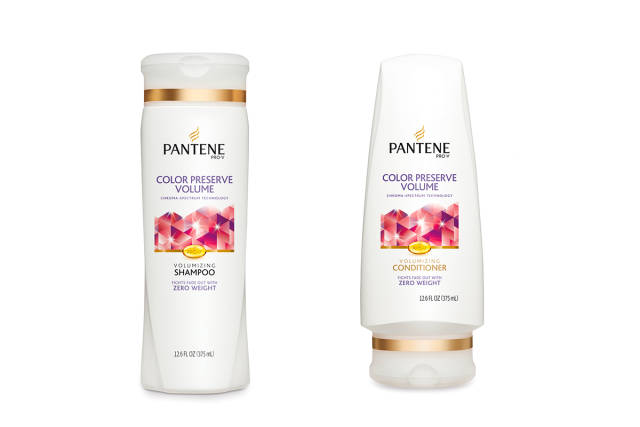 six || special six. appropriately enough, i reserved number six for another number six –months, that is. yes, believe it or not, S and i will celebrate our six month anniversary tomorrow and to mark said occasion, we’re headed down to coronado for a little staycation getaway. we’re of course bringing sadie (and rosie, S’s cruiser) since the island is perfect for cruising around and we’ll be sure to take advantage of any of coronado’s delicious restaurants, too. but as far as definitive plans go, we’re kind of letting our moods dictate the weekend’s agenda. whatever we end up doing, i know it’ll be perfect. just like the last six months with S have been. aww. 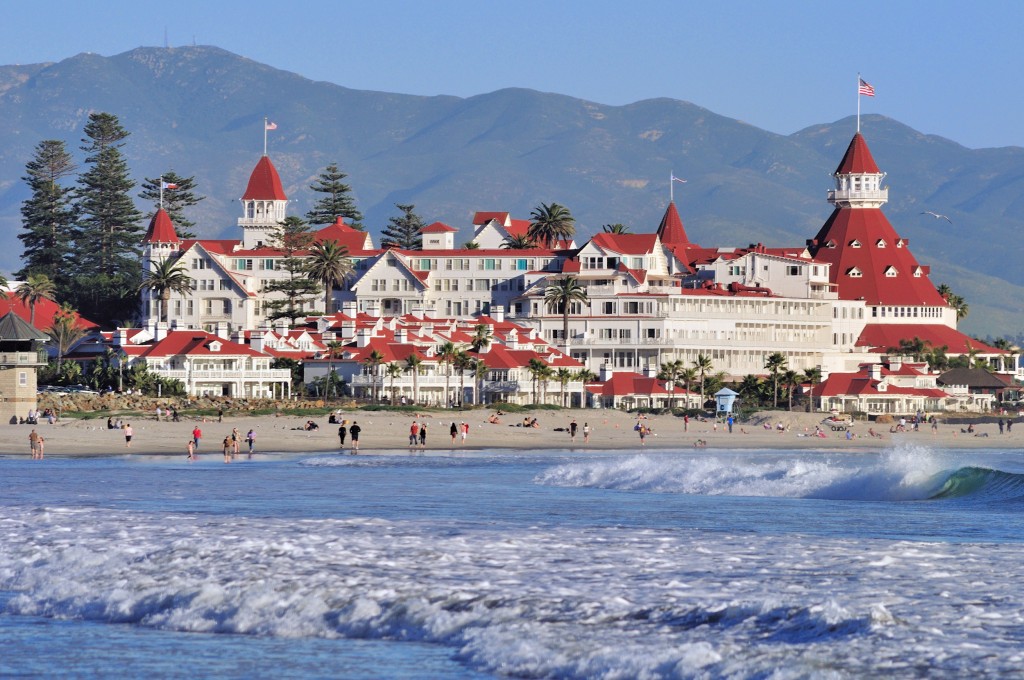 image via: the del.

have a wonderful first weekend of 2015! may it be the start of a wonderful and richly blessed year.

image via where to get it