the australian open starts today, essentially kicking-off the 2015 tennis season. it’s hard to believe that around this time last year i was standing in front of rod laver arena posing for a picture and checking one of the four tennis major tournaments off of my bucket list. 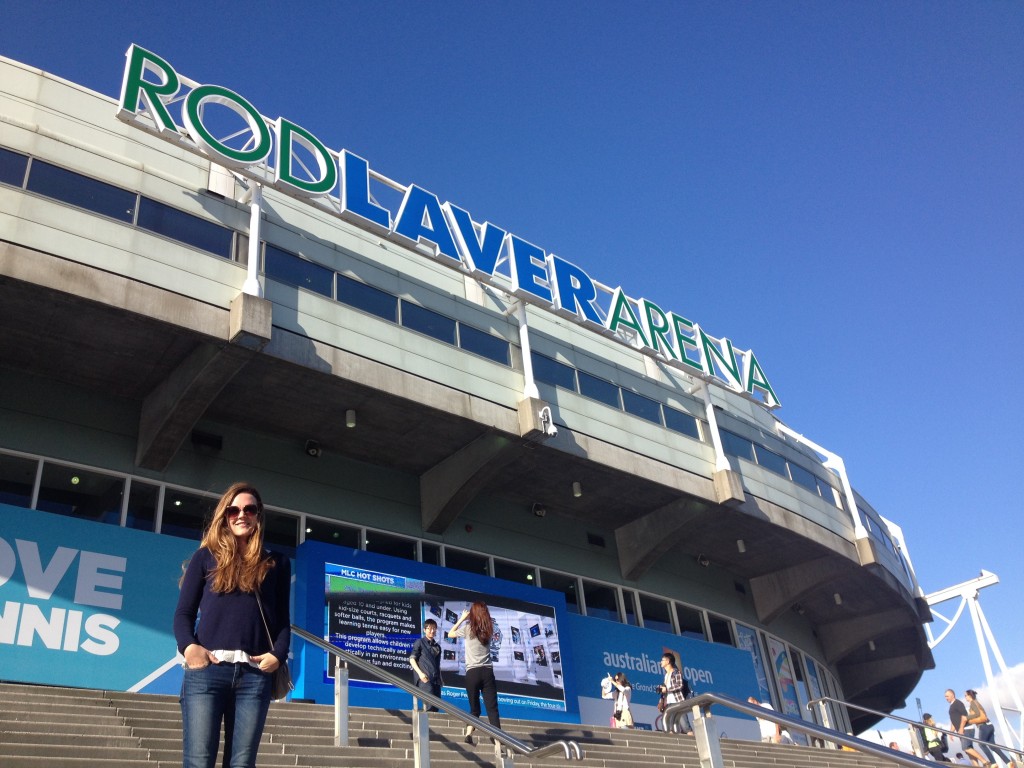 anyway, while it was certainly thrilling to watch the men’s and women’s finals live and feel the magnetic electricity of the crowd and the viceral nerves and excitement of the competitors, i’m just as happy to watch this year’s matches from the comfort of home (albethey at random times due to the time difference).

hoping the 2015 bracket turns out just as many upsets and unexpected pairings. except this year, i hope rafa’s back behaves.