S and my first date was at sublime alehouse in san marcos, right next to the movie theaters. despite not being a beer enthusiast per se, i ordered an angry orchard apple cider that evening -partly to impress him, partly because it’s the only beer i tend to like, and partly because i needed something for my nerves. fast forward nearly eight months (tomorrow) and much like my affections for S, my affinity for beer just keeps growing.

from stealing sips of S’s sculpin IPA to taste-testing some of his brother’s home brews, i’m learning there’s more to the beer world than just what’s served in red solo cups. lucky for us, san diego is home to many a microbrewery that give beer novices like myself the opportunity to sample pale ales, dark stouts and everything in between.

so with a rainy saturday afternoon at our disposal, S and i paid a visit to a brewery nearly in our own backyard –the belching beaver. located in a warehouse off park center drive in vista, its hidden location certainly hasn’t hampered its popularity. it was clear the belching beaver has fast become a local favorite by the crowd of people we saw idling in the brewery’s outdoor patio (which was decorated with adirondack chairs and twinkly lights, i might add). we walked inside and to the counter, where we saw the brews on tap listed along the chalkboard wall. i spotted their signature peanut butter milk stout right away -truth be told, that was the main reason for our visit, but in reading through the descriptions of the other beers, i became quite intrigued by the horchata imperial stout as well. S ordered the “dammed” double IPA and we found a spot at one of the high tables scattered around the tasting room. seeing as we’re still working on my alcohol tolerance, i was pleased to find that the brewery offered a variety of sizes -4, 8, 12 & 16 ounce portions. we both ordered a 4 ounce pour and it ended up being the perfect amount for me to manage. i finished my glass like a champ.

we arrived around 3:45 p.m. and only stayed for about 30 minutes, but the place was jammed, and more guests were arriving just as we left. if it had been dryer (and warmer), i would have loved to have snagged a pair of adirondack chairs around the outdoor fire pit and sipped another 4 ounce brew, but we figured our time at the belching beaver was just enough to get our feet wet. we didn’t want to appear too eager…

anyway, i’m still dying to try the horchata stout, so i’m sure we’ll be back soon. in the meantime, we snapped a couple photos with mr. belching beaver himself to tie us over in the interim. dam, he’s so good looking 😉

p.s. thank you so much for the beanie love on instagram, this one was a whole $6 at h&m. 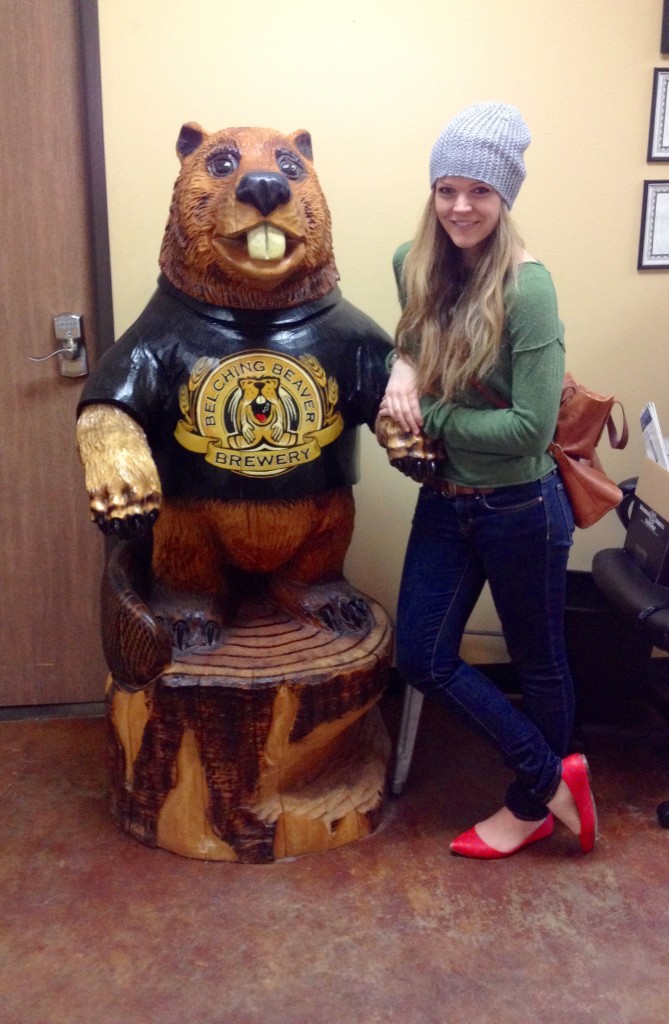 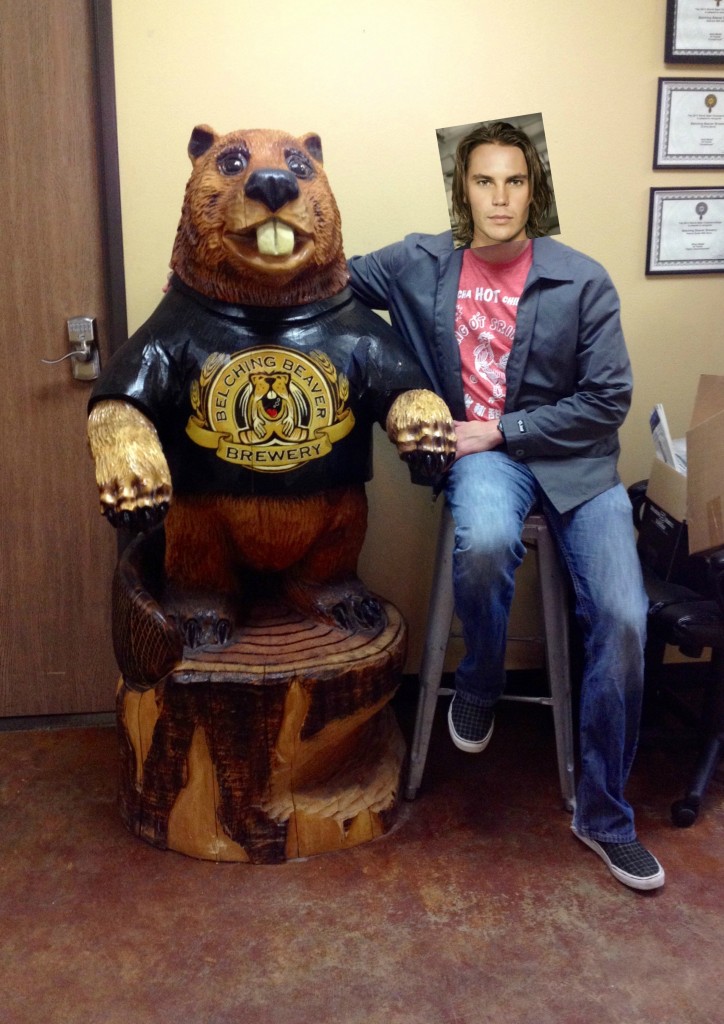