my grandpa was a mean banjo-player. of the many things i remember most about that wonderful man -his affinity for caffeine free diet coke, trident gum, jelly beans, old-fashioned vanilla ice cream, his blue mini van with the personalized plate “1skivan,” his ability to make nearly anything in his garage workshop, his strong hands and even stronger handshake, perhaps his banjo talents stick out most vividly. he played all the time. in the morning, in the late afternoon. we’d even play together, i, accompanying him on the piano, of course. so when he left us in 2005, his banjo became one of our family’s most prized possessions. and not long after that did it make its way to my mom’s house for safekeeping. she has it displayed in the living room, nestled on a stand. an ever-present reminder of his presence, legacy, and musical prowess.

a few weeks ago, S just so happened to decide that he’d, too like to add “banjo-playing” to his list of talents.

really? i cherished the thought.

almost immediately after he announced his new hobby was he googling youtube tutorials on how to play. with some knowledge of the guitar already, he was equipped with a strong foundation, but as he watched the videos intently on his phone, he soon learned there were several nuances that separated banjo-mastery from the rest. but watching videos on how to play the banjo will only get you so far, the best way to learn anything, in my personal opinion at least, is to roll up your sleeves and try it firsthand.

so S inquired if perhaps he could borrow grandpa’s banjo to learn on. my mom enthusiastically agreed as long as he promised to care for it (which of course he agreed to do). like i had been in first learning of his desire to pick up this new area of expertise, she was so touched that he wanted to be a part of something so near and dear to our family.

last week, mom packed up the banjo in its original leather case and left it for me to pick up along with a couple of song books and its stand. i brought it home and placed it on the floor of my office. the next night, after we had finished dinner, S retrieved the banjo from its case and sat on a chair in front of the TV to tune its strings (there’s literally an app for everything). y’all, my heart literally burst out of my chest as i watched him gingerly find the keys, taking sporadic strums and bringing the sounds of my childhood back to life. it was such a special moment. to think that the same banjo that had brought such joy and entertainment to me nearly 28 years ago was being given a new legacy by the love of my life, it was pretty gosh darn special if you ask me. 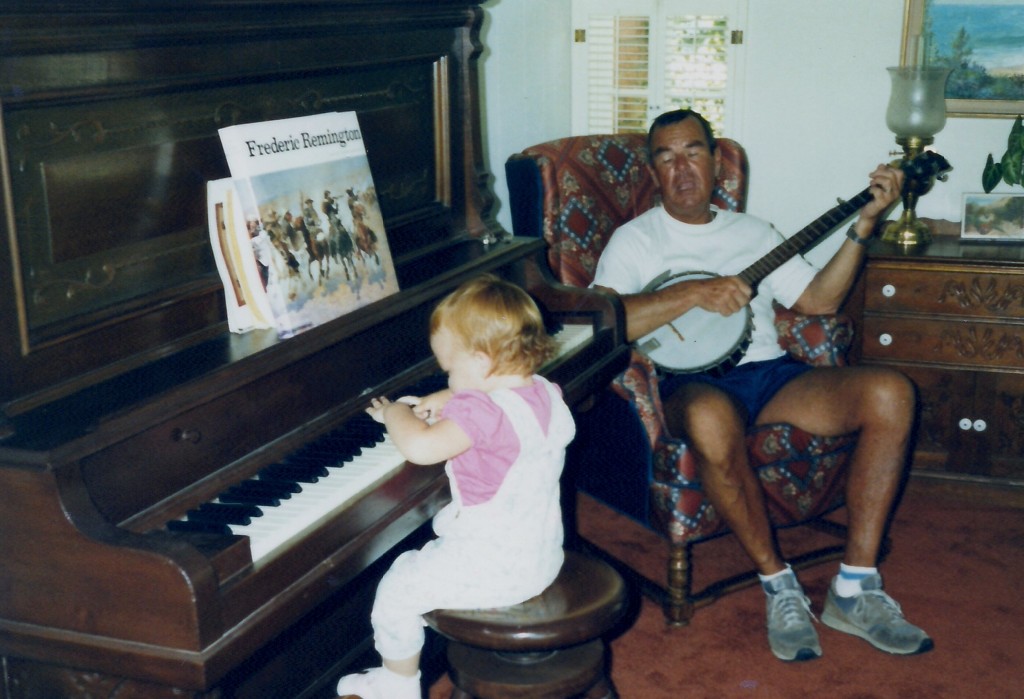 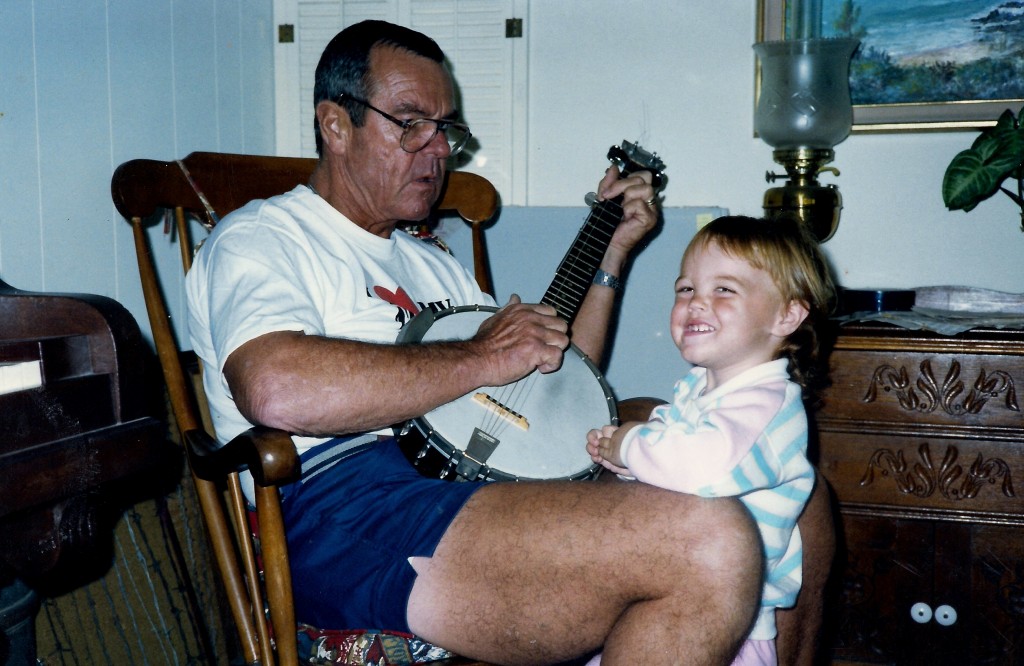 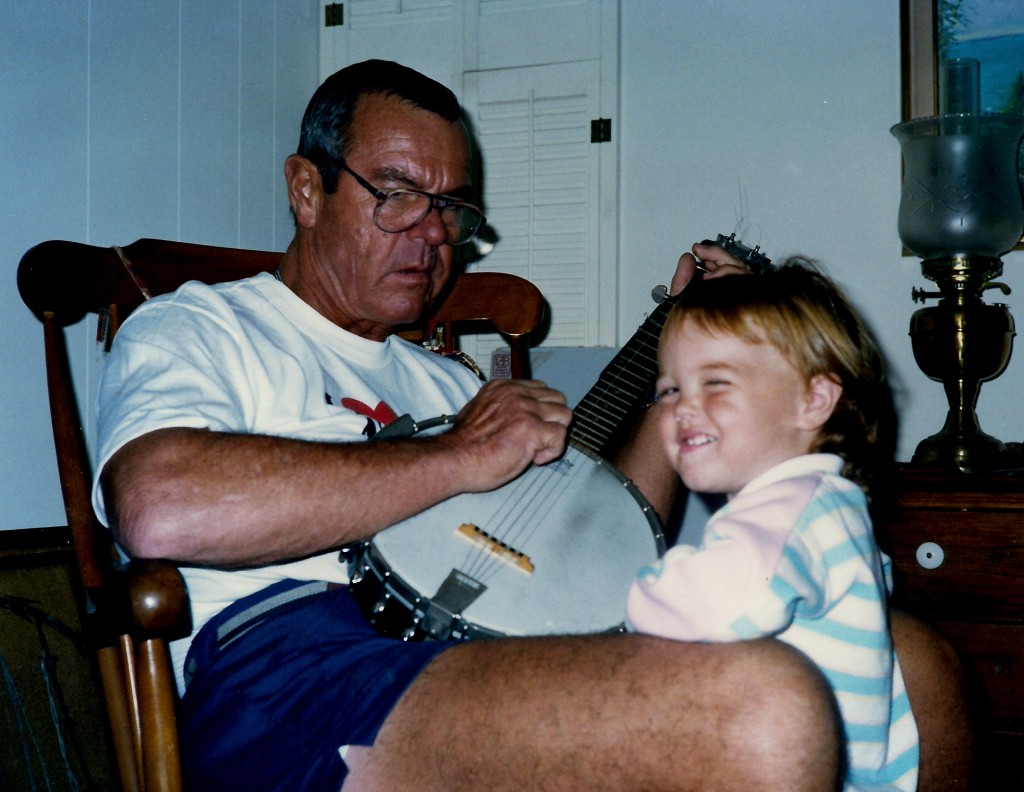 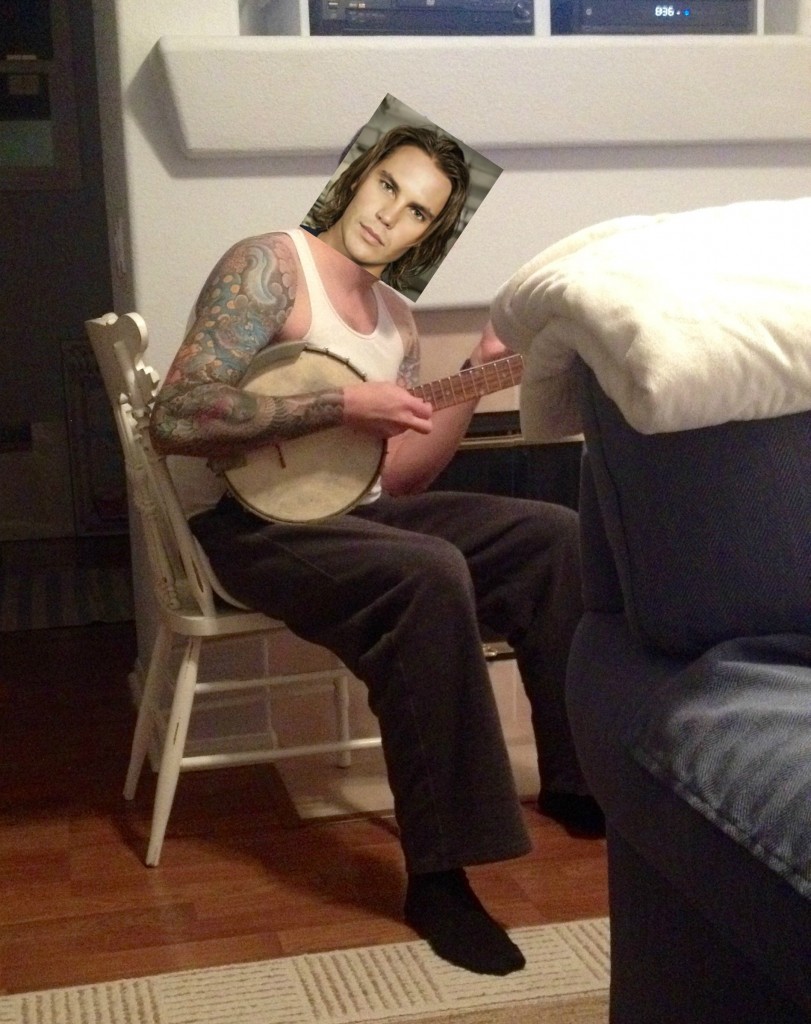