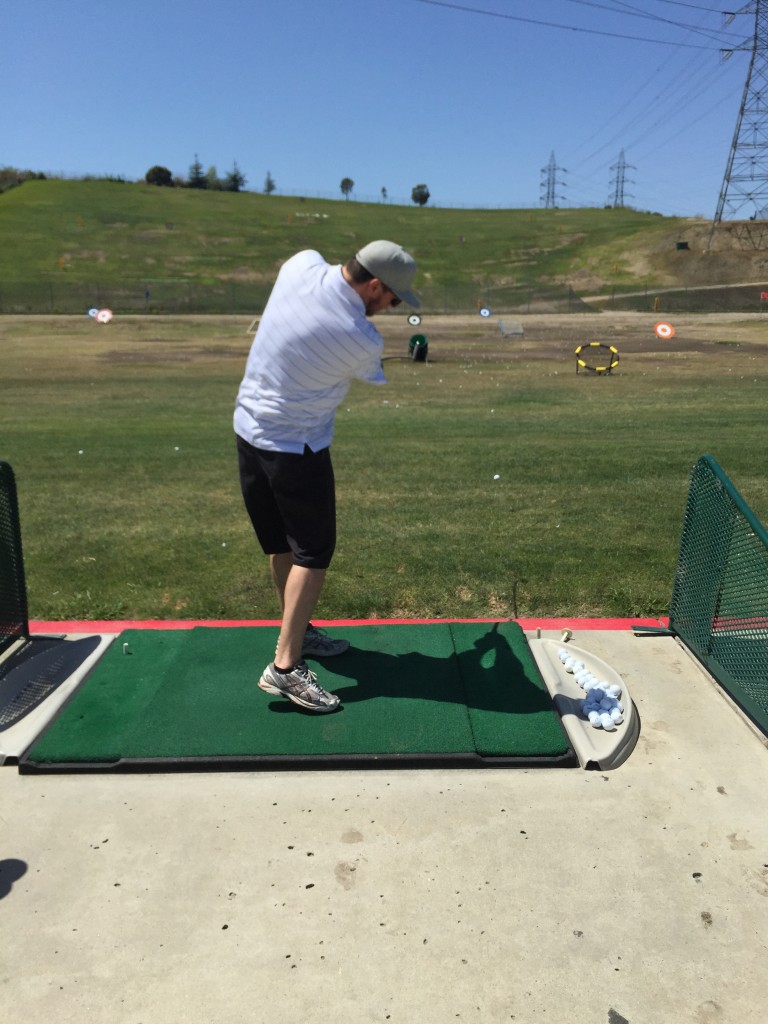 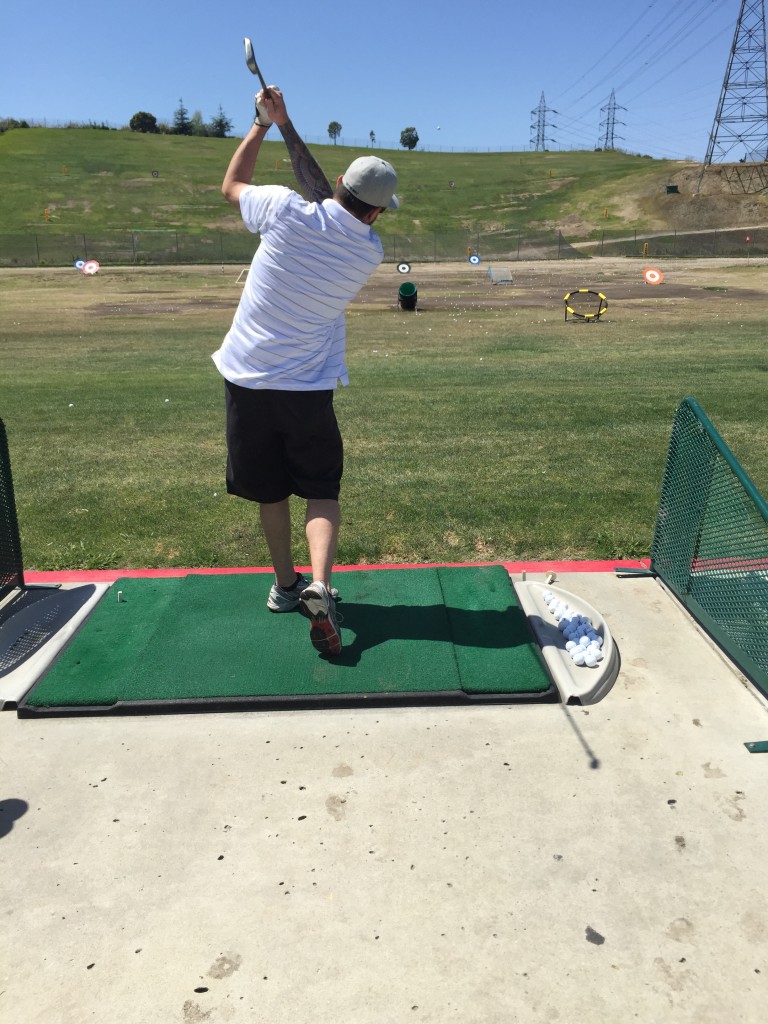 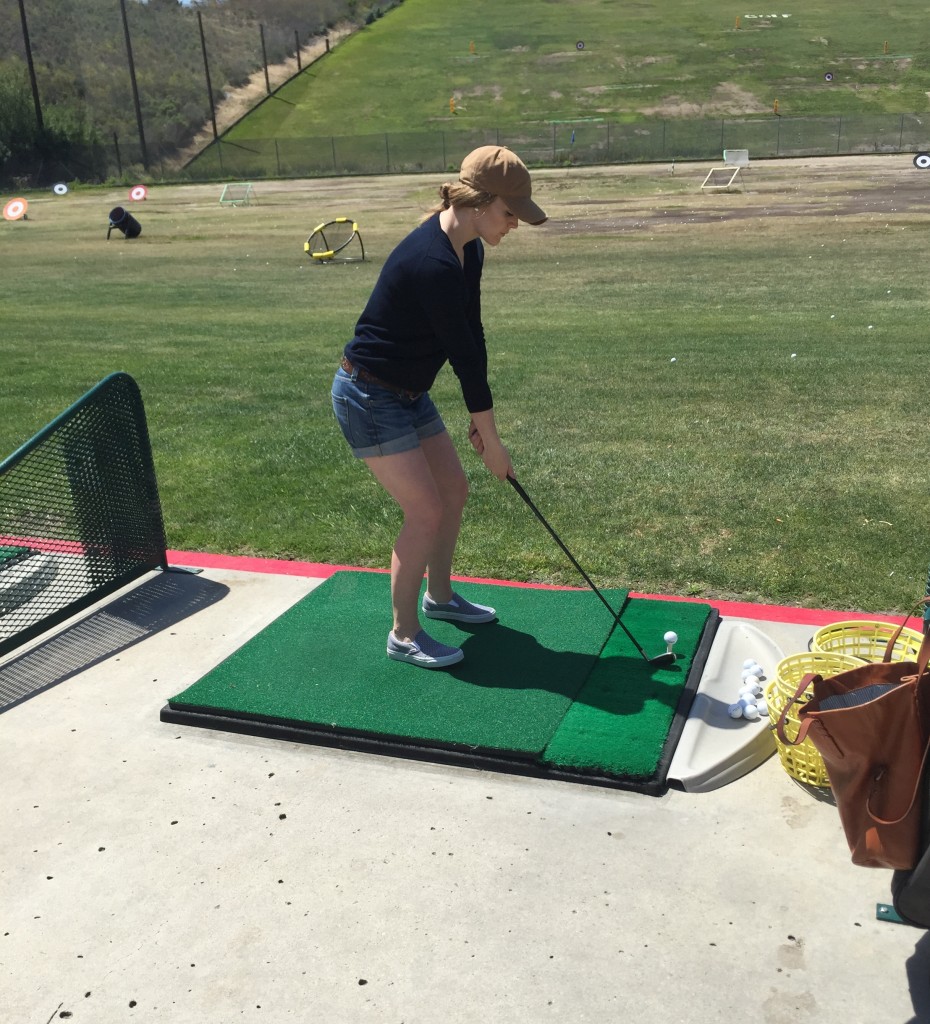 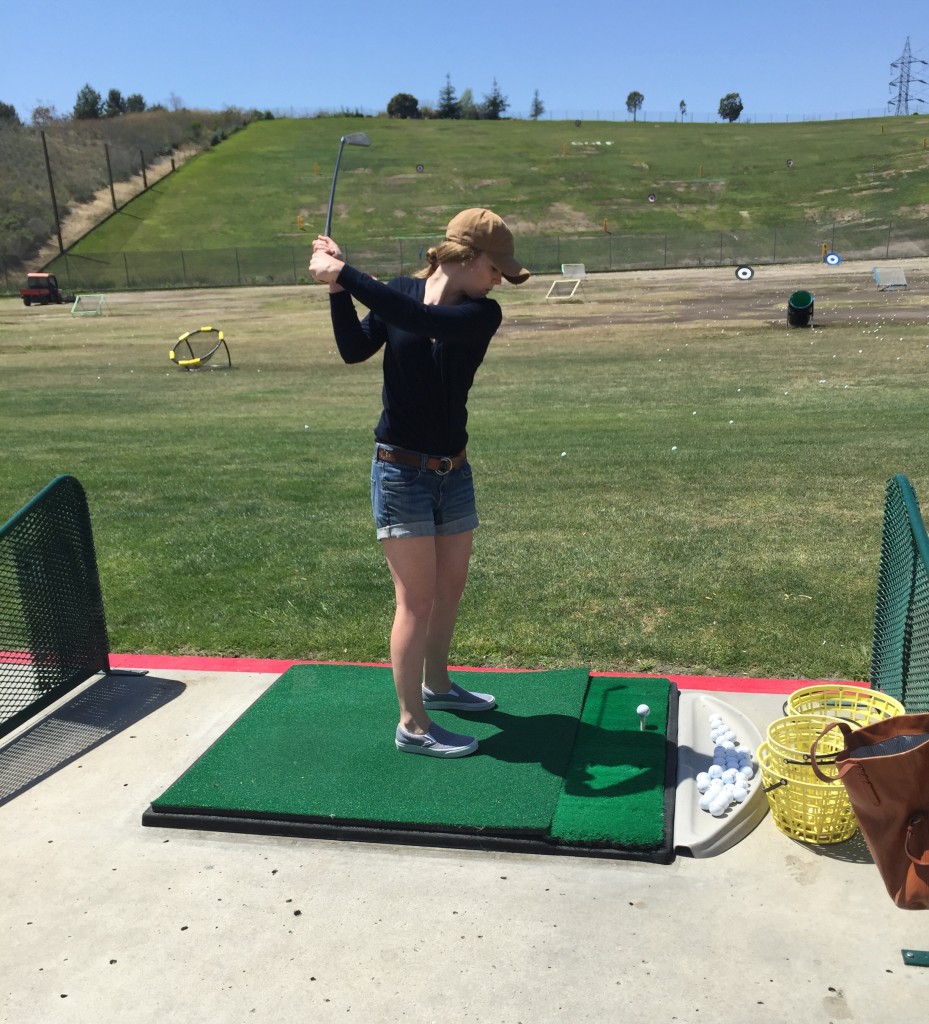 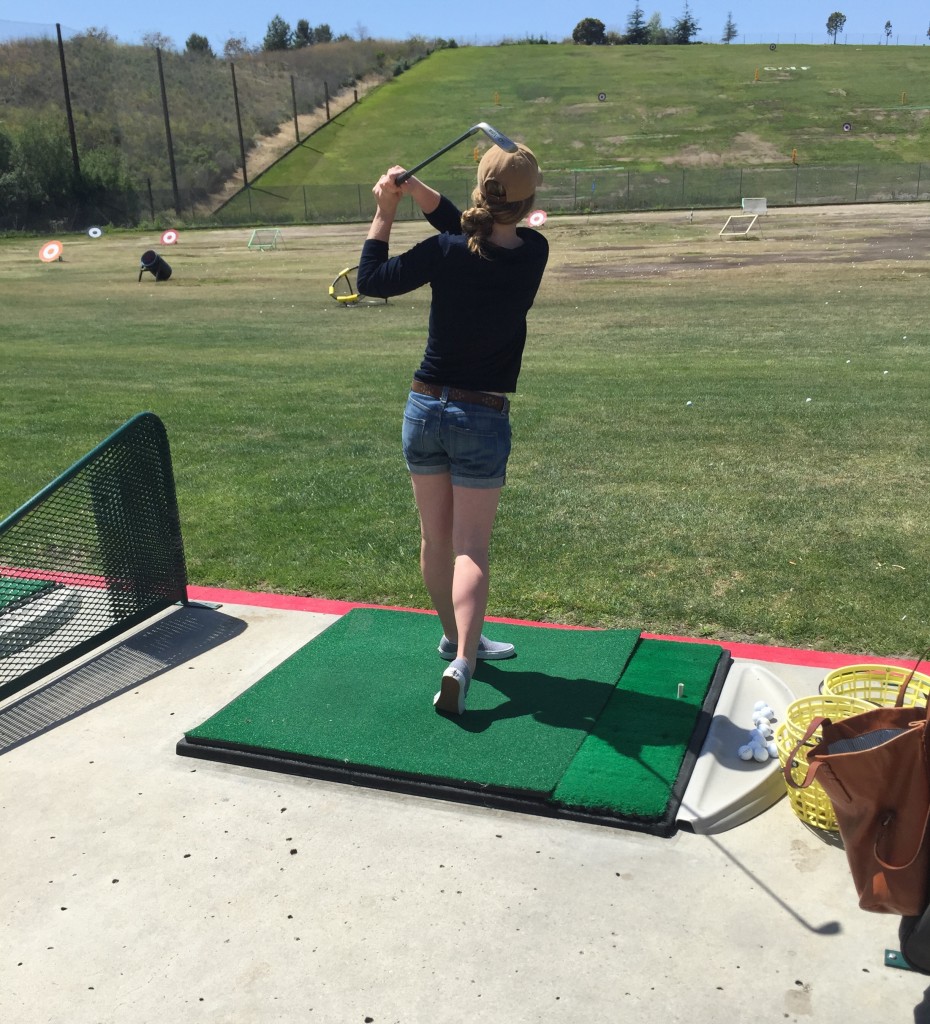 seeing as the 2015 masters tournament had been going on in augusta, georgia since thursday, S and i felt it only appropriate to have a day-date to the local driving range this weekend. channeling my inner spieth, and clad in my best golf get-up, i accompanied S for a lesson in humility. despite having worked at a golf course for nearly eight years, i could count how many times i’ve swung a golf club on one hand. and being the stubborn thing that i am, there’s a reason for that.

but i knew golf was something S was interested in and i loved the idea of sharing in the experience together, so with an optimistic attitude, we threw S’s golf clubs in the back of his truck and set off for the carlsbad golf center, a public practice facility with a driving range and putting green where pros and novices like me can hone their skills. after filling up a bucket of balls when we first arrived, we walked down near the end of the range, locating a pair of vacant adjacent tees away from the crowd. we put down the clubs, divvyed up the balls, and S handed me a 6-iron. i tried to remember everything i had ever been taught about setting up your golf swing -my feet were a little wider than hip-width distance, i was more or less square to the ball, my hands were stacked one atop the other, knees slightly bent, booty out.

i slowly pulled the club back over my shoulder, released my arms, and took a swing. to my shock (and frankly, i think the shock of everyone around me), i not only made contact with the ball, but i managed to get under it enough that i sent it sailing in a high-arched lob near the center of the field. despite the fact that he was wearing sunglasses, the facial expression on S’s face was enough to tell me he was impressed. even the golf rep who was managing his tent a few feet away gave me a big thumbs up when he caught my eye.

“who knew?” i replied, half-giggling.

i continued on, switching clubs periodically (from the 6-iron to a driver to a 3-wood to finish). surprisingly, my momentum carried as i made consistent contact with the ball, though there may or may not have been a half dozen “practice swings” at the end. but overall, i was pretty pleased with how well my first driving range experience (first in a decade at least) had gone. and where there had once been stubbornness and feelings of frustration, i left feeling excited to make a date for a future visit.