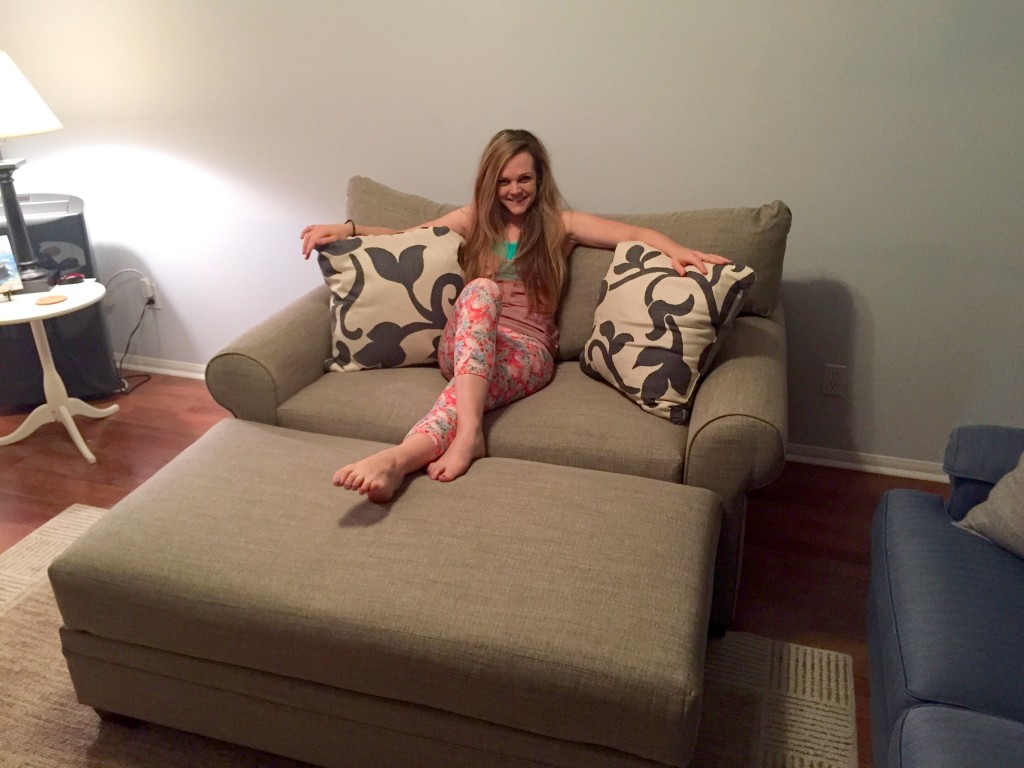 i’m sorry i’ve been MIA this week, i’m covering two positions at work until the fall and things are a little nutsos. but in the midst of the chaos this week, guess what?!

well, actually, in the midst of chaos was a little more chaos.

the #firstworldproblem kind of chaos, but nevertheless, a story worth recounting.

i didn’t tell you but a few weeks ago, S and i revisited living spaces and that beloved thompson sofa set on the way home from a trip to the driving range. after much deliberation (and a lot of lounging), we decided to pull the trigger and purchase the sofa, chair, and matching ottoman in dove grey. the three pieces also came with six decorative pillows which we were able to customize with a fabric of our choice at no extra charge! after perusing the fabric samples, we landed on an off-white and deep navy (that reads more like black) almost floral-looking pattern to compliment the grey hue of the couch. we opted for two of the pillows to be solid grey, and the remaining four to be half and half. that way, we could mix and match or even add in additional accent colors down the road.

earlier this week, we finally received the confirmation text that our couches had arrived and were ready to be delivered. we were given a six hour window that was later narrowed down to three. thankfully momma was available to meet the delivery guys in our place as that said window was inconveniently in the middle of both S and my workdays (thank goodness for living close to family!). as the hour approached for our furniture to arrive, i became giddy in anticipation. after weeks of cramming ourselves onto two love seats, i couldn’t wait to sprawl out on the plush furniture that evening after class. i imagined mom would send a text with a photo of the newly furnished room, perhaps adding in a smiley wink or thumbs-up emoji for good measure. but instead, i received a frantic phone call from her instead, notifying me that while the delivery guys had managed to squeeze the chair and ottoman through my narrow stairwell and into the living room, the couch hadn’t fared as well. in fact, it never had a chance. one glance at my hallway and a quick measurement of the alcove opening from the stairs into the house and it was clear that the 9′ couch was not getting through the 7′ opening. you might be thinking, what about an alternative means of getting it into the house? and yes, they thought of that, too. the idea crossed their mind to lift it up and over my balcony and approach it from the second floor but apparently my back door went to jenny craig because it’s a lot skinnier than the front one. go (slim) figure.

so what to do? the couch was paid for after all. S and i went back and forth through text, planning our next move. to keep the couch or not keep the couch, that was the question (thanks shakespeare). ultimately, we figured what good is a 9′ couch if you can’t fit it into your house to enjoy it? so we sent it back with the delivery guys and i sprang into action with plan B.

i called living spaces and relayed to them our plight. i’m sure i gave the representative way more information than she needed but i figured the bigger sob story i told, the more apt they’d be in refunding our money. turns out, this sort of thing happens all the time. for a nominal restocking fee, all we had to do was come back into the store to either process our refund or peruse the showroom for a comparable replacement. upon hearing this news, i could feel my shoulders relax out of my earlobes. i realize in the grand scheme of things, a couch that won’t fit up your stairwell is a pretty minute problem to have, but this was my first real big kid furniture purchase, and i guess i had just wanted it to go as perfectly as i had imagined. but then i remember life isn’t perfect. and if anything, we still had an absolutely adorable (and spacious) chair and ottoman that is plenty big for two and that it probably would have been a good idea to measure everything before we signed on the dotted line.

but live and learn, right?

so tonight we’ll head back to living spaces with a tape measure and a plan. we’ll scour the showroom a third time and hopefully find a smaller (and skinnier) couch to fit our sofa-shaped void. we might have to wait another few weeks for said replacement to arrive, but if that’s the case, at least we have those blue love seats (we’re still trying to sell on craigslist) to tide us over.

funny story aside, this whole buying new furniture experience has certainly made me feel very adult. and while that’s kind of weird to say, i’m embracing this new chapter of life where i seem to spend less at j.crew and more at bed, bath, and beyond. for the first time since owning my sweet abode, i’m excited to make it my own. i’ve always seemed to live halfway invested, as if my time there was temporary or fleeting. but after nearly eight years, i’m finally ready to put down real roots. and in order to do that, i’ve decided i’d like to completely redecorate my home. from new paint colors and art on the walls, to new accent tables, lighting fixtures, and knobs on the cabinets doors, i want to create my dream sanctuary. of course i realize this won’t all happen overnight, but S and i have a loose road map -taking things room by room, and for that i’m pretty pumped.

we all know sometimes adulthood is overrated. but other times, like when you’re sitting on the only piece of furniture that would fit through your front door in the middle of your living room, dreaming about the perfect shade of grey to paint your walls, 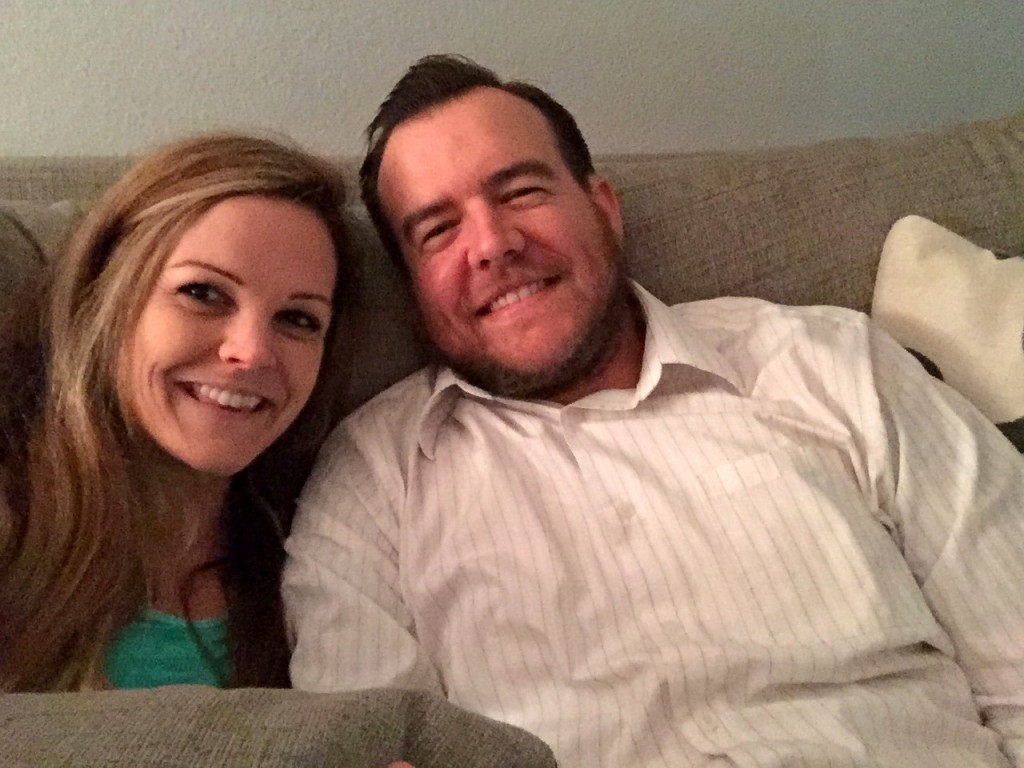