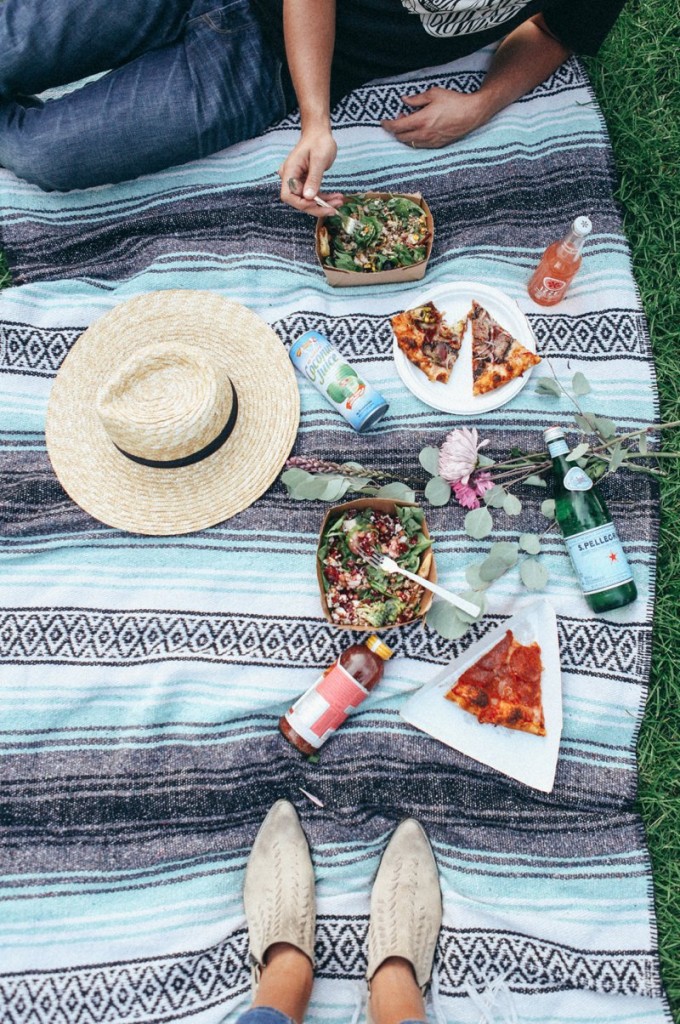 can i get an amen for the weekend? and a THREE-day weekend, at that! what do you plan to do with the extra day? i’m looking forward to meeting my parents for breakfast at beach plum kitchen with S on monday morning and maybe taking advantage of some of the holiday sales (see item #2). it’s crazy to me to think we’re already on the brink of pumpkin spice latte season but with autumn being my absolute favorite, i’m very much ready to trade my tank tops for tights.

anyway, before you head off for your weekend, here are the half dozen things that had me smiling this week:

one || what about (ke)bab? i think if i could only eat one type of cuisine for the rest of my life it would be greek food. all the hummus all the time please and thank you. thankfully S shares my sentiments (though i think he’s probably more partial to mexican food, which would be my second choice), so we’ve spent a good portion of this last year sampling the wares of greek restaurants in the surrounding areas. we have yet to settle upon a favorite so we decided to give the kebab shop a try. the fast and fresh chain combines california mediterranean with european turkish influence to produce a diverse menu for meat lovers and vegetarians alike. S opted for lamb and french fries while i satisfied my craving for hummus and falafel. for a little more than $20 we enjoyed a greek feast fit for a king (if that king had a really really big appetite). needless to say, we’ll be back. kind of like the garlic taste that showed up even two days later after i dipped bits of falafel in the eatery’s signature garlic sauce. whatever, at least we’ll be safe from vampires. 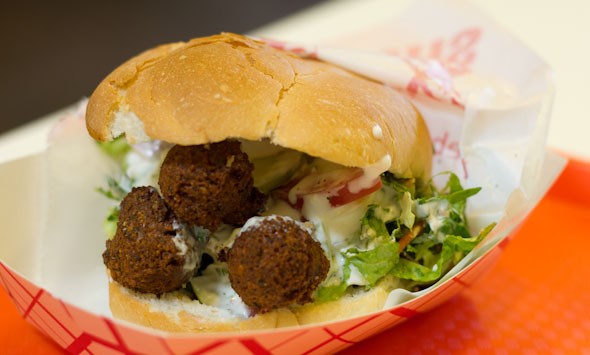 two || labor day sales. aside from having an extra day off from the daily grind, the best thing about holidays like labor day are the SALES! two of my favorite bloggers, natalie of thoughts by natalie and liz from sequins and stripes took all of the guess work out for you and composed comprehensive lists of the top sales happening this weekend at some of my favorite retailers. whether you’re taking advantage of summer sales or stocking up on all things fall, these discounts are too good to pass up! find natalie’s list here and liz’s here. 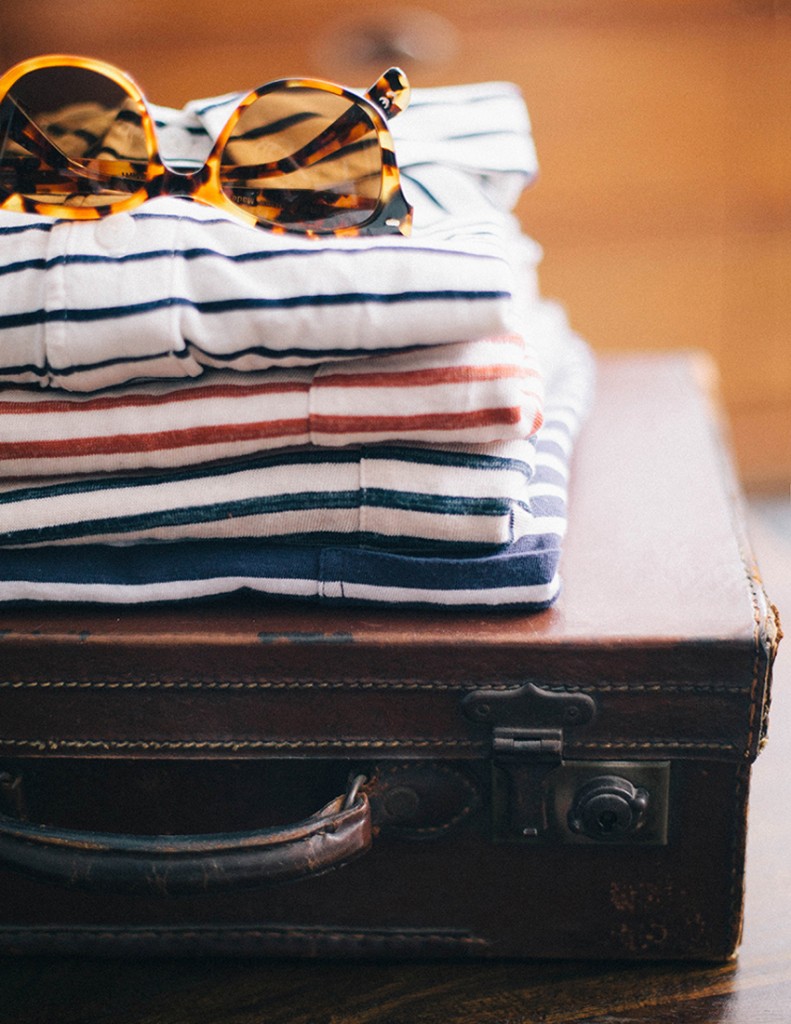 three || she ain’t lyon. for whatever reason this week, i decided to throw myself a little pity party. it was really just a pity-last-minute-get-together because parties imply that there’ll be cake. and there was no cake. anyway, i started to get really down on myself. over the past few weeks i have watched others around me begin chasing their dreams and starting new endeavors and i felt for a minute that maybe what i was doing in my own life just wasn’t enough. but by the end of the day, i realized with the help of family and S that if i added one more thing to my plate right now i think i might actually implode. and that above all else, comparing myself to others was ultimately a fruitless endeavor. i also stumbled upon some advice from jenna lyons, j.crew’s president and creative designer and just an overall bada$# boss lady (with a wicked wardrobe to boot). in an interview for the coveteur she offered a bit of wisdom that resonated given my current state:

“I think the best piece [of advice] I ever received is when someone pulled me aside one day and was like ‘stop worrying about what everyone else is doing, the people around you have nothing to do with you, just do your own thing and stop,'” she said in the interview. “Everyone has this tendency to mark themselves against other people and I think the world just does not work that way.”

thankfully, my funk didn’t last long. i quickly realized that there are far too many good things transpiring in my life right now to waste another second on being discontent that my days don’t resemble that of a certain blogger or celebrity or even friend. but i wanted to share this little hiccup this week to let you know that sometimes things aren’t always peaches and cream. and that’s okay. i’m grateful for the discernment of others and for my own ability to recognize when distorted truths become reality. and for jenna lyons’ words of wisdom, too. 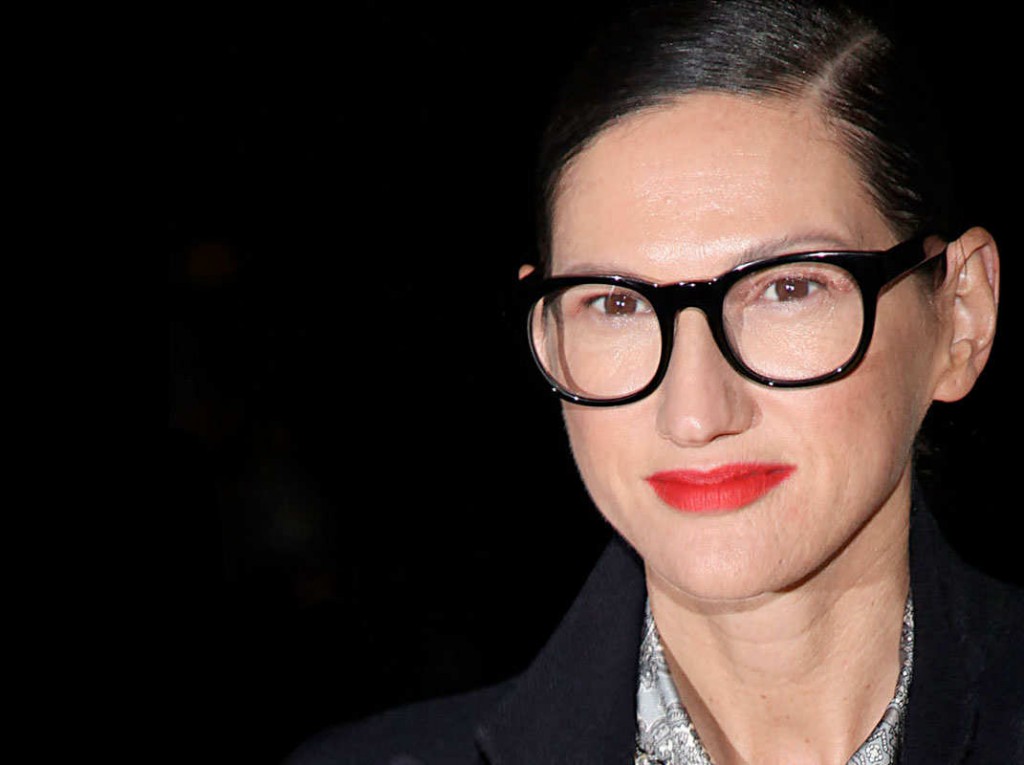 four || dressed for success. are you watching this season of project runway? if not, you should be. if only for tim gunn and swatch. we’re well into the season by now and after watching him successfully execute two magnificent gowns, i’ve definitely picked my favorite designer. edmond newton has tried out for every single previous season of project runway only to be denied prior to casting. but not this year! after falling short for 13 seasons, edmond’s patience and perseverance finally paid off as he was picked to compete in season 14. since then he has definitely proved to the judges (and to me!) why he’s worthy of the opportunity to win the grand prize. he has taken home two wins thus far -one for his construction of a wedding dress out of -get this –hallmark cards, and the other bestowed during last night’s episode where he transformed a white paintball jumpsuit into a halter-necked evening gown. the amount of talent out there, especially when it comes to fashion designers, truly is remarkable. i can barely sew a button and these people are creating garments out of wedding invitations! anyway, i really hope edmond continues to excel in the competition because maybe one day i can wear one of his designs. one that is preferably made from fabric, though. 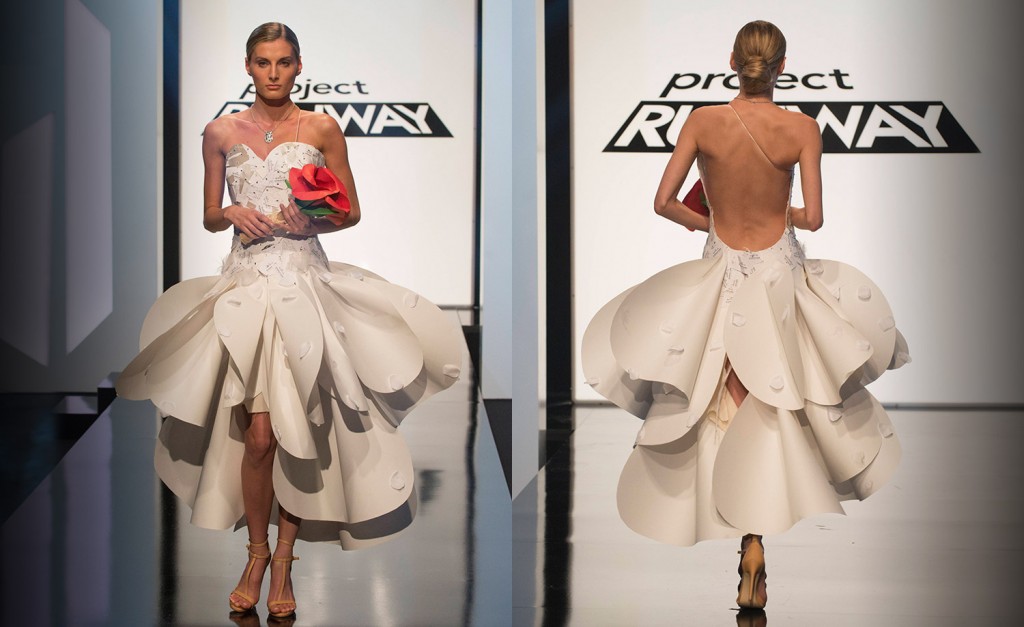 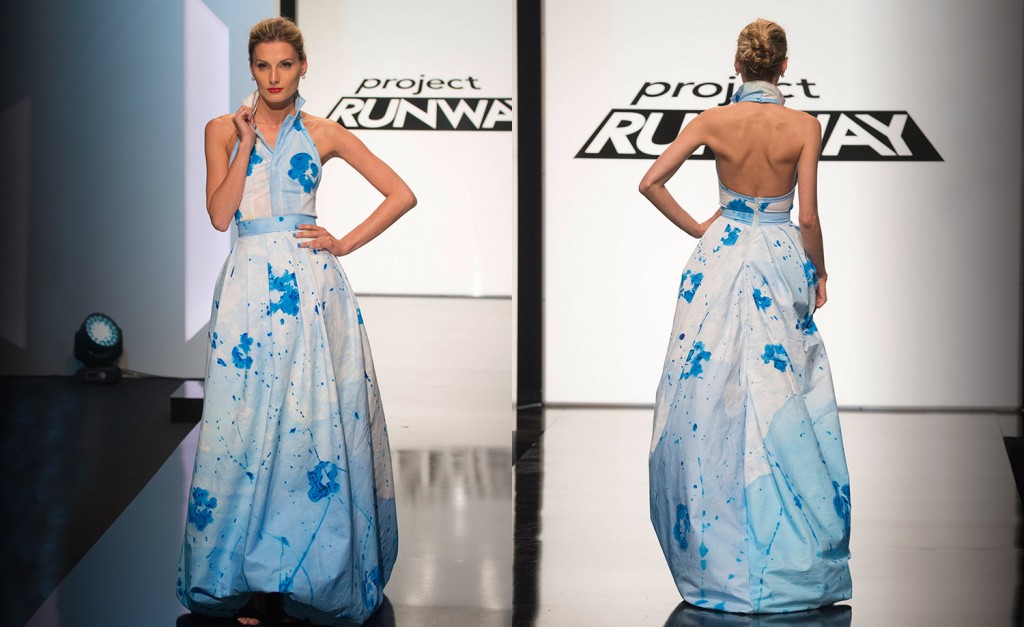 five || gracias, merci, grazie, thank you. i LOVE stationery. it makes me so happy being able to have stacks of note cards for use at a moment’s notice -whether to send just a simple love note, to encourage someone going through a rough season, or to thank a friend for a thoughtful gift or gesture. my favorite place to find good (and budget-friendly!) stationery is none other than target. on a recent trip there over the weekend, i found myself wandering down the card aisle, mesmerized by the menagerie of options. granted i had only gone into the store for band aids, toilet paper, and cotton balls, but somehow a new pair of tights (that were, in my defense, on crazy clearance), and a fresh pack of thank you cards also found their way into my cart before checkout. weird how that happens. anyway, i picked up a box of floral printed thank you notes and i’m kind of obsessed. even S noticed the cute envelope detailing when i had them out and was writing cards later that afternoon. anyway, if you’re in the market for some cute stationery, target is your place. 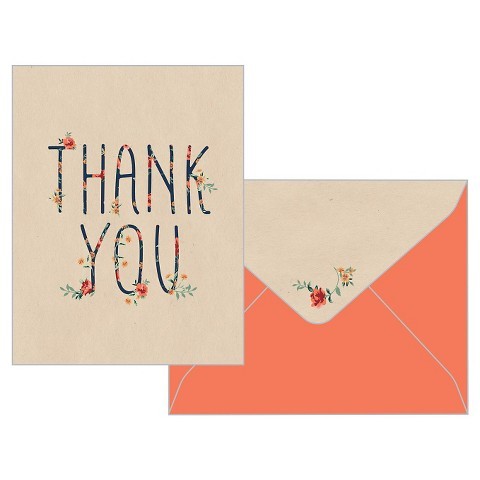 six || fourteen as a team. and just because i’m cheesy and think even the littlest of things deserve recognition, yesterday S and i celebrated fourteen months together! someone asked me the other day if the “honeymoon” stage had worn off yet. without a second thought, i answered, “honestly, i don’t think that feeling will ever go away.” to which she immediately replied, “awwww.” (insert all the feels here). with each passing day, week, and month i come to love S even more and i’m so grateful to experience life by his side. happy fourteen months to us! i’m truly the luckiest <3. 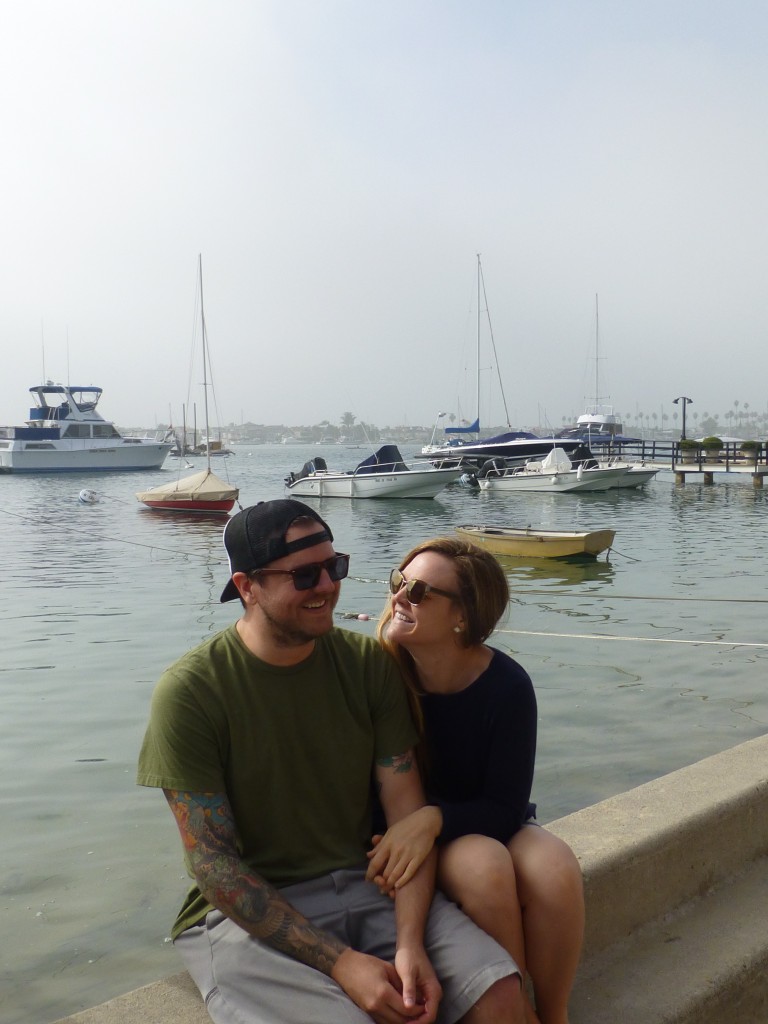 so on that sappy note, have a marvelous labor day weekend! three WHOLE days of fun, i can’t wait!