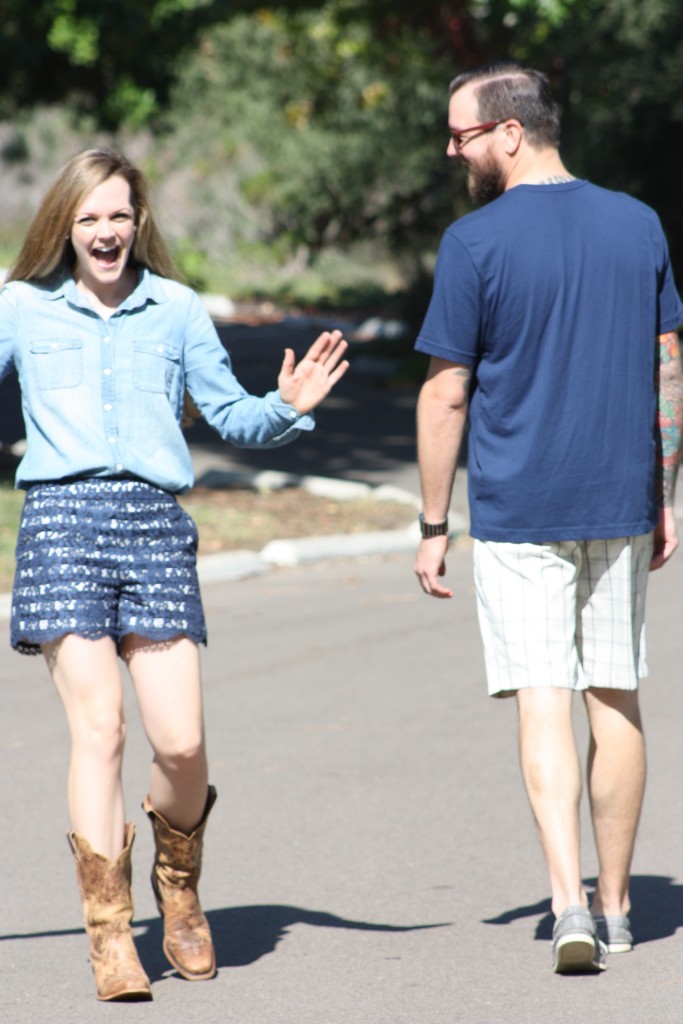 there’s power in looking silly and not caring that you do.

i was a very shy child. if you met me now, you’d probably never believe that was true. but somewhere between hiding under tables at red robin and being a wall flower at birthday parties to now, being on a britney mic five times a week, i began to feel more and more comfortable in my own skin. the confidence i had in myself seemed to directly correlate to how vulnerable i could be with others -to the extent that now, at 30, i hardly bat an eyelash if i do something that others might deem “embarrassing.” i’ve come to learn that like amy so perfectly put, there IS power in looking silly and not caring that you do. there is victory in allowing yourself to be silly or goofy or (tastefully) inappropriate not just in the safety of your own home, but in public where other humans might see. and maybe most importantly, there is freedom in simply not caring too greatly of what others opinions of you might be.

over the holiday weekend, my parents treated S and i to breakfast in exchange for our modeling talents. mom wanted to capture some of the fall colors beginning to form at san dieguito park and lucky for her, S and i prefer to be paid in bacon. despite the fact that the temperatures hardly felt like fall, we did our best to strike our fiercest poses amidst the transitioning trees. i’ll have more photos to share later in the week, but i wanted to post this one in particular for how it coincides with my earlier sentiments.

if i could describe S and my relationship in one photo, this might be it. i’m a little bit crazy and he’s, uh, not so much. we balance each other. like yin and yang. he keeps me grounded and i remind him it’s okay to be silly sometimes. what you’ll notice in this picture more specifically, is that while i’m doing something ridiculous, S still looks on and smiles. never for one second has he attempted to change me or dial back my outgoing personality to suit his needs. he simply accepts me as i am -crazy and all.

and that, my friends, is true love.