today’s ensemble is from a shoot S and i did in congruence with a post i’ll feature later this week. unfortunately because i’m terribly picky (and highly self-critical), i didn’t love a bulk of the photos so i made the executive decision to keep them off the blog. well, all but the one below. i actually really love this photo. mostly because it captures the incredible light we found just shy of “golden hour” and the fact that i look like i’m in the middle of anywhere but suburban san diego. would you believe this fern gully oasis is just a mere feet away from my house?! you better believe it’ll show up as the backdrop for a few (hundred) more photo shoots.

ANYWAY, this is a photo i posted on instagram last week. the blouse is actually my mom’s because she’s hip and shops at anthropologie and sometimes i “borrow” her clothes because it’s cheaper than going shopping. the shorts were an impulse buy late last summer, as were the shoes, but both have proven to be staples in my warm weather wardrobe. to me, this look has a bohemian feel but is still ultra feminine -a vibe i plan on recreating in future outfits all season long. 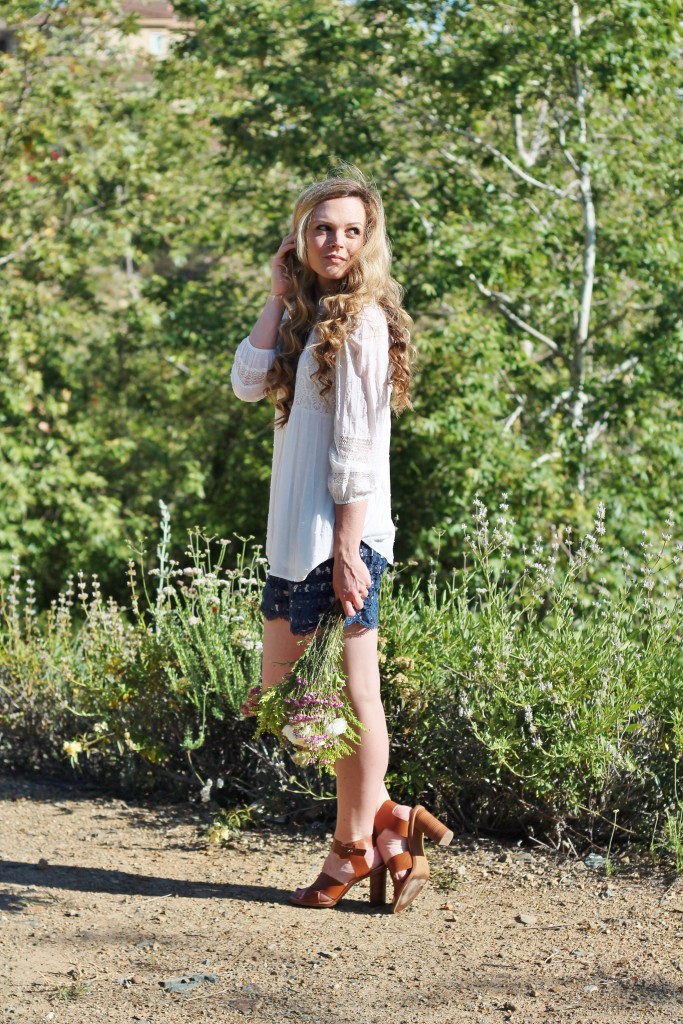