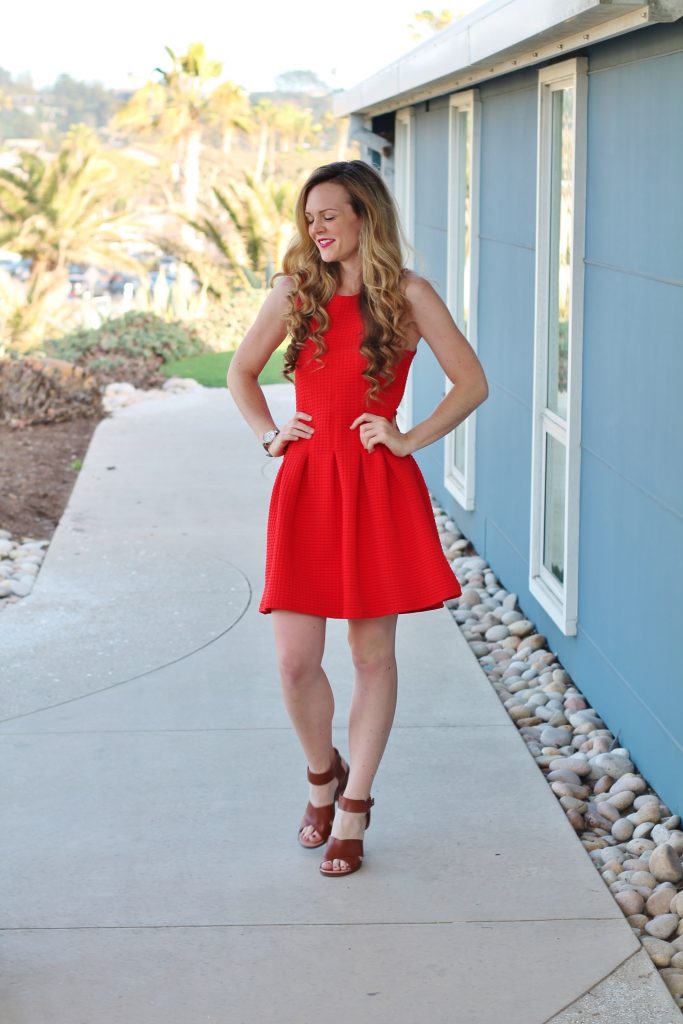 who knew a $15 dress from h&m would end up being the outfit i wore on the most important day of my life?!

if you haven’t seen the news on instagram, S AND I ARE ENGAGED! and it happened in the most perfect and uniquely “us” kind of way -in the middle of a blog photo shoot of course! 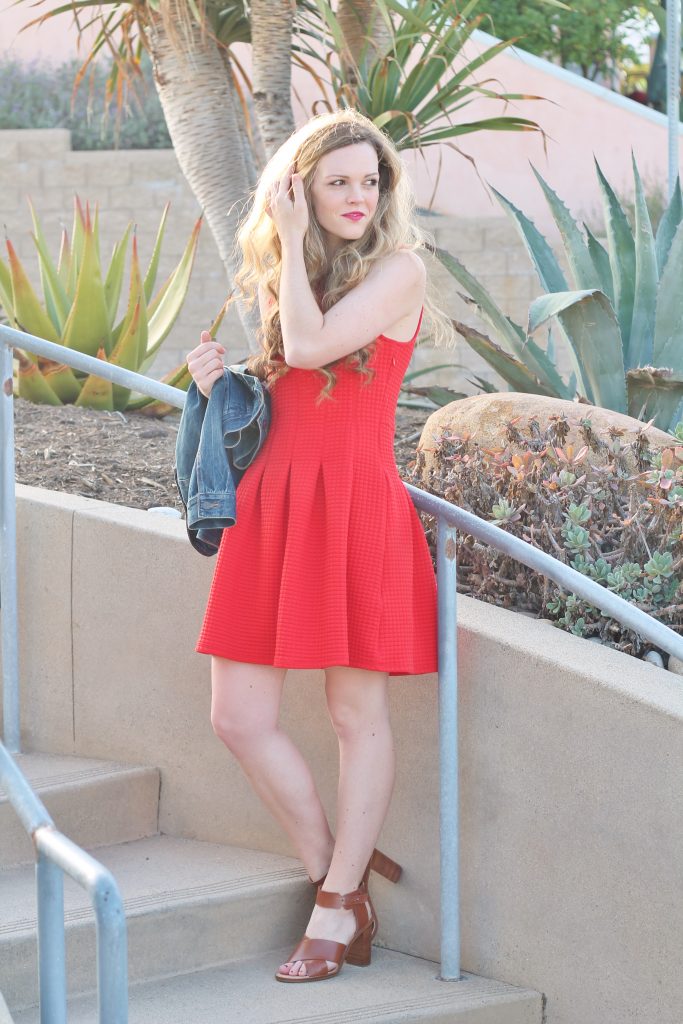 after recreating our first date last week, i thought nothing of it when S suggested we recreate our second date (sushi at matsuo’s) this past weekend. actually, i thought it was terribly sweet and was thinking S had really stepped up his courting skills lately. that morning i did as i always do on saturday mornings -i took the 8:15 a.m. studio barre class and taught the subsequent two classes at 9:30 and 10:45. instead of heading home, however, i met four of my closest girlfriends (we missed you, M!) for our monthly brunch date. it was there that the conversation eventually drifted to S and my upcoming trip to chicago and whether or not the looming engagement would transpire there. i smiled and shrugged as i normally did when the question was posed. it was definitely possible, but how terrifying to fly with a ring! i entertained the idea for a moment before the conversation eventually turned to pancakes (as they often do) and that was that.

but i won’t lie and say that something in me didn’t begin to have an inkling. an inkling that a proposal was imminent. but not in chicago. rather, here. in san diego. and maybe tonight! 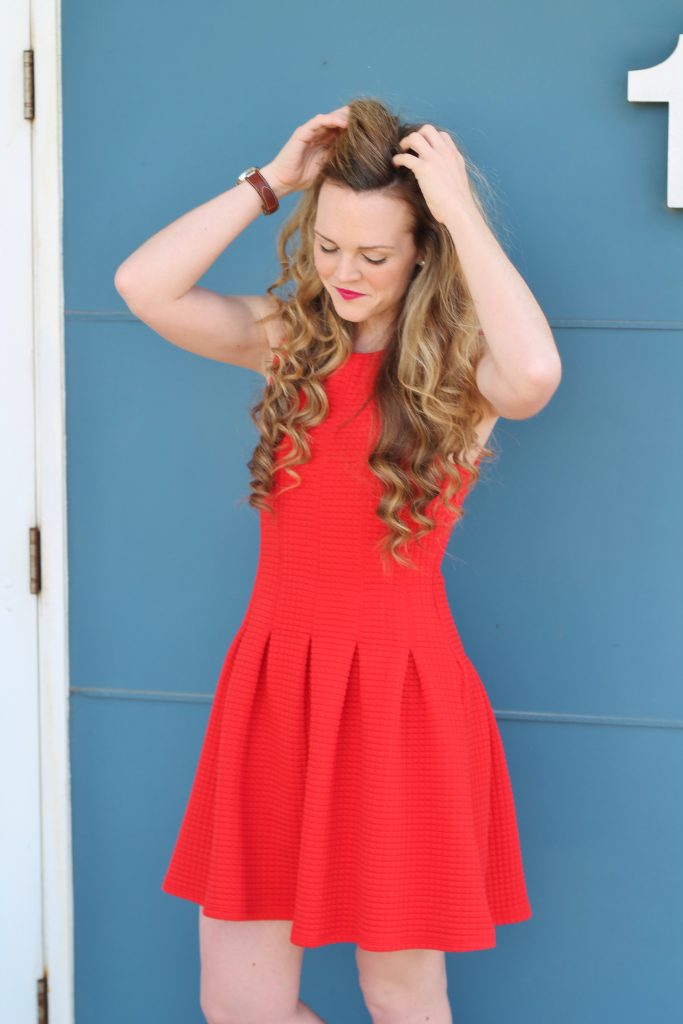 i hedged my bets by opting for a little red dress and heels instead of my standard skinny jeans + frilly blouse combination that had become synonymous for my weekend wardrobe. i took a little extra time in curling my hair and painted on a matching red lip. even if it didn’t happen tonight, it was in the very least an excuse to dress up. and in true style blogger form –also an excuse to stage a photo shoot. 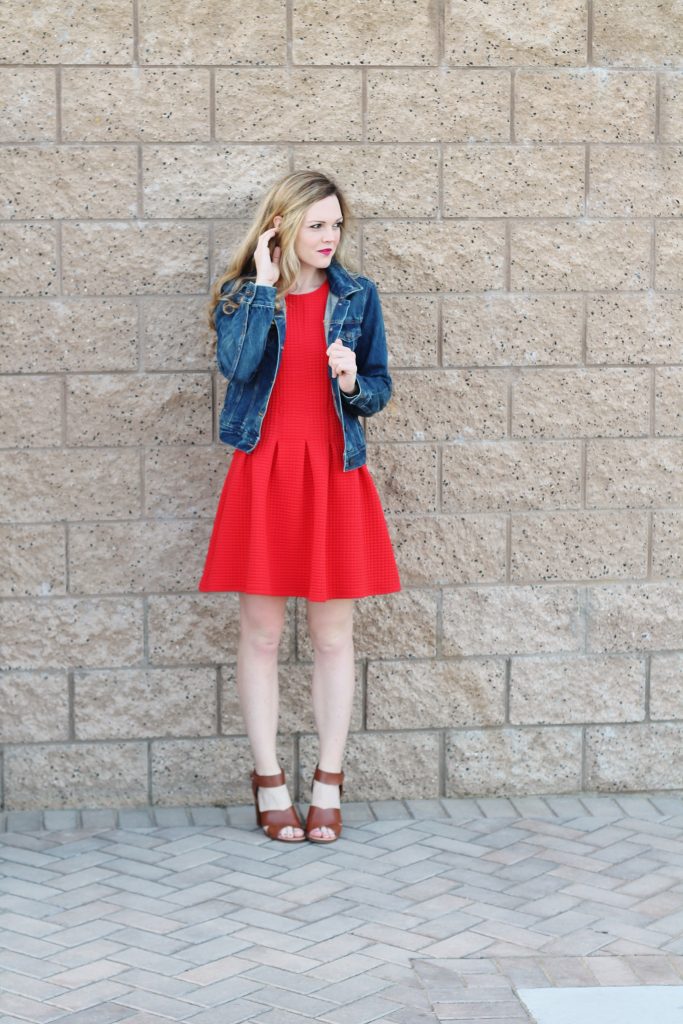 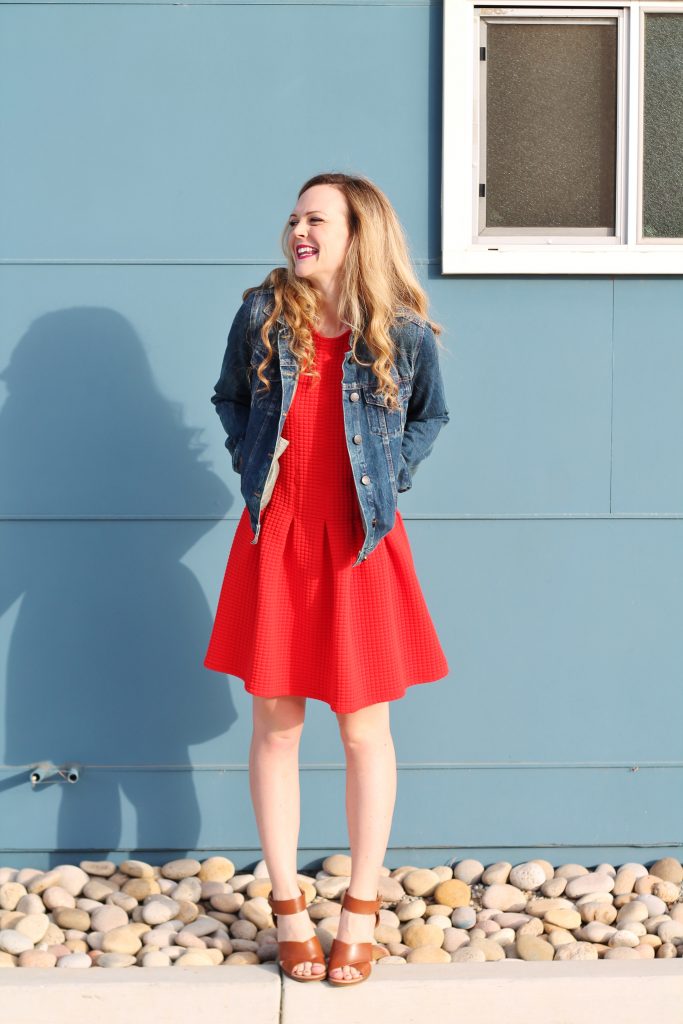 which is what we did on our way to dinner. with the restaurant mere yards away from the beach, we pulled off at fletcher’s cove, a sleepy beach inlet surrounded with flower-covered cliffs. i immediately spotted the succulent lined community center with its bright blue and white trim and knew it would be the perfect backdrop for what i believed to be a routine photo shoot. unbeknownst to me, when S had grabbed the camera out of the back seat of his truck, he had also tucked away a small ring box into the front pocket of his jeans.

i posed, he snapped.

i had wandered over to the chain link fence overlooking the pacific ocean, and with the breeze blowing, i asked S to snap a few more shots since it kind of felt like i had my own personal beyonce wind machine. when we had reached what i believed to be capacity for photos for the evening, S asked that we take one more. as i turned my gaze from the ocean to meet his, i saw him pulling a tiny box from pocket. wait a minute, i know what that kind of box means!

it was then that i like to believe i had an out of body experience. as soon as i spotted the ring box in his hand, i immediately broke into hysterics. obviously predicting said response, S quickly offered out a handful of tissues. in between whimpers, i alternated between “oh gosh” and “it’s happening!” because even in the exact moment it was happening, i couldn’t quite believe that the proposal i had waited nearly 31 years for was finally transpiring. as he bent down to one knee, he told me he loved me and asked the question i had imagined answering a thousand times in my day dreams. just as soon as the words escaped his mouth did i respond with an enthusiastic, “of course!” he slid the ring on my finger and i may or may not have let out a celebratory scream.

and then we sat on a cement bench overlooking the pacific ocean on a perfect spring evening, trying but failing to process what had just taken place. and it was divine. all of it. the ring, the proposal, the man i will get to call my husband(!), and the timing of which every detail in the story of us has unfolded over the past 22 months. what had begun as a simple pre-date night blog photo shoot ended as the most important day of our lives thus far. and i am the happiest. 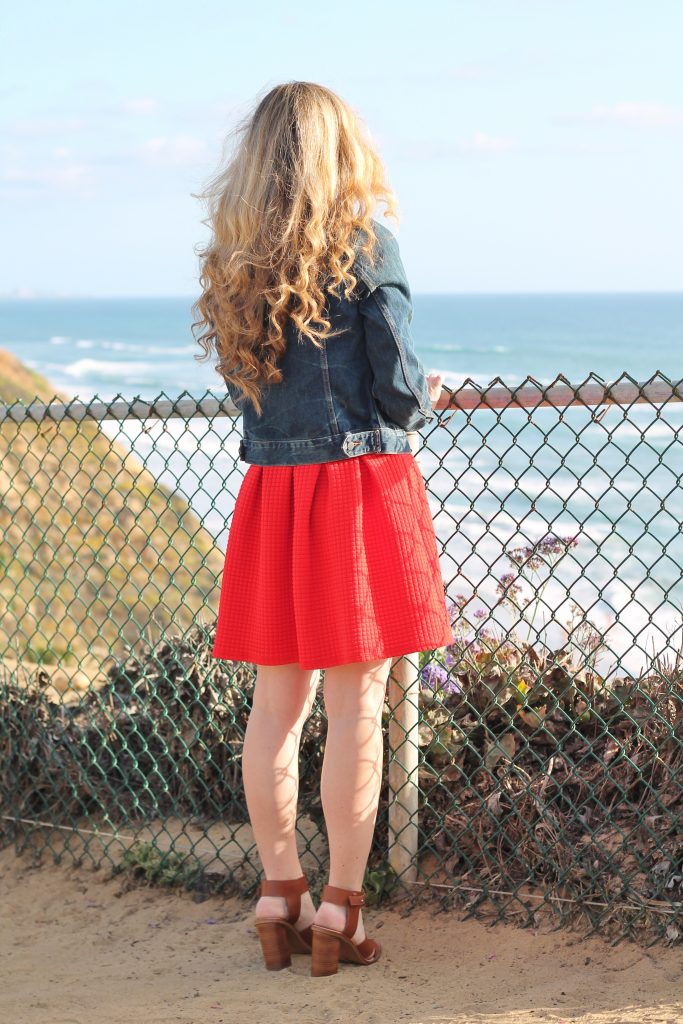 my last photo as a single lady!