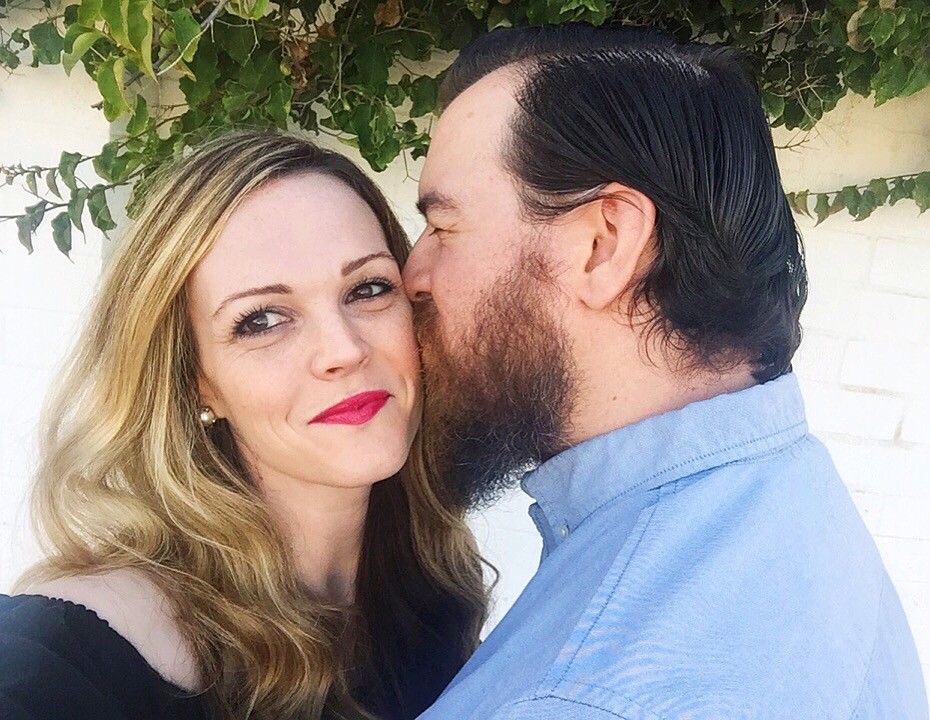 another weekend, another item checked off our wedding list of to-dos.

we actually checked two things off the list, but the second one is a topic for later in the week 😉

anyway, saturday afternoon was all about finding out wedding bands! we went to gems of la costa, the jewelry store where S designed and purchased my engagement ring, to peruse their selection. having a pretty clear idea of what i wanted in my mind, i scanned pinterest to find a tangible example to show the jeweler. 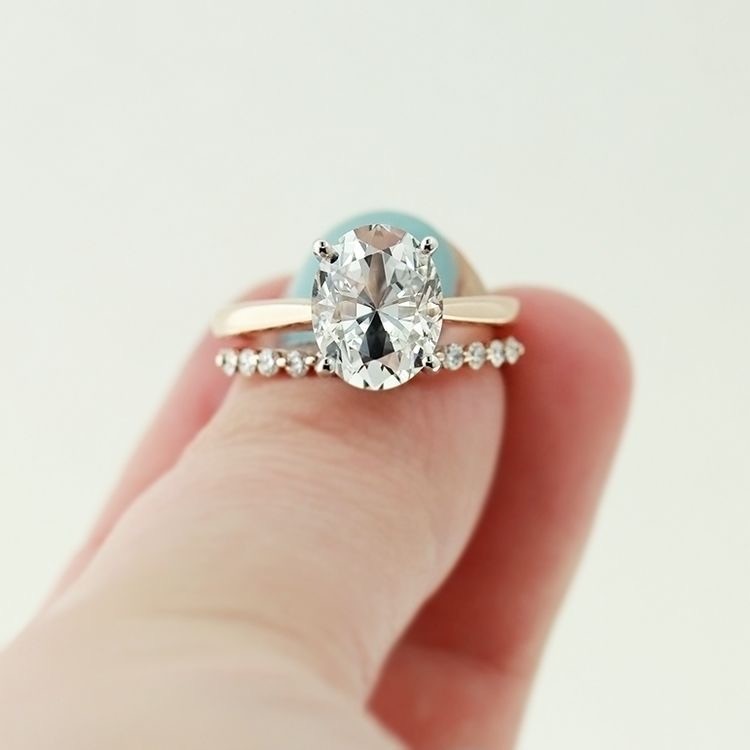 since my engagement ring is a solitaire, i liked the idea of getting a little blingier (that’s a word) with the band. additionally, since my engagement ring band is yellow gold, i thought it might look neat to mix metals by opting for a white gold wedding band -that way the two would look interesting when paired together, but also unique when worn alone. while i don’t want to share the exact band i eventually chose, i will say it looks fairly similar to the pair shown above. 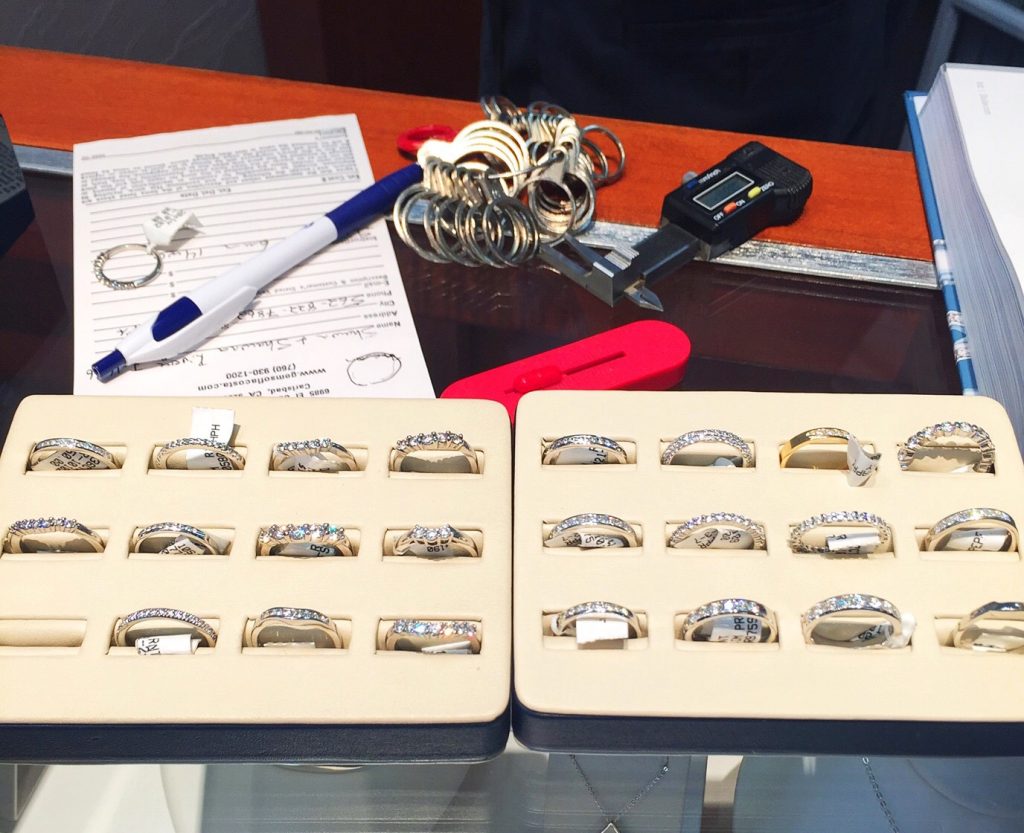 this may come as a shock to you but S did not peruse pinterest before going ring shopping, so it was kind of fun to watch him look at the box above and try on a few different styles and colors before deciding upon his ideal band.

while i didn’t imagine it being difficult by any means, i was still a bit surprised by how quick and easy the whole process was. once we had gotten sized and placed the order for our rings, i also asked patrick, our jeweler, if he could run my engagement ring through the cleaner. he happily obliged and now it looks almost brand new, so sparkly!

i’ll be sharing more about our wedding later in the week. if you follow me on instagram or snapchat (iamshawnaleeann), you may have a good idea about what the next update might entail…