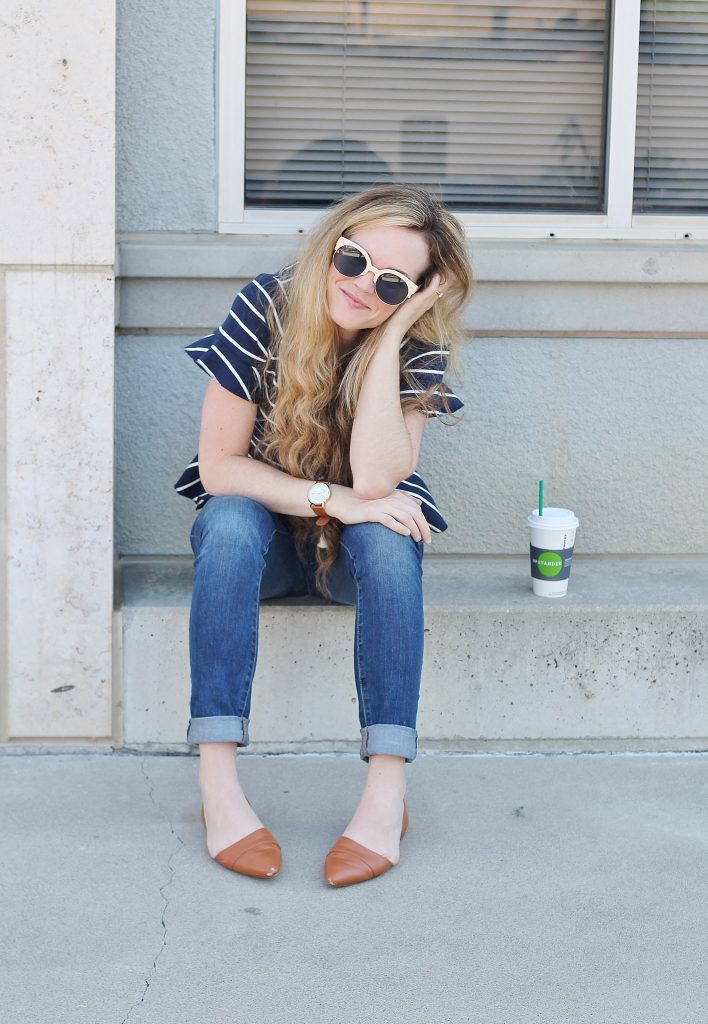 sometimes you buy something that gives you all the heart-eye emojis and you feel guilty keeping the details to yourself. so in hopes that you may experience similar sentiments, here are four things purchased in the wake of my recent wedding makeup trial (and at the recommendation of my makeup artist, janelle) that have captured my heart:

tata harper daily essentials set. after years of battling acne-prone, oily skin in my adolescence, a stint with accutane, and then a resurgence of breakouts just a few years ago(fun!), my journey to clear skin has been a long one. so now that it seems to be under control (knock on wood), i’m pretty particular with what products grace my face. i switched over to an organic-based line about a year ago and treat myself to facials about four times a year and for the most part, i’m pretty happy with my complexion. i still get the occasional breakout (dang hormones), but i am lucky enough to get away without really any face makeup besides a tinted bb cream and a dab of concealer beneath my eyes. but of course i’m always on the look out for better options, especially as my skin changes in my 30’s.

janelle had many recommendations for me, most of them being from tata harper, a skincare and beauty line featuring 100% natural and non-toxic products. though we have similar skin tones and textures, i was hesitant to buy full-sized products at first blush. since no two epidermises are created alike, i wanted to be sure the formulas would react well with my skin before committing to buying a full-size bottle. but in perusing the nordstrom website,  i realized tata harper sold a kit of trial-sized versions of some of their popular products. it seemed like the perfect way for me to sample everything before fully overhauling my entire skincare routine. luckily i had stashed away some gift cards from christmas and birthdays, so i had enough to cover the expense. i’ve been using the products religiously for two weeks now and i’m LOVING the results. they smell good, feel great on my skin, and maybe it’s the placebo effect, but i swear you can notice the difference in my complexion. my favorite products so far are the regenerating cleanser, resurfacing mask, and hydrating floral essence. i’ve been using the cleanser and floral essence in the morning and at night and again, i can’t sing their praises enough.

p.s. yes, the products are a bit on the spendier side, but if there’s anywhere to invest your money it’s into your skincare routine! also, since tata harper is sold at nordstrom, i’ll probably keep an eye out for price reductions during their anniversary sale and on black friday.

evanhealy whipped patchouli vanilla shea butter. as i mentioned above, i grew up with my face being like an oil slick. for years i was hesitant to use any sort of moisturizer out of fear it would only exasperate the issue. but after taking accutane (which essentially dries out your oil glands) and having various treatments done to my face over the years, my skin today could be described as the exact opposite. ironic, isn’t it? and as a result, i constantly struggle to keep it feeling supple and moisturized. janelle mentioned this shea butter product was a miracle-worker on her own dry skin so again, i did some research, found it on amazon and thanks to prime, it was on my doorstep a day and a half later. the whipped consistency seriously makes it resemble cake icing, as does its yummy vanilla scent. a little goes a long way, so the great thing about it is that it should last me well into the winter months when my skin is bound to be even drier than it already is.

laura mercier cake eyeliner in black ebony + brush. i’ve had my fair share of makeup “looks” over the years. the most abhorrent probably being the overuse of iridescent eye shadow from my eyelid to my brow bone (looking at you, sophomore year of highs school). for the last decade (or more?), i’ve lined the inner rim of my eyelids with jet black liner. through trial and error i have found this to be the best waterproof version, but even still, maybe i have oily eyelids or something because by the time 4:00 p.m. rolls around, i always look like a raccoon. so i’ve been investigating other ways to wear liner (aka watching youtube videos) in hopes of finding an alternative practice that doesn’t have me looking like a hot mess by day’s end.

to achieve the doe-eyed, classic look i had requested at my makeup trial, janelle employed a trick that instantly intrigued me. instead of lining the bottom rim of my lash line, with a flat brush she pressed an eyeliner powder into the roots of my upper lash line and not only did it open up my eye, but more importantly, it stayed put even hours later. she swore up and down that in all of her years of doing makeup, she had never found a better liner and that if i was looking for a new one to try, it was the perfect candidate. it should come as no surprise then that i bought it the next day and have been using it ever since. i will say there has been a bit of a learning curve (the first time i used WAY too much water and had giant black tears running down my face), but in time, i know it will get easier (at least i hope it does). after i apply it in the inner corner of my upper lashes in short, staccato-like strokes, i finish with a couple coats of my favorite mascara and clean up any mishaps with a q-tip and a dab of makeup remover.

laura mercier lipstick in antique pink + lip glace in baby doll. plain and simple, these products achieve the quintessential pink lip. you can wear them separately or together. i love how the flattering rosy shade brightens my entire face without overpowering it.

is there something that you’ve bought recently that you can’t get enough of? do tell!