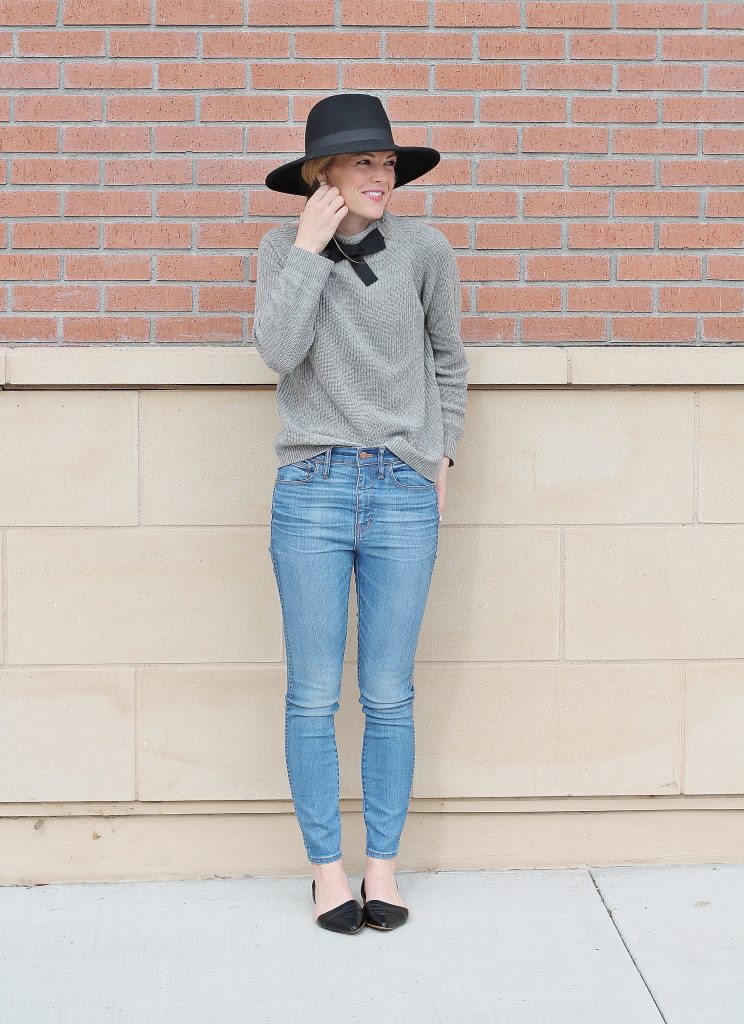 true story: i was essentially bald until about the age of two. so much so that people often complimented my mother on what a cute son she had instead of daughter as we waited in the check-out line at the grocery store. to help my cause, i think mom my tried her best to adhere tiny bows to what little hair i did have to avoid a similar situation in the future.

fast-forward over 30 years and a couple things have (thankfully) changed. one -i finally found favor with the almighty hair gods (and then some) and two -instead of donning them on my head, i love wearing my bows on my clothing instead. i’ve mentioned many times before how i love a good feminine detail (lest you need reminding of my current ruffle obsession) so when i spotted this bow-adorned sweater from j.crew recently, i knew it had my name written all over it. i decided to opt for the grey version but after receiving it and feeling how perfectly light-weight and soft it is, i think i might go back for the cream one as well. 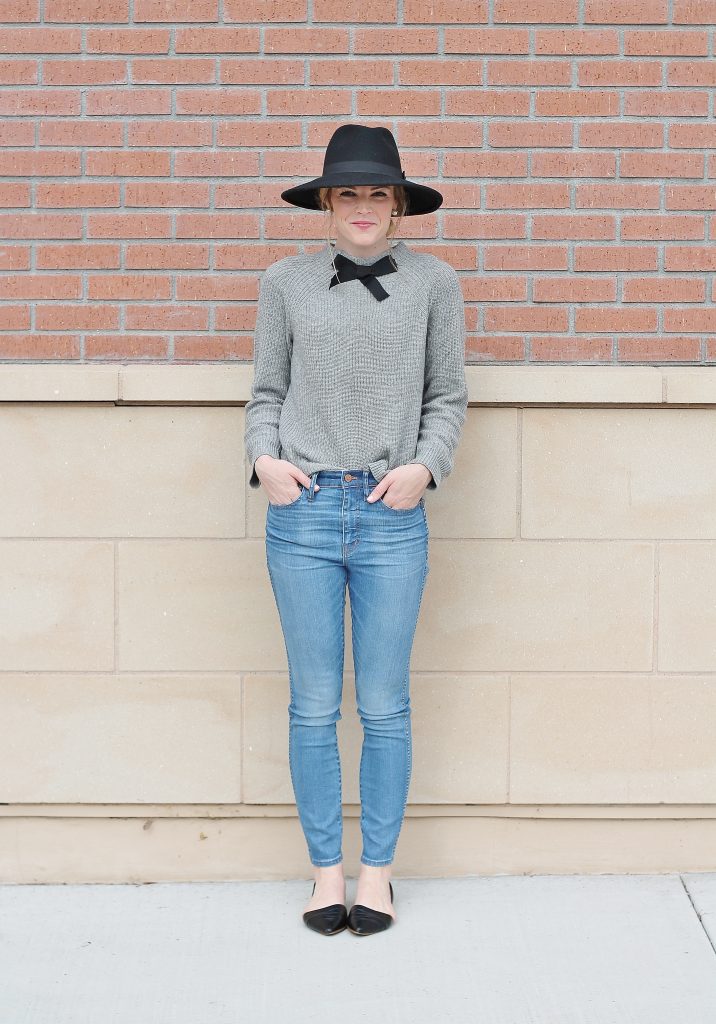 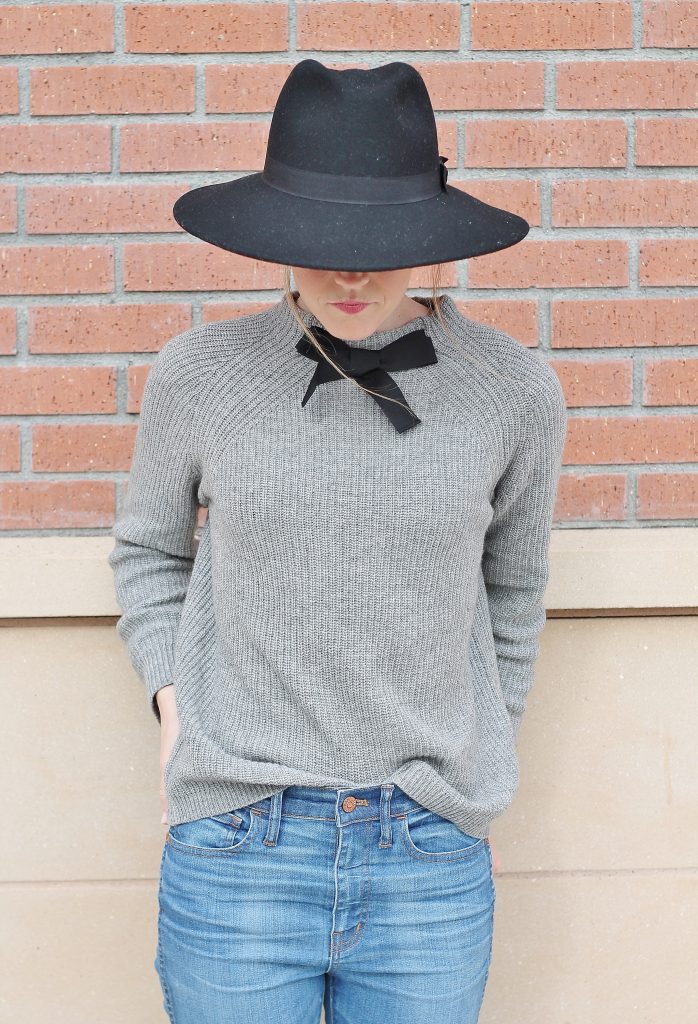 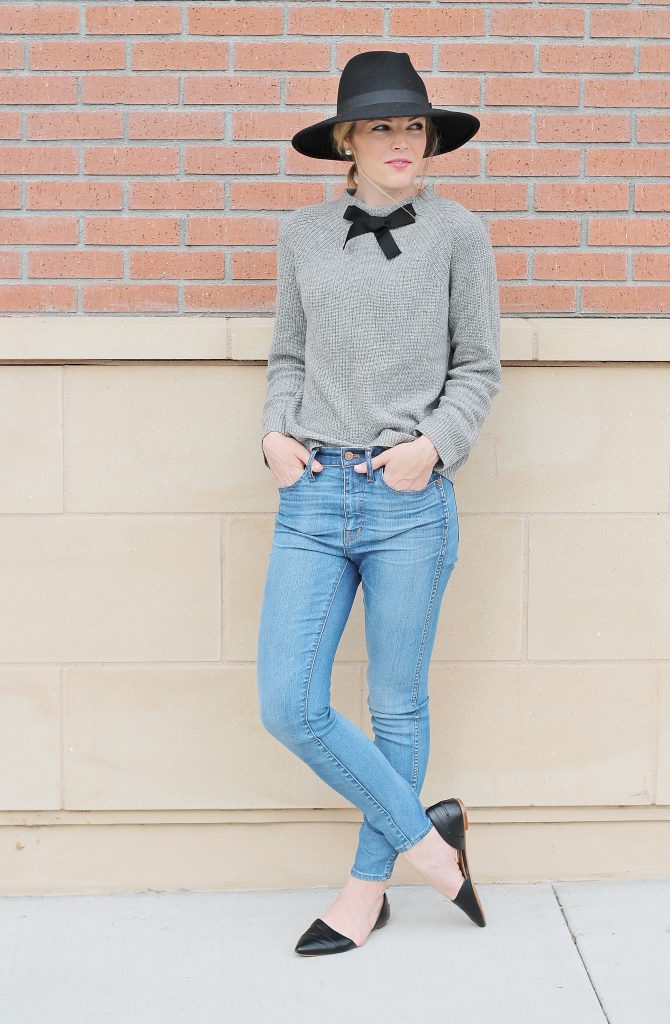 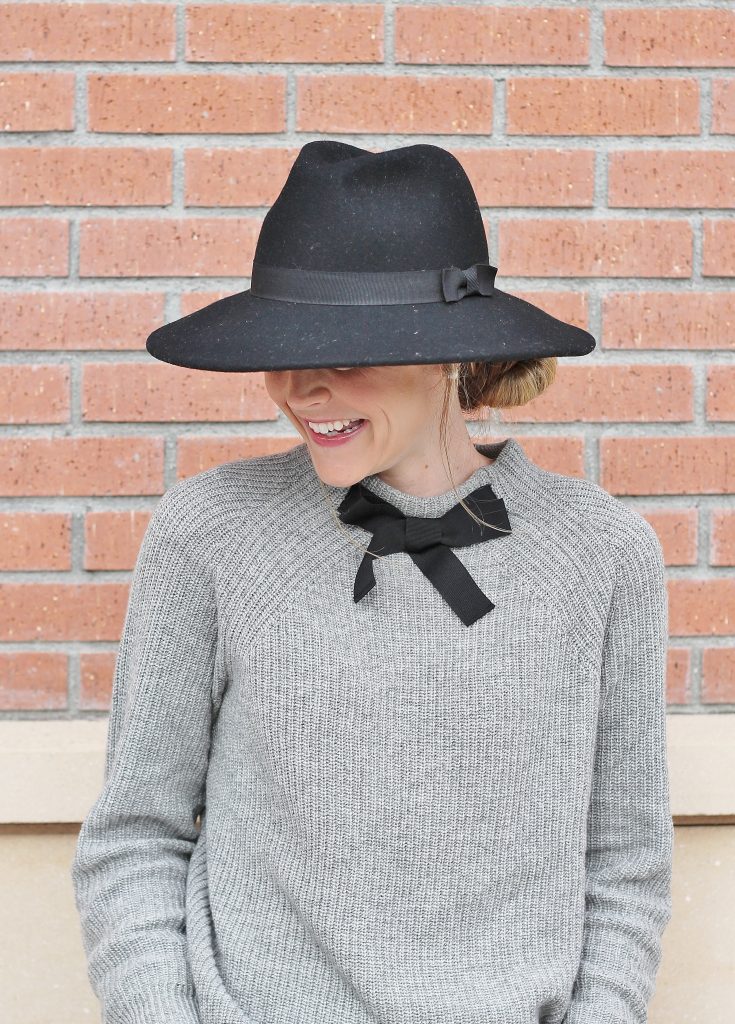 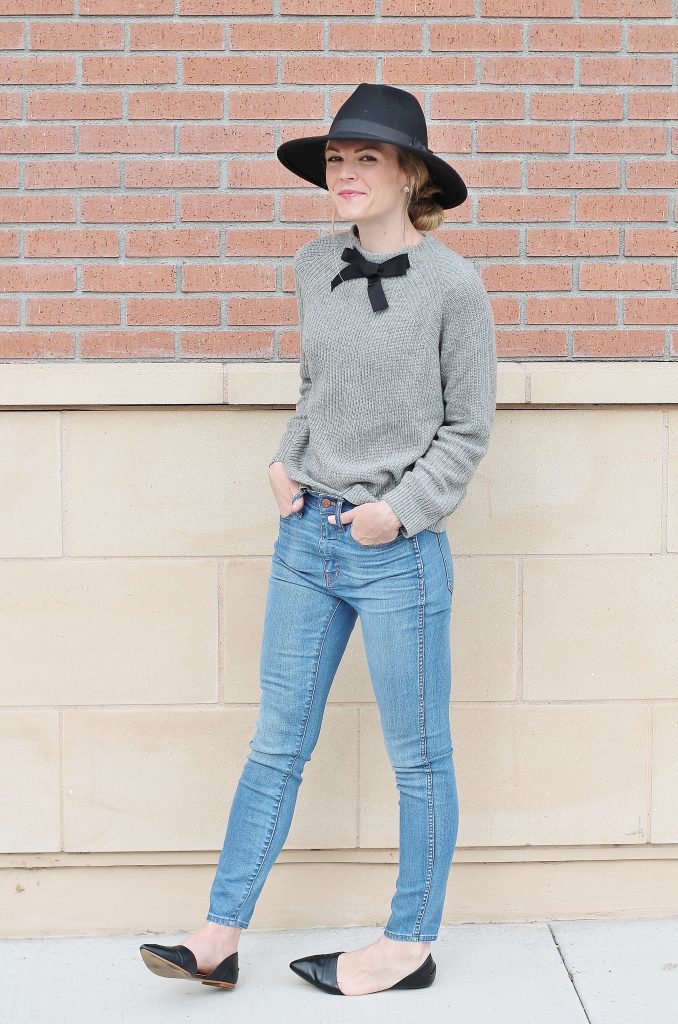 p.s. a comment about the fit of this sweater. i normally wear an xs in most of the tops at j.crew but decided to order a small in this sweater. it definitely fits a little roomier than other sweaters but i’m afraid if i had gone smaller, i would have run the risk of having it be too tight in the arms (and maybe too short in the torso). i also tend to like my sweaters a little roomier in case i want to layer a t-shirt or button-down beneath it. hopefully that helps!