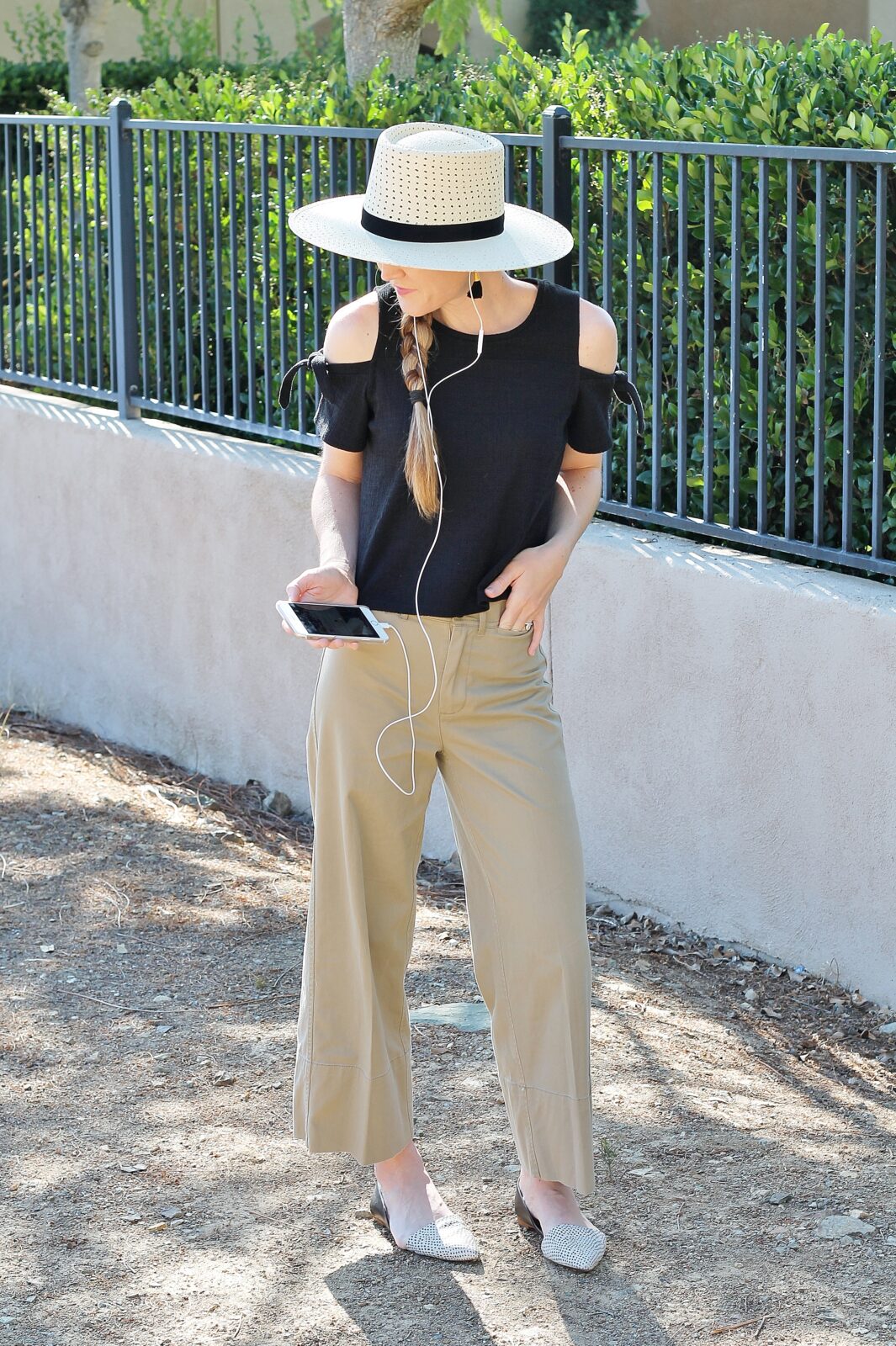 i spend a lot of time in my car. to work. from work. to the barre studio. back home again. while i love despacito as much as the next gal (i really do love that song), the radio pretty much plays the same five songs these days and after a while, i start to go a little insane. SO i discovered podcasts a while ago and they have truly revolutionized my commutes. my current repertoire contains a rotation of about 12 different pods, but below are my current top five (the ones i wait with bated breath until there’s a new episode):

bitch sesh || housewives watchers unite! friends and comedians casey wilson and danielle schneider recap the current real housewives seasons with their witting commentary and impeccable comedic timing. they also share tidbits about their real lives (casey just had her second baby!), dip into current events, and also have fellow housewives fans join them in the discussion.

favorite episodes: big buddha brawl & thank you and goodnight (as well as their one year anniversary episode (#52) featuring the bravo godfather himself, andy cohen)

jalen & jacoby || i credit 100% of my current basketball knowledge to this podcast. before you go, “but i’m not really into sports”, let me assure you, they cover a myriad of topics. everything from current news stories and pop culture to the latest headlines in sports (primarily nba and nfl topics). they also take fan voicemails and tweets as their motto is to “give the people what they want.” hosted by jalen rose, former nba basketball player turned sportscaster and david jacoby, a 20-year espn veteran, producer, and editor, the duo’s friend chemistry is endearing. S and i both listen daily (that’s another plus, they turn out five episodes a week!) and talk about them as if they are our real friends. maybe because in some weird way, they kind of are? at any rate, sports fan or not, give them a listen, i think you’ll be happily surprised.

favorite episodes (this is hard given that they do five pods a week!): i particularly enjoyed last last wednesday’s episode –pro sport gambler odds, nfl mvp, suge knight and more

ALSO the episode with special guest anne hathaway is quite good mostly for the fact that we learn that annie (as they lovingly refer to her) was jacoby’s wife’s college roommate and is still a close personal friend (mind BLOWN).

reality life with kate casey || other than our nightly jeopardy viewing and nfl games, i am not too ashamed to report that all of my television consumption comes at the hands of reality tv. yep, there is not one scripted show that gets recorded on the rivera dvr. gulp. so it would come as no surprise that “reality life with kate casey” would be among my top podcasts seeing as she covers all things reality tv-related, going as far tracking down the likes of former real world house guests and tapping into the minds of bravo’s top producers of some of my/our? favorite shows. kate is a comedian by trade (and also the mother of four extremely adorable tiny humans -seriously, check out her instagram) and a reality tv junkie by her own admission. in all honesty, she asks the questions we all wish we could, but don’t have the means to do so. just take her interview with bachelor/bachelor in paradise alum, amanda stanton…

favorite episodes: both tom schwartz interviews are particularly good (he’s SO charming) and surprisingly the episode featuring mike “the situation” sorrentino from jersey shore was quite enjoyable

house of carbs || hard left turn from reality tv to an interesting topic for a podcast: food! despite the fact that i’m an extremely picky eater, i love learning about food. S and i voraciously binge every episode of chef’s table when they pop up on netflix and food network’s diner’s, drive ins, and dives is a crucial part of our friday night ritual. we love to watch people prepare food, cook food, and eat food, so it would make sense that we would love to listen to people discuss it, too. on this new(ish) podcast, joe house (best friend to bill simmons and host of the golf podcast shackhouse) highlights food trends, deep dives on regional cuisine, and even documents food-related headlines in a special segment called “food news.” the only trouble with listening to this podcast on your way home from work is that it makes you very hungry. luckily, dinnertime isn’t too far behind.

reality steve || last but not least, the OG of bachelor (and bachelor adjacent shows) spoilers launched a podcast last december and over the course of the last ten months, he’s featured some pretty riveting interviews with contestants from seasons past. what i particularly appreciate about his interview format is that he covers life pre/during/and post bachelor so listeners get a more comprehensive knowledge of the former bachelor or bachelorette. if you’re fearful of spoilers, not to worry. unlike his site of the same name, the podcasts tend to be spoiler free.

favorite episodes: courtney robertson (so juicy!), leslie murphy, and ashley spivey (one of my favorite bachelor contestants of all time)

and there you have it, my five favorite ways to stay entertained along interstate 5. even if you’re not a commuter, i find podcasts also make great background noise as you go about your regular routines. i oftentimes put earbuds in while i’m getting ready in the morning and it makes the 20 minutes it takes to curl my hair so much more enjoyable 🙂