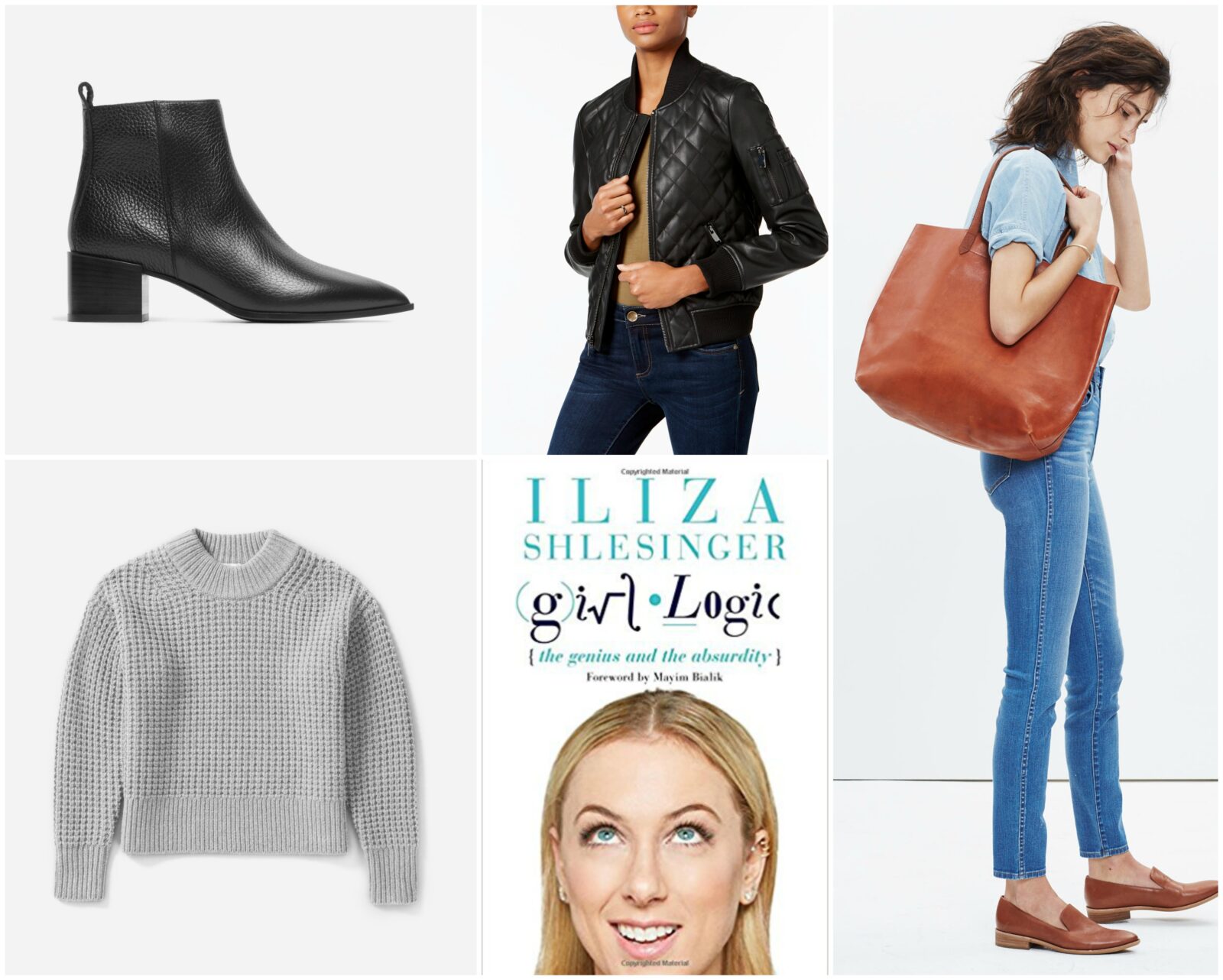 with thanksgiving now come and gone, it’s officially the christmas season. so in honor of one of the busiest shopping weekends of the year, i thought i’d share what’s on my personal list to santa this year. just in case he’s reading, of course:

everlane boss boot || if you haven’t noticed, i want at least 47 things at everlane right now. the brand has taken the world by storm this year and i for one and HERE for it. as is my closet. case in point, two of the five items on this list are from the online turned brick and mortar store. the first being these pointy-toed black leather booties which, while they’re definitely an investment, are REAL italian leather, made in italy! with over 100 reviews on everlane’s website, consensus is that they’re worth the splurge. normally i would opt for the cognanc color, but i’ve been on the hunt for a good pair of black booties for a long time, and i think these might just be my perfect match!

everlane wool-cashmere waffle square crew || say that three times fast! oh everlane cashmere, you have my heart. as i mentioned above, i may or may not have a handful of everlane goodies idling in my online shopping cart right now. one of them being this waffle cashmere crew with its slightly cropped hemline and high-neck. i have already dreamed up the outfits i would create -pairing it with my wide-leg cropped pants (also by everlane), flare jeans, high-waisted skinny jeans, and even a midi skirt. similar to the boots, the sweater is also an investment, but as i’ve mentioned before, i can’t speak more highly of the quality of everlane’s knitwear. even after many trips to the dry cleaners, they come back looking new every time. the only problem i’m having is which color to choose -cream, grey or olive green?

madewell transport tote || i have monogamous relationships with my handbags. i find one i love and i carry it around until the leather is worn and the stitching is starting to unravel. i’ve been carrying around my current bag for the past four years and thanks to the amazing craftsmanship of the madewell company, it is still in nearly pristine shape. lately i’ve been thinking of switching things up with a slightly larger model. in all honesty, the transport tote has been on my radar for years, but i just never got to pulling the trigger. now seems like the perfect time to make the investment -particularly so i can get it monogrammed with my new initials #lovethatnewlastname. while the grey color is very tempting, i think i’ll stick to my beloved cognac since it goes with everything.

a copy of girl logic by iliza shlesinger for my nook || S and i discovered comedian iliza shlesinger kind of on accident. we were perusing netflix’s comedy specials one saturday night and her special “freezing hot” caught our eye. we threw it on and were in hysterics five minutes later. since then we’ve watched it a handful more times and have promptly subscribed to any future projects she’s been apart of -including her own talk show truth & iliza that aired on freeform earlier this year. what makes her comedy so good is that it’s just so relatable! anyway, she just released her first book entitled girl logic: the genius and the absurdity and it already has nearly 100 five star reviews on amazon! with an anniversary trip already on the books for mid-january and hopefully a few more trips planned for 2018, it would be nice to have a good book to snuggle up to on our travels.

black faux leather jacket || what is it about a leather jacket that instantly makes you feel like a bada$$? i feel like i could use a little added coolness to my closest, right? after scoring the perfect brown faux leather jacket at target years ago, i’ve been on the hunt for its black-colored counterpart. i spotted this quilted moto jacket from french connection recently and immediately fell in love. i love how closely it’s cut to the body, making it perfect for both layering over a sweater or wearing alone to add a bit of edge to a romantic summer dress.

i get a small commission for purchases or clicks made through links in this post. thank you for supporting the brands that keep this blog up and running.