so i know there are like a gazillion (or maybe just like one or two) diy tutorials on how to make your own pair of glitter boots buzzing around the blogosphere right now, but despite the fact that i have a pinterest board titled “for a rainy day” for projects of the “do-it-yourself” variety and that i would fashion myself a solid eight point five on the “being crafty” scale, let’s be honest, i’m probably never going to formulate a pair of my own. plus, have you ever worked with really fine glitter like that? one sneeze and it’s sparklesville, population your carpet for the next fifty years (true story: i ripped open an envelope in haste once, not knowing that the contents of said envelope were almost an entire bag of happy birthday confetti. even years after (and countless vacuums), i would continually find a rogue birthday hat-shaped piece embedded within the burber’s fibers. it got so bad, we had to move. just kidding, we moved because we found a really awesome house that was bigger and better and had a backyard! but it did teach me to never open envelopes so recklessly and to always open them over a hard, counter-like surface for easy clean-up should the card contain something sparkly and festivus in nature).

anyway, since i don’t like vacuuming and am too lazy to make those dog-eared diy projects a reality, i’d totally be okay with simply purchasing this pair of steve madden glitter booties instead (these by victoria’s secret are pretty great, too). 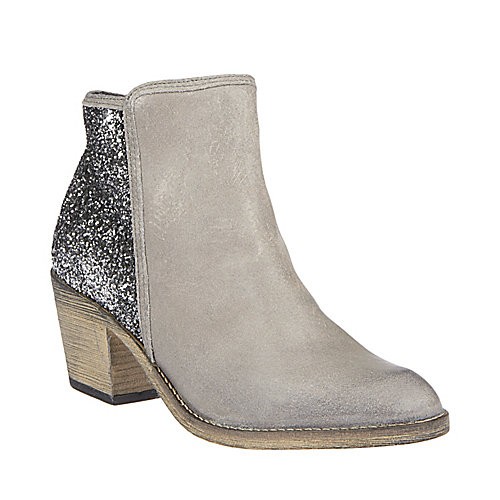 plus their name is zenobia. it just sounds so exotic. ZENOBIA. i kind of want to drop it into casual conversation to see if anyone thinks i’m really smart because i just used a word they don’t know the definition of (“i just finished a book that was so zenobia, i couldn’t put it down!”).

at any rate, i like these boots. and you should buy them in my size and let me break them in for you. kthanksbye.