last night i stumbled across an article on esquire online by kareem abdul-jabbar (all seven feet, two inches of him) and kind of fell in love with it. it’s entitled “20 things i wish i’d known when i was 30” and it is just that -a list of 20 items he wish he could go back and tell his 30-year-old self. and while i’m not quite at that age milestone yet (i’m milking all 2 years and one month left of my twenties thankyouverymuch), i whole-heartedly believe that his words of wisdom can be applied to anyone, no matter their age.

here are a few of my favorites:

7. Be patient. Impatience is the official language of youth. When you’re young, you want to rush to the next thing before you even know where you are. I always think of the joke in Colors that the wiser and older cop (Robert Duvall) tells his impatient rookie partner (Sean Penn). I’m paraphrasing, but it goes something like: “There’s two bulls standing on top of a mountain. The younger one says to the older one: ‘Hey pop, let’s say we run down there and screw one of them cows.’ The older one says: ‘No son. Let’s walk down and screw ’em all.’” Now, to counter the profane with the profound, one of my favorite quotes is from the philosopher Arthur Schopenhauer: “Talent hits the target no one else can hit; genius hits the target no one else can see.” I think the key to seeing the target no one else can see is in being patient, waiting for it to appear so you can do the right thing, not just the expedient thing. Learning to wait is one of my greatest accomplishments as I’ve gotten older.

15. Do one thing every day that you look forward to doing. It’s easy to get caught up in the enormous responsibilities of daily life. The To Do List can swallow your day. So, I’d insist to my younger self to make sure he has one thing on that list that he looks forward to doing.

18. Watch more TV. Yeah, you heard right, Little Kareem. It’s great that you always have your nose in history books. That’s made you more knowledgeable about your past and it has put the present in context. But pop culture is history in the making and watching some of the popular shows of each era reveals a lot about the average person, while history books often dwell on the powerful people. (gee, i can’t imagine why this one would be amongst my favorites…)

20. Everything doesn’t have to be fixed. Relax, K-Man. Some stuff can be fixed, some stuff can’t be. Deciding which is which is part of maturing. 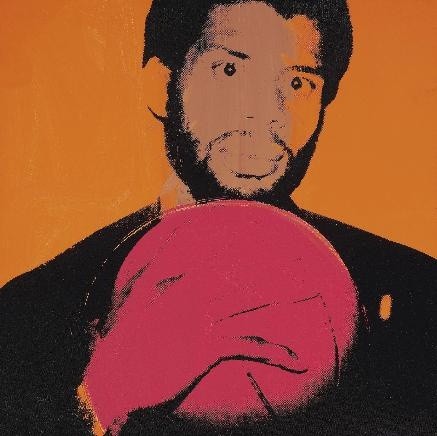