bust out your overalls (which are actually back in style, so maybe just purchase a new pair?) and butterfly clips and sport your best bejeweled choker because apparently it’s 1997 again. upon reading this article yesterday, stating that there was a high probability that my beloved justin, j.c., joey, chris and lance, perhaps better known as that little band ‘n sync, would be reuniting at this sunday’s VMA’s, i traveled back in time 15 years and my 12-year-old self nearly hyperventilated in excitement. i mean, aside from the unfortunate eyebrow/bang/acne/braces situation back then, i wouldn’t mind returning to the 7th grade for one more go around if it meant that my former teen heartthrobs were still on the radio waves and performing at MTV awards’ shows.

you see, like many a gal (and guy) my age, i grew up during the era of the boy band. the frosty-tipped, tribal tattooed bicep, manscaped ab-filled time that made us all a little bit crazy. and by “crazy” i mean literally crazy. not quite restraining order levels, but the kind that causes you to watch your VHS-recorded “tearin’ up my heart” music video upwards of 200 times just so you could pause it at this particular scene and admire a pubescent justin randall timberlake in a wife beater: 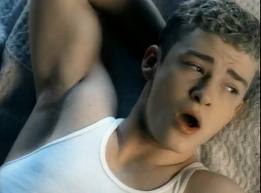 if that wasn’t enough, the disney channel aired a little special called “‘n sync: live in concert” which basically gave viewers a behind-the-scenes look at how the boys prepped for tour, included live performances of their classics “i want you back” and “it’s tearin’ up my heart” and last but certainly not least, the special also captured organic moments between the guys which made you believe that they weren’t just band mates, but rather best friends. i mean, brolationships get me every time. um, i’m not sure if revealing just how many times my best friend at the time and i watched the hour-long recording would help or hurt my cause, so let’s just say that it was as many times as it takes to memorize nearly all of the dialogue. and i mean everything, down to the very last beat box and sound effect.

when i wasn’t watching their concerts or music videos on tv, i was actually attending ‘n sync’s performances in person. three of them, in fact. and whatever, you guys, they put on a GREAT show. the no strings attached tour was probably my favorite. mostly for the fact that at one point they flew on cables over the audience. was i secretly hoping one of the cables would break and justin and/or j.c. (either one would have been fine) would fall safely into my arms? no, that would be ridiculous and dangerous. but was i secretly hoping justin or j.c. would spot me down below in the crowd and blow me a kiss? duh.

and don’t get me started on their christmas album. even at 28 years old, it still doesn’t feel like christmas until i’ve listened to “merry christmas, happy holidays.” forget you white christmas (just kidding, that seems unamerican), i can’t even think about decking the halls or standing under some mistletoe until i hear five teenage boys harmonizing to silent night.

so all this is to say that if e!’s reporting is, in fact, credible (which unfortunately is not always the case), not only will my 12-year-old self be tuning in on sunday, but the version 16 years her senior will, too. because while i’d like to think i’ve grown and matured, i’m still that boy-band crazed pre-pubescent just hoping for a glimpse of justin in a wife beater. 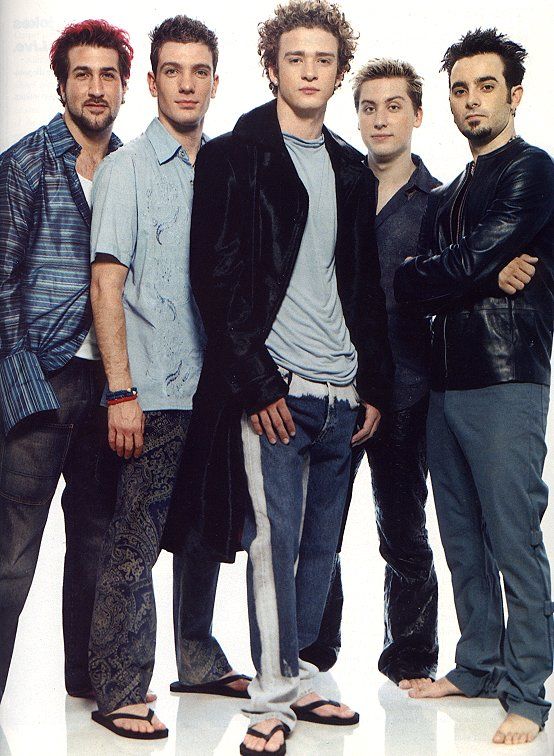