so it’s march madness time (if you haven’t heard or seen or read or live under a rock or any combination of the four) and that means that networks give viable tv-watching hours over to america’s love affair with college basketball. and i get it, we all love the rivalry, the upsets, the office pools, the pride in your alma mater (or the college you wish was your alma mater). it’s all fun and dandy (and fine and dandy, too). but for those of us who, uh, well, aren’t as enthused about watching body-painted college co-eds in packed arenas cheering on their beloved team, it’s slim pickin’s on the old boob tube.

which is why my dvr has been filled with mostly reality tv-based programs (as isn’t always filled with those, duh) these days. and i’ll save you the mindless babble about my affinity for the broads of orange county and my weird fascination with bethenney frankel and simply skip right to jessica simpson’s pre-baby (or maybe mid-baby) body (she had to have filmed this months ago) and nicole richie’s epic hippie style.

yes, i’m talking about fashion star. like project runway but kind of better (somewhere tim gunn just scoffed at me, sorry tim, i’ll always love you the most!). and sure, elle macpherson is no heidi klum in the hosting department (but if anyone can give ms. klum a run for her money in the looks/bod department, it’s that aussie!) and the judges are no nina, michael and [insert guest judge here], but the concept itself is kind of awesome.

in order for the designers’ pieces to be featured in one of the respective retail chains -h&m, saks and macy’s, each of the stores’ buyers (hi, where do i sign up for this job?) must like their designs enough to bid against one another for the opportunity to snag and sell their handiwork. this aspect of the show adds an element of suspense not normally found in fashion competitions. suddenly i’m on the edge of my seat –who will have the highest bid? will they even make an offer at all? who will the judges save from elimination? my blood pressure can’t take this stress!

and once the offers have been made and accepted by both the buyer and designer, the fact that you can buy (or pretend you can buy seeing as those east-coasters hop online and snatch up all of the goods before we have a chance to get in on all of the fun) the wardrobe pieces the very next day gives this show the height it needs to stand above the rest.

i will admit that one thing this show doesn’t have is in-depth exposes (accent over the second e) into the lives of the designers themselves. sure, they give you a snapshot of their life as a struggling entrepreneur in the fashion industry, but the audience-to-contestant relationships are nowhere near as deep as those formed while watching project runway. but maybe it’s good to remain objective about the designer’s personal life and rather, simply judge them based on their talent alone. i don’t really care for the girl with the mohawk, but i most definitely wanted to purchase her adorable shift dress from last night (um, ahem, i just looked it up on saks’ website. $325? darn you h&m, if you would have won the bid that baby would be like 7/8 of that amount). which actually makes sense. you don’t have to love the creator to love his/her creations. i’ve had a strong disliking for most of the winners of project runway, but that hasn’t stopped me from admiring their work and wishing that it would magically appear in my closet…

so yeah. i think i’m sold, nbc. the hour and a half run-time is a bit tricky to navigate as are the techno remixes of today’s top 40 pop songs blaring as the backdrop to models’ strut down the runway, but i’ll let those things slide for now due to the fact that there really isn’t anything else occupying my time on a tuesday night now that parenthood is on a [hopefully] spring and summer hiatus (and don’t think for one second nbc that giving me a clothing design show is going to make up for the absence of the bravermans. some wounds run too deep for sartorial band-aids. you heard me?).

also, there are a lot of hollywood peeps who could take a cue from mrs. richie (madden). i mean, how is she the same bloated-bad-extension-wearing girl from the simple life? 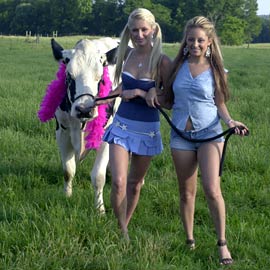 because homegirl has mad style nowadays and makes me want to go out and get myself my own collection of bedazzled headpieces and maxi dresses. . 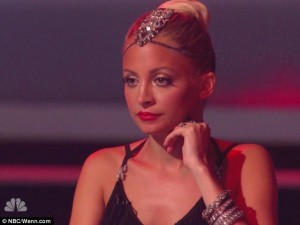 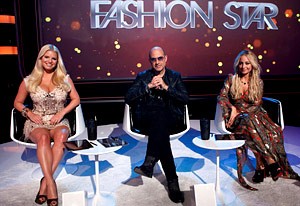 what a difference a few years, a marriage, two kids, her own clothing and jewelry lines, and a complete style overhaul make. you go, nicole. you go girl.