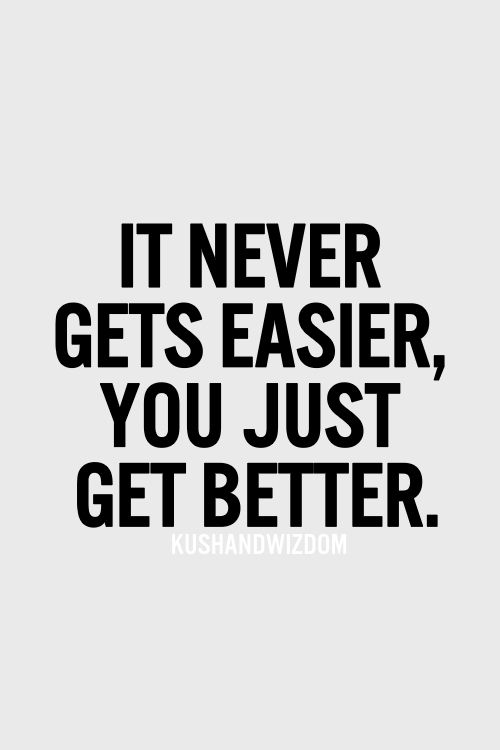 when i came across this quote the other day, it seemed so timely for this season of life.

i had lunch with a friend a few weeks back and almost subconsciously, i began affirming her with this principle. the situation she was enduring was a hard one, and one, unfortunately, that she was no stranger to. but i reminded her that she wasn’t the same person today that she had been when she was first faced with the hardship. every single time she had to reopen the wound, she was becoming a stronger version of herself. and while the initial sting would probably never weaken, the strength she had developed over the years would allow her to claim victory over the battle. and the battles to come after it, too.

i began thinking about my own life. there were two examples where i could point to tangible growth -dating and exercise. which, now that i think about it, could basically sum up my interests of late. well, those and brussels sprouts.

objectively speaking breaking up with someone (or having your heart broken) really never gets easier. no matter if it’s the first time or the twentieth time. no matter how good or bad the relationship was or how long or short of a duration it went on, saying goodbye to someone that once made you twitterpated sucks. it just does.

on a more light-hearted note, i’ve taken barre classes for over three years. you’d think with that many sessions under my belt, it would be easier to make it through the 60-minute workout. but most days, it’s just as hard as it was on the first day i slipped on a pair of grippy socks and stepped into a studio.  i dread push-ups, plank, and flat back abs just as much today as i did last november. and i’ ve just made peace with the fact that there are certain seat exercises i will never be able to fully execute properly on account of the inflexibility of my blasted hips.

but despite the innate difficulty in either situation, i am not the same person i was the first time i got my heart broken, nor is my body the same as it was when i first took class. my approach to processing the struggle looks a lot different than it did a month ago, let alone a year ago. so while the degree of difficulty hasn’t changed, i have. and the well-conditioned, more self-aware, and gracious person of today doesn’t buckle under the stress as she once did.

so when you realize you’re getting put through a similar trial that you’ve sworn you’ve been through before, forced to brave a path that you all but know by heart, take heed. while it’ll still be a struggle, you’re more than capable to conquer it. you’re stronger this time. wiser this time. better.

and sometimes the only way to realize how far you’ve come is to face a situation that once made you crumble.

because the truth is, it didn’t get any easier.

you just got better.