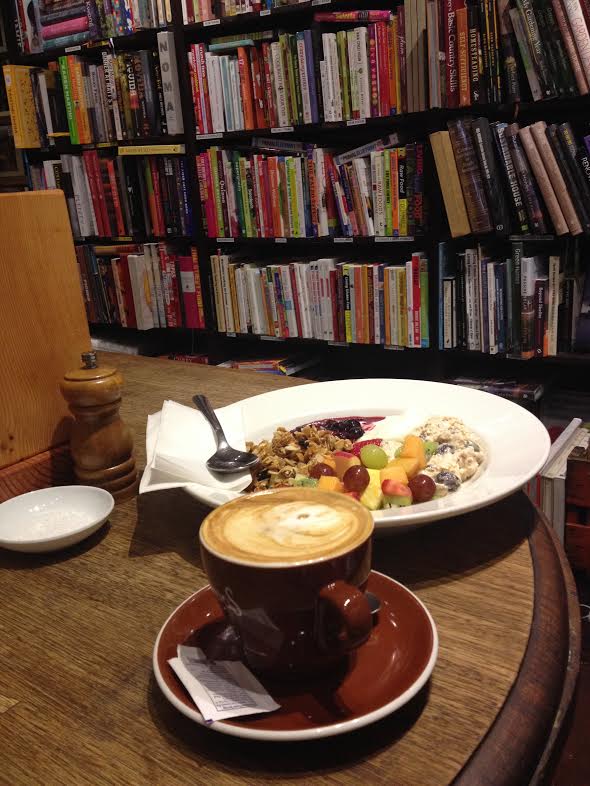 when i was in australia, i drank my fair share of coffee. which isn’t anything new since i do the same exact thing when i’m in america, too. however, over the course of my two weeks there, my habitual venti iced coffees and americanos became replaced by a drink signature to the country –a flat white. or in my case, a soy flat white. per wikipedia, a flat white is “a coffee beverage invented in australia and further developed in new zealand in the 1980s. it is prepared by pouring microfoam (steamed milk with small, fine bubbles and a glossy or velvety consistency) over a single or double shot of espresso. It is somewhat similar to the cappuccino or the latte although smaller in volume, therefore having a higher proportion of coffee to milk (closer to a cortado), and milk that is more velvety in consistency – allowing the espresso to dominate the flavor, while being supported by the milk.”

after enjoying them nearly every day for 15 days straight, it felt weird returning to my starbucks staples once i landed stateside. while i did manage to find a couple local boutique coffee shops that boasted the aussie drink on their menu, their versions seemed incomparable with the ones i sipped while strolling along the boardwalk of bondi beach.

but on a recent trip to the green mermaid, i discovered that the flat white has finally made its way to mainstream america. printed boldly on the store’s chalkboard sign was an announcement introducing the imported drink, as “expertly steamed whole milk poured over two shots of espresso, topped with microfoam swirled into beautiful latte art.”

while i have yet to order starbucks’ version of my favorite australian libation, simply knowing it’s now at my disposal any time the mood strikes makes me a very happy camper.

go in and try one for yourself! and maybe if you ask nicely enough, your barista will speak to you in an australian accent.