i can’t sew a lick. well, let me take that back, i mean i am a mean cross-stitcher and i could sew back on a button should one pop off after one too many spoonfuls of peanut butter. but sewing machines?

i have this irrational fear (yeah, i know add it to the list) of pushing the foot pedal too hard and having the machine go all willy nilly and it sewing right through my fingers. even thinking about it as i type this is making me uncomfortable. i mean, i even took a handicrafts class as an elective in middle school (hoping it would provide the opportunity to get over said fear) and i kid you not, i think it took me the entire three hour block period to sew one side of an apron. i had to stop every few stitches. i was like that kid just learning to drive that starts to accelerate on the gas and then gets scared and breaks super abruptly. but for the entire hour-long car ride.

so you know, i’m not trying out for project runway any time soon.

but that doesn’t mean that i don’t dream of being able to be one of tim gunn’s mentees every now and then. i mean, for as much as i love clothes, if i could learn how to design and fabricate them, well it just might put j.crew out of business (because then i would cease to purchase their entire fall catalog, obviously forcing them to file for chapter 11), so maybe for the good of jenna lyons and the crew, i’ll just stick to membership directing and moonlighting as a blogger, too.

so despite my lackluster sewing skills and my half-hearted attempts at becoming the next vera wang (or insert a designer you love and admire here), ever since i can remember, i’ve always wanted a dress form. you know, like a mannequin just not as creepy. but even though they are basically just muslin-covered torsos on sticks, they’re like oddly expensive. i mean, you’re not even getting limbs or a head, you would think that would reduce the cost, right?

anyway, i found these today after my trusty google search. and aren’t they just the cutest things that you ever did see? i mean, floral motifs and polka dots? need i say more? 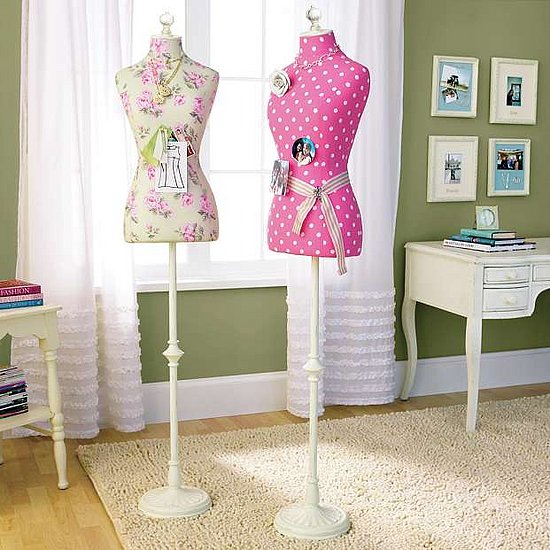 somehow my affinity for dress forms came up in conversation recently. and as i began to justify my reasoning for desiring said object, my friend shot me a look that indicated very clearly that he knew the real reason for my yearning. “you want it so you can dress it up with your daily outfits, don’t you? to see if all of the pieces look good together before you put it on?”

because yes, that’s kind of exactly why i’ve always wanted one.

but more than that, a dress form would also make a GREAT place to display necklaces, pins, even a hat (my fedora could really use a better home than its current spot on the carpet adjacent to my full-length mirror). so you know, it’s totally practical, too.

and if those reasons aren’t enough to convince me (or you), i kind of feel it would add an element of “ooh, she’s kind of artsy” to my room. because right now my room just screams “HELLO, I’M PINK AND SAGE AND RUFFLEY” which is obviously, very indicative of its current resident, but also a bit like, “hey i’m five.”

so maybe this dress form/room set-up is a bit more 22 years my inner five-year-old’s senior: 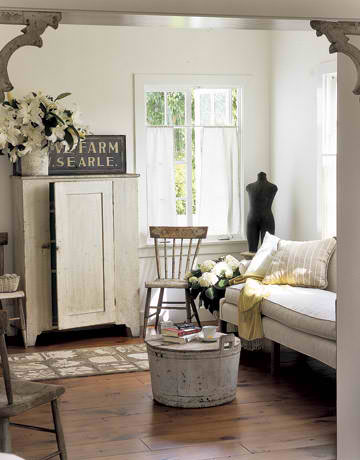 either way, on this wednesday, i’m “wait, i’m need”-ing a dress form.