it’s funny to see the way things God reveals things to us. rather, the way He chooses to reveal things to me. He’s learned by now, HA! He’s always known (duh), that i arrive at decisions at a tortoise pace. in fact, for as astute as i am in certain arenas of my life, there are just as many other areas where i’m quite dense. but i thank Him that He is as patient as He is with me, because i swear after i get it, after it finally sinks in, i embrace the lesson and am so thankful as a result.

they say hindsight is 20/20. who is they? well, i don’t know, but i certainly say it enough. so maybe i just say it enough for everyone. anyway, now that i’ve come upon the realization that i’ve come upon (more on it in a moment), i can see clearly the stones the Lord was using to pave the path toward self-discovery -some as far back as the fall of last year…

october 24, 2012. i stumbled across a post from my favorite momma blogger. the subject at hand? feelings of inadequacy with regards to being the perfect mother. obviously, her insecurities in motherhood weren’t mutual, but the underlying feelings of not feeling good enough were certainly shared.

Lately, I have a hard time giving myself credit for the things I do accomplish and for learning to let go of the sometimes unreasonable expectations I set. This is the thing I find myself praying for so often. Lord, let me be comfortable with who I am and what I am able to give. Let me embrace my limitations and enjoy even the smallest of accomplishments. I know it’s good for me to always strive for more, but it’s detrimental to not accept that sometimes I am doing all that I can.

I am not the best. The greatest. I am not perfect. I am not superwoman.

I will fail. And make do. And play catch up. And sometimes I will miss out.

but I am trying.

and that is enough.

i remember thinking, this is a good reminder, shawna. when you begin to let doubt creep in, and when you begin to trade the affirmations of your friends and family for the lies in your head, refer back to this. you are doing what you can do with the gifts that have been given to you and that is more than enough. you are a work in progress, an unfinished painting, but a piece of art nonetheless. you are valued. you have value. and those evil things you tell yourself when you find yourself failing to reach the unattainable standard you alone measure yourself up against? they are rubbish. you are enough. just as you are. right in this moment. and for the next moment, too.

the holidays came and went and life seemed to be taking off on a course uncharted. and while it was exciting and enjoyable, it never felt fully right. feelings of inadequacy began to creep in once more.

i must not be enough. for if i was, surely this situation would warrant a different outcome.

but instead of taking these unsettled feelings as a harbinger of things to come, i told the elephant to get comfortable in the room. i stuffed my feelings down deep inside (right next to the brussels sprouts) and maintained the status quo. if the Lord was teaching me a lesson, i simply wasn’t ready to hear it yet.

and then 2013. a new year, a fresh start. but the baggage -these looming feelings of self-doubt didn’t die with the stroke of midnight. they somehow hitched a ride with ryan seacrest right into the new year.

then another whisper. actually, it was more like a loud dj voice, this time.

enough. one word. multiple meanings. but all applicable in that moment. i had had enough of feeling as if i wasn’t enough. and just like that, the Lord broke through my thick-headed skull.

and if i wasn’t already reeling in the personal break-through, yesterday’s sermon solidified everything. mark (my pastor) has been working through a series on genesis. and my goodness has it been so refreshing to rediscover this oftentimes overlooked book of the bible. for one, we’ve heard the story of creation a dozen times and at least for me, i had always assumed that i had already heard everything there ever was to hear about the story of how we, as humans, and, well, everything in existence, came to be. but somehow mark has breathed new life into this age-old lesson and i have been riveted in my seat for the past two sundays as a result.

as we ventured into the chapter focusing on the infamous fall of man (genesis chapter 2), we began to unpack this concept of shame. guilt. feelings of inadequacy. not being enough. and then mark drew upon a metaphor that was so right on i couldn’t help but laugh. turns out the entire congregation shared my sentiments as they chuckled right along with me. as did, mark, too.

sometimes i think we never truly escape junior high, that the insecurities that were bred there all but plague us well into adulthood and beyond. for me, junior high was certainly marked by an innate feeling of never quite measuring up. try as i might, i simply wasn’t cool enough, popular enough, fashionable enough (i know, hard to believe, right? just kidding, everyone has to go through an ugly duckling stage to appreciate that whole becoming a swan part). at least i never was in my own mind. and as mark began to expound upon his metaphor,  i thought back to a specific memory that transpired in seventh grade.

all of the popular girls bought these adidas tennis shoes -the ones with the three stripes down the side, remember those? the shoes themselves aren’t really that important, obviously, rather it was the fact that in that moment, i saw my “in.” could it really be that simple? could i finally feel as if i belonged if only i were to purchase the proper type of footwear? i had to find out.

and bless her heart, (seriously, my mom is the best) my mom drove me down to the closest ladies footlocker to find said footwear. and in a lovely ironic turn of events (basically the story of my life), the only ones they had in stock and in my size were the ones with the black stripe. BUT THE POPULAR GIRLS HAD THE NAVY STRIPE! i pleaded. even when i tried consciously to fit in, i still fell short. just not quite good enough. again.

i mean obviously (and thank goodness), i eventually graduated from seventh grade and realized that my worth is not contingent on whether or not i have the right shoes. i learned that being popular is kind of over-rated and that sometimes zigging when everyone else is zagging is pretty awesome.

and while seventh grade was over fifteen years ago, i think it’s safe to conclude that 2012 was yet again spent evaluating my worth, navigating this concept of being enough. doing enough. loving enough. accomplishing enough. striving for an intangible feeling of contentment-an antidote for my self-doubt. rats, how did we get back to junior high again? (at least i don’t have braces this time).

but trying to fill a God-shaped hole with anything other than God and finding definitions for my value in anything other than His word are both fruitless endeavors. try as you may, you simply cannot love someone enough to earn their reciprocated admiration. you cannot will something enough into fruition without the elbow grease and hard work it takes to get there. and you cannot be anything more than what is in your capacity to be. and upon making this revelation, i hope and pray these minutes of my almost 28th year will be exempt from any further self-value analysis. consider it my third resolution, i suppose.

i may have arrived here kicking and screaming and at a much slower pace than even i would have hoped, but i’ve arrived nonetheless and that is all that matters.

because today, with the clearest of conscious i can say:

i have finally learned when to say “enough is enough” and that at the end of the day..i am more than enough. 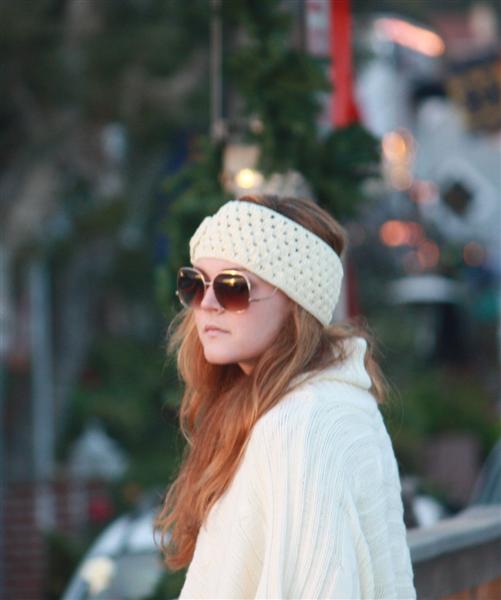