Eric Taylor: [voiceover] Give all of us gathered here tonight the strength to remember that life is so very fragile. We are all vulnerable, and we will all, at some point in our lives… fall. We will all fall. We must carry this in our hearts… that what we have is special. That it can be taken from us, and when it is taken from us, we will be tested. We will be tested to our very souls. We will now all be tested. It is these times, it is this pain, that allows us to look inside ourselves. (via, emphasis my own)

after months of talking about re-watching all five seasons of friday night lights, i at long last embarked on the journey back to dillon last night. season one, episode one. even thinking about it now gives me goosebumps. moreover, being able to watch these episodes with someone who has never cried over a matt saracen heartbreak or gotten inspired by a coach taylor pep talk is kind of awesome. it’s like a little vindication – “so remember when i told you how much you would enjoy friday night lights and then you watched it and you did?” it’s exactly like that. and then you can be like, “you should listen to me more often, i’m a wise sage.” and he nods his head as he wipes the tears from his eyes (just kidding, he didn’t cry, but i did. twice. ESPECIALLY during the scene with the voiceover transcribed above).

our intention was to only watch one episode. but without another word, as soon as it ended, he immediately allowed the second show to play. and i think we would have watched eight more if it wasn’t already WAY past my bedtime. so we put a momentary pause on dillon and told the panthers we’d be back as soon as we had 12 hours at our disposal because watching friday night lights is like eating one lays potato chip -you can’t eat just one.  one day it’s like, “we have an hour to kill, want to watch an episode?” and then a whole season later, you’re wondering where the day went. i’m telling you, it’s dangerous. apparently we have 76 episodes in front of us. gulp, a lofty fete, indeed. but i told him, with ferocious sincerity, “if you watch ANY of these episodes without me, i’ll kill you.” i mean, clearly i am an amazing human. one who apparently gives her friends death-threats. just kidding, but i really did tell him that i would be sad if he decided to sneak a peek into the next storylines of dillon’s finest. because if i’m going to re-watch them, i want the full experience -start to finish. to quote aerosmith in armageddon –“i don’t want to miss a thing.”

and every single friday night in between. 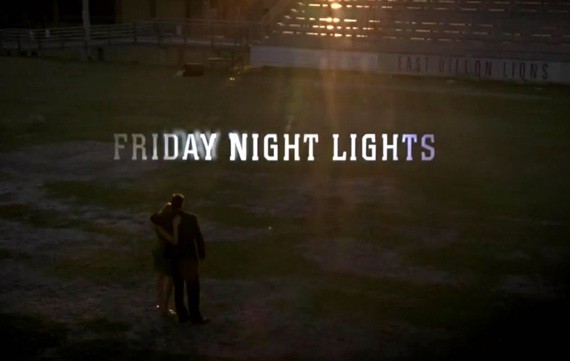