i’ve been in front of the camera all my life. i mean, i am a photographer’s only child, so let’s just say there was never a shortage (news flash: there still isn’t a shortage) of snapshots of me  plastered to the walls of my childhood home. i’ve perfected the solo shot (double skinny arms or one hand in your pocket (thanks, alanis morisette) are always great options when you don’t know what to do with your limbs), know how to work my angles, and hardly ever suffer from a “oh wait, i blinked” moment. like i said, i’ve had a lot of practice. plus, hi, you’re aware of the fact that i take shameless selfies in the mirror every morning so y’all can know how i dressed for work that day.

anyway, i figured all of my time in front of the camera lens would pay off when i went to take new passport photos at the local postal annex near trader joe’s (just in case you’re wondering where you, too can take passport photos or mail a package, or have an encounter like i had) on saturday afternoon. my passport expires in december and i figured i’d get ahead of the game by renewing it now. and that meant taking some new 2″ x 2″ head shots. i realize that passports aren’t used nearly as often as driver’s licences (actually, i have no idea what you do for a living, so maybe you use your passport on a regular basis and if that’s the case, awesome, where are you traveling to?), but my last one lasted me for ten years. that’s a long time to look at a crummy photograph. so after my pure barre class, i made sure to go home, shower, and blow out my hair real nice so i would look fetch in my photo. i contemplated making a drybar appointment, but felt that was a little too much even for me. i chose to wear my neon pink blouse from j.crew factory because it makes me look tan, and let’s be honest, i could use all the bronzing help i can get. a little mascara, lip gloss, and voila, i was ready for the camera. i only assumed i could leave my wind machine at home. they were a professional organization, surely they had their own. apparently, i was wrong.

i arrived to a relatively busy afternoon at the good ol’ encinitas postal annex. and after waiting in line for a few minutes, and making friends with my fellow patrons, it was my turn at the counter.

“hi, i’m here to take renew my old passport before it expires and take new passport photos,” i stated. the jolly indian man, who i believed to be the owner, nodded his head and told me that it wouldn’t be a problem at all. before he handed me the renewal form, he insisted that we get the photographs out of the way first.

“oh, right now? okay,” i said as i looked into the adjacent mirror, fixing any rogue eyebrows and/or flyaway hairs. he motioned me to stand up against a nearby closet door. it was off-white, so apparently it made the perfect backdrop for these kinds of things. i mean, i don’t know what i expected -to be taken into a room with one of those black umbrellas that creates good lighting, or like i said, an area with a wind machine so i could have those effortless magazine-cover flowing locks, but somehow standing in front of a white wall seemed so unglamorous. and it was this type of thinking that soon got me into some trouble.

as i positioned myself against the wall, he held up the camera, told me to look at the smiley face sticker fashioned in the middle, i did the usual slight-left-eye-brow-raise/chin-slightly-turned-down pose that i do in nearly ever photograph, plastered on a natural smile, and braced myself for the flash.

but there was no flash. only the first round of reprimanding.

“you have to get your hair out of your face,” he instructed. “oh, i’m sorry,” i answered as i brushed my side bangs behind my right ear.

i went through my entire ritual again. this time, with my bangs carefully fashioned out of my face. and ready, flash.

he lowered the camera, this time bringing a seriousness to his tone. “you have to look straight on. stop dropping your chin. this isn’t a glamour shot!”

but that’s where he was wrong. it was a glamour shot. it’s always a glamour shot, duh. this photo had to last me another decade -i needed to look easy, breezy, covergirl. he later went on to explain that a passport photo wasn’t supposed to evoke a sense of calm, clear, and collectiveness. quite the contrary, he described, “[in the photo] you’re supposed to look like you’ve just traveled for hours with a small child kicking the back of your seat for the duration of your flight.” little did he know that i’m very good with children and always look refreshed when i depart the plane (it’s called waterproof mascara). but i could see the writing on the wall. i was not winning this fight. i mean, a passport is like an important government-issued document, i suppose if they have perimeters as to what a passport photo is supposed to look like, i should abide by them. whatever. so on attempt number three, i stared into the camera as i was originally instructed, smiled, and he snapped the photo before i could drop my chin or let my hair fall back into my face.

after the photo debacle, the rest of my time at the annex was pretty entertaining. i filled out my renewal form, packaged it up with the new photos, my old passport, and a check so it could be sent to wherever you send passport documents, had a few more sassy exchanges with the store owner, and managed to get hit on by a guy who was there helping his french mother renew her own passport. you know, not what i expected, but clearly one of the highlights of my  weekend.

also, in case you were wondering, the photos turned out fine. and by “fine” i mean i can live with them for the next ten years. lucky for me, my driver’s license expires next year, so this whole “taking a glamour shot for a legal form of identification” is totally still possible. i’ll fire up my wind machine now. 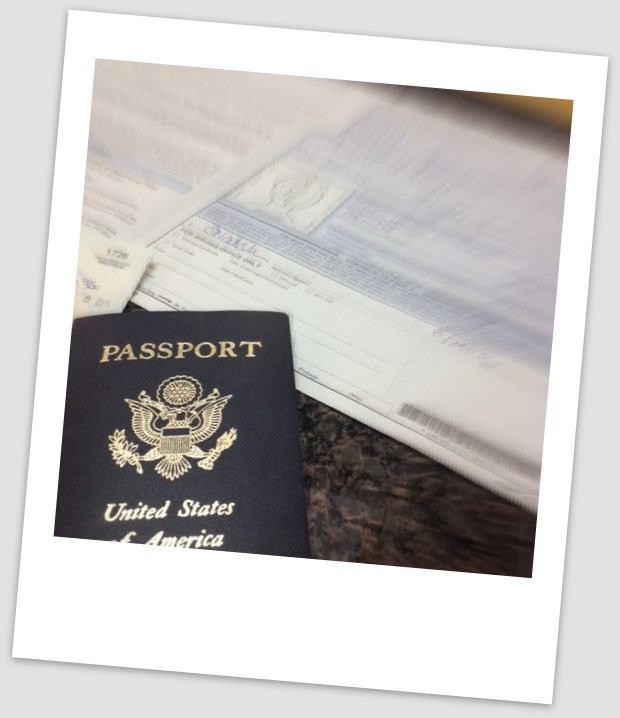