everything is different but nothing has changed.

it’s improbable that things could somehow be altered and yet all the while remain the same; that a paradox of opposites could not, in fact, exist within our comprehension. and yet, this sentiment couldn’t help but be a recurring theme throughout this weekend’s events.

my dear B returned to her former san diego home this weekend for a handful of days spent taking in the company of old friends and breathing in the salt air (and maybe enjoying an in ‘n out confection or two). on saturday morning i met her for brunch at one of our favorite neighborhood haunts. and her presence on the west coast (the best coast) only served to remind me that while nearly seven months have passed since we have shared a zip code, everything has remained as if she had never left at all. somehow, despite the turn of the calendar’s page and the entrance of unexpected blessings in each of our lives -new jobs, new friends (and more than friends) and new experiences overall, she is just as much a part of san diego now as she ever was before. this concept defies logic, i know, but it is no less true despite its inexplicability (it’s not a word, but it totally should be) and certainly no less wonderful, too. she simply fits here.

following our caffeinated catch up session, i ventured off to another reunion of sorts as well as a very special inaugural introduction-a baby shower in honor of the sweetest little mid-western import i have seen in a good long while (boyfriend aside, obviously). and while it was most certainly love at first lace headband-adorned sight when i finally held that little peanut in my arms, perhaps the thing that stuck out most about the afternoon came a few hours later when reflecting upon a photograph snapped amidst the diaper-filled chaos. 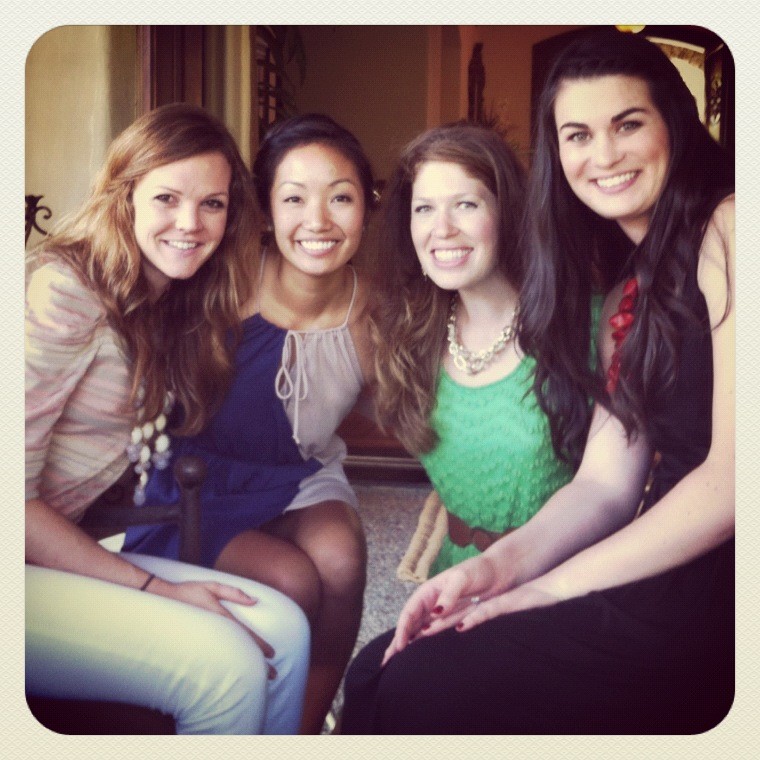 nine years, two marriages, and a baby later (between us four) and yet i still look about 18.

there we were, nine years following our high school graduation. three (the middle two went to the same college) separate college experiences, four separate career paths, four separate life courses. two marriages, three different state residences, and well, what do you know, one very very loved on baby girl. and despite it all, we still find ourselves intertwined in each others lives; popping up intermittently to say hello, to celebrate marriage vows or the arrival of one of the world’s greatest gifts. and every chance encounter warrants pleasant memories, both old and new -a few stolen moments of nostalgia, quickly followed by moments spent tracing the map of life’s most current travels; the perfectly manifested example of how everything can find itself completely different yet also remain exactly the same. there’s a comfort amongst us that simply will not go away.

life marches forward and yet time seems to stop. wasn’t it just a crisp december evening that B and i found ourselves relishing in one more coffee date before her pending departure from america’s finest city? and when exactly did those nine additional candles make their way onto my birthday cake, anyway?

and while i can’t seem to explain it, this whole unfamiliarity and familiarity co-existence, i will say this:

i’m happy it’s real because for all of the changes that can (and have) occur in one month, let alone one year, it’s nice to know that i can still look around every once in a while and find things just as they always were. 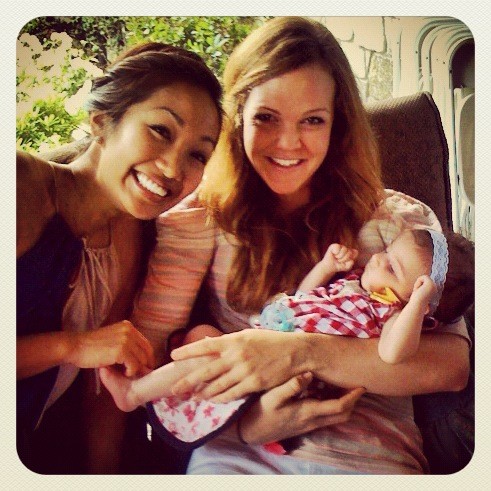 the little peanut and her aunties.