so i read an article recently on one of my favorite “all things lovely” blogs, a cup of jo. the article appeared in the editorial section of the new york times and was actually written by the blogger’s husband! the title of the literary piece? “friends of a certain age: why is it hard to make friends over 30?” and while i’m not quite 30 (three years, thank goodness! just kidding, i hear 30 is totally the new 15), i will say that it has become increasingly harder to make friends outside the confines of collegiate life. as alex (the author) likens it in his article, making friends as an adult is kind of like dating; sometimes awkward and heavily contingent on that intangible chemistry that is all too often a fleeting find.

but when it happens, it’s as if the skies open up and angels start singing through the clouds (or maybe it’s not that dramatic, but i’m pretty sure there’s some sort of singing involved, probably by yours truly). because finding friemistry (yep, just coined that baby) means that maybe, just maybe, you’re not merely destined to maintain the same social circle you’ve spent years tending to. that perhaps there is room for growth and expansion; that “make new friends but keep the old, one is silver and the other is gold” isn’t just a song sung around a campfire at girl scout camp (no? just me?), but actually exists in real life.

i like to think that i’m a friendly person. maybe overly friendly if we’re really being honest here. but you know, i’ve just always erred on the side of conversational. most people are really just looking for someone to connect with -yes, even if it’s in line at the grocery store -so i mean, if someone has to oblige them, i’m happy to do it. so with that said, though intimidating at first, i think i have a pretty good handle on things when i enter into a group of already established friendships. i pretty much say, “HEY, I’M SHAWNA, TELL ME ABOUT YOUR LIFE!” or you know, maybe something a bit less intrusive, like “it’s really nice to meet you.” i suppose i kind of treat friendships like i do relationships -by getting a running start and cannon-balling right in.

and while the whole cannon-balling thing hasn’t always boded well in the love department, it has, more often than not, warranted a very highly successful rate of return in the best friend arena.

last night my guy and i attended a dinner in honor of a very special lady’s birth anniversary. and while she, after two years of friendship, has morphed into one of his closest confidants, over the past four months, she has become a cherished friend of mine as well. similarly, i have had the pure pleasure of meeting and fostering friendships with a majority of those he would more or less deem his “people” and i must say, it is refreshing to be so readily accepted -not only for my association with him (i mean, if he’s dating me, they would have to assume i’m pretty cool, right?), but also and more importantly, on my own account as well. but maybe that’s where i have to give myself a little credit, too.

just like a relationship, friendships take work for ultimate success. there has to be an intentionality involved that perhaps many at this life’s juncture simply don’t have the time to do. and i get it, we’re busy, i totally get that. so it really comes down to whether or not you’re willing to take the time to invest. it’s also kind of scary putting yourself out there like that. like the article says, in college, everyone is in the same boat; we’re all bright-eyed and bushy-tailed, simply trying to survive life out from under mom and dad’s watchful eyes. we seek community, a place to belong and therefore we offer the most vulnerable parts of us up to the nearest suite-mate. and if we’re lucky, we find those companions whose genuine love for us lays the foundation for friendships decades in the making. but as life marches on and paths criss and cross or become diverged all together, we (or at least i am) are oftentimes left with the question, “where have all my friends gone?”

they have gotten married, moved away, started families, changed careers. though our genuine affections for them never truly change, we are faced with the sobering reality that the scales are no longer tipped in our favor; differing interests and life chapters now outweigh the commonalities that first solidified our bond. and that’s life, i suppose, by no fault of their own, or my own, we have simply drifted apart. and i know, all it really ever takes is a phone call or a hand-written note to reignite the flames of our best friend bond, but in the day to day, it’s still kind of lonely.

so perhaps i’ve become a bit more adventurous in my friendship seeking ways. channeling my inner college-freshman (i kind of always try to channel her, she was FAR more adventurous than this woman nine years her senior), i’ve become a friendship flirt, putting myself out there in hopes that someone will take the bait. and i must say, it has paid off in dividends; offering opportunity for budding bonds to be fostered by coffee dates and weeknight dinners, shopping dates and after church lunches.

and i’ve been lucky, i know, to have been given access to such a wonderful community of humans who my boyfriend has cultivated throughout his time in san diego. but i’ve never been one to rest on my laurels or on the laurels he’s revealed on my behalf, i’ve always instead, desired that my friendships be based on an intentional decision, that i might learn to love these individuals for who they are and not simply on the stories i’ve heard second-hand.

last night, as my boyfriend blessed our meal, he closed his prayer with this (paraphrasing): “…and thank you for letting us spend this evening with our friends, in Jesus name, amen.” our. not just his, but mine as well. they have become my friends, maybe not quite in the caliber they are his (and rightly so), but in that moment, i was assured that maybe it’s not merely through “association” that i’m blessed to call this community a part of my own, that perhaps they are my community on my own account as well.

it’s funny, this friend-making business, you know. just like dating in general, there is always that quiet hope that the object of your friend affections feels the same that you do. and it’s not always the case, i know, to find friemistry right away, or at all. but if you’re lucky, and you’re willing to be intentional about your, well, about your intentions, to really make an effort to put yourself out there and invest in them as well, i can’t help but think that friends, and good friends at that, can be made outside of college. at age 27, at age 47, heck, at age 87, too.

one may be silver and the other gold, but they are precious metals all the same. 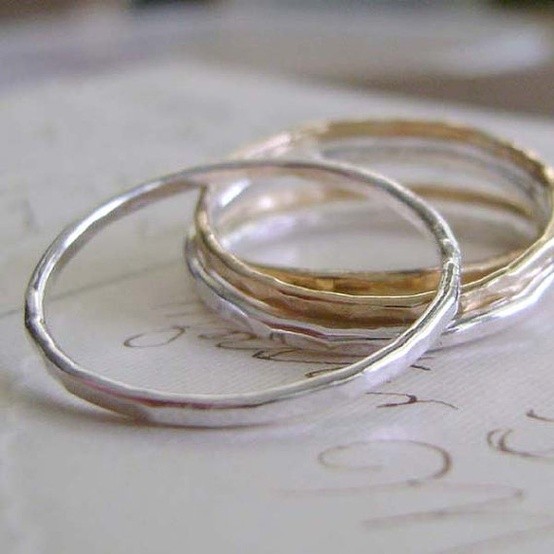 one is silver, the other gold.