so i’m not a parent (if you hadn’t noticed) but i have to believe that one of the hardest things about parenthood (besides that whole not sleeping part in the beginning) is watching your kiddos make their own mistakes. standing idly by as they run right into that oncoming train; saying nothing as life’s rough waters toss them around and turn them up bruised and battered on shore, but ultimately loving them just the same if not a little more to compensate for the pain when they finally see the error of their ways.

and this isn’t to say that they don’t offer a wise word or five amidst the lesson’s learning; many times, having been in the exact same spot you find yourself in now. but despite all of their based-on-experience wisdom, their counsel often falls on deaf ears. because they’re parents, what could they possibly know? or furthermore, what could they possibly know about you?

uh, a lot? last time i checked, they’re the ones who washed, fed, and financed your mug every day for at least the first eighteen years of your life. so they may or may not be more than adequately equipped to call you out on a thing or two. just saying (i know, it kind of stinks that they can do that, doesn’t it?).

or at least my parents seem to know a heck of a lot about me. more than i’d probably like to admit, in fact.

and because of said knowledge, my parents also know that while i’m more than happy to hear their advice and factor it into my decision-making process, ultimately, i choose to do what’s right for me. yes, even if it means running head on into the oncoming train.

and it hurts me to think that i hurt them in doing so; in being so irrational with my actions sometimes. but what’s that they say? that sometimes only in taking the risk and failing can you ever truly learn the lesson?

is that not what they say? well maybe they should, whoever “they” is (are?).

all i know is that when i do make these mistakes, and i stumble out of the rubble from that train collision (graphic metaphor, i’m sorry), despite the the “i told you so’s” that may linger on the tip of their tongues, they choose to love instead. to come alongside me and feel my hurt, to listen to me justify my actions free from judgement or reprimand (okay, maybe a little reprimand), and ultimately to assure me that things will get better. i will be better. better in the emotional sense, better in the physical sense and better in the spiritual sense, too. just plain better.

so i thank them for allowing me to fall. and for the most part, for not running to catch me when i do.

but most of all, i thank them for loving me so hard that they are willing to allow me learn the hard way. 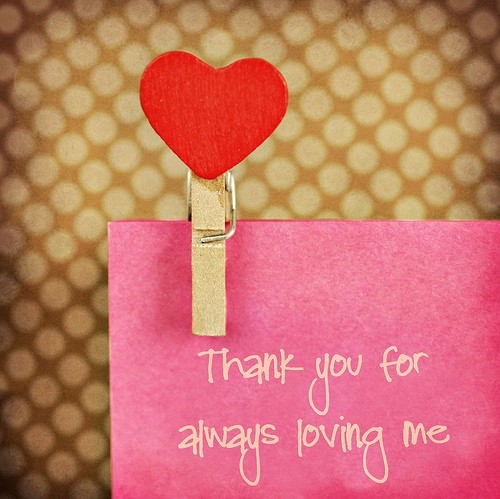