another week has finally come to a close, marking the kick-off of another fabulous weekend in paradise. for me, that means showering another bride-to-be (my cousin) and soaking up every second i have with B who will be in town for a wedding. but before i send you on your way to celebrate another two day work-vacay, here are the six things i’m smitten with this week.

one || bright lips. i’m a fickle pickle when it comes to lipstick. there was a time where i wore it nearly every day (and in bold hues) but in recent, i’m pretty content to just sticking to a nude colored gloss. then i read a recent post on a cup of jo testing out three orange shades of lipstick and now i’m kind of entertaining the idea of going bold again. seriously though, how pretty is that gorgeous bright orange-red shade? perhaps a trip to the MAC counter is in my near future… 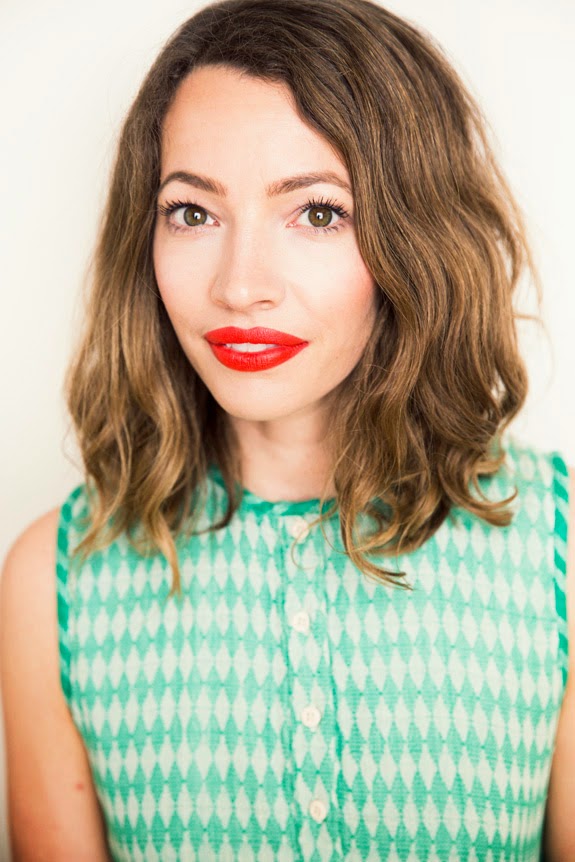 two || big brother. aside from the beautiful weather, seasonal produce, and the opportunity to wear jean cut-offs and open-toed shoes, one of the things i look forward to most in the summer is the return of cbs’ reality competition show, big brother. now well into its 16th season, this year’s group of house guests have already quickly learned that you must always  “expect the unexpected.” there’s just something so captivating about throwing a myriad of personalities under one roof and making them interact, compete, and vote each other off in order to obtain the grand prize of half a million dollars. plus, it’s always a treat to see what host julie chen will be wearing. big brother airs on cbs every wednesday, thursday & sunday. 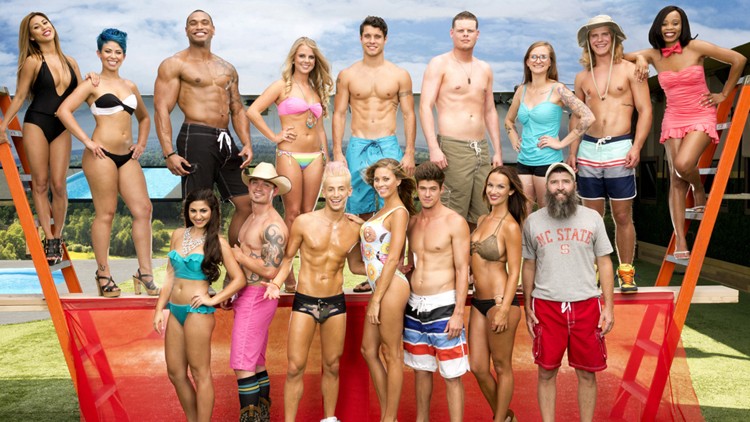 three || packing lists. are you going on a summer vacation soon? whether you’re taking a plane, train, or automobile, staying domestic or traveling abroad,  i could all use some pointers on packing mindfully. kendi of kendi everyday recently posted a fabulous guide on what not to pack following the heels of her european vacation and i must say, i kind of wish i had read it before venturing off down under last winter. so if you’re headed anywhere for more than a long weekend, i highly suggest you take a perusal through her sartorial strategy plan. this one from the glitter guide also offers some great tips, too. with all of that extra room in your suitcase, you have room for me to come with you, right? 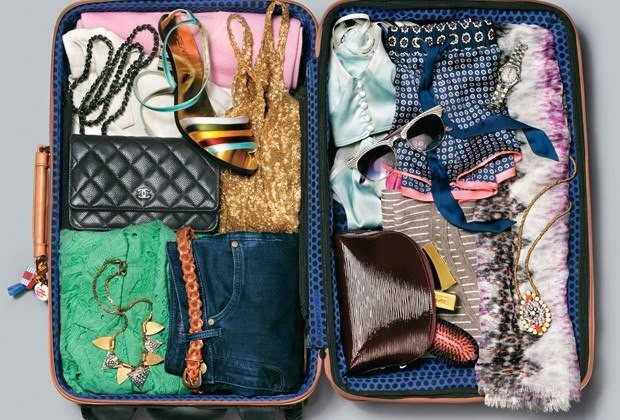 four || beach side picnics. a few months back while L and i were enjoying a stroll along PCH near swami’s in encinitas, we happened upon a couple having a makeshift picnic right there on the cliffs. they had brought a homemade meal from home and had propped it up atop a pair of bamboo tv trays. brilliant, we thought. a few weeks later, i saw on instagram that she had her fiance had recreated the idea with a picnic of their own. and accordingly, it had been a fun, simple, yet unique take on their habitual date night routine. so this week when my wednesday evening suddenly opened up, i got the idea that maybe it was my turn to recreate a similar al fresco dining experience. with a special mister to accompany me, i stopped by cardiff seaside market for sandwiches and we took them down to swami’s beach to eat. following dinner, we walked down to D street to the lookout point where we watched local surfers bob in and out of waves as the sun set over the horizon line. despite the fact that about twenty strangers also had the same idea (making it a little crowded around that bench), it was crazy romantic without being terribly cliche. proving that the best spent moments don’t have to be a) expensive or b) fussy. 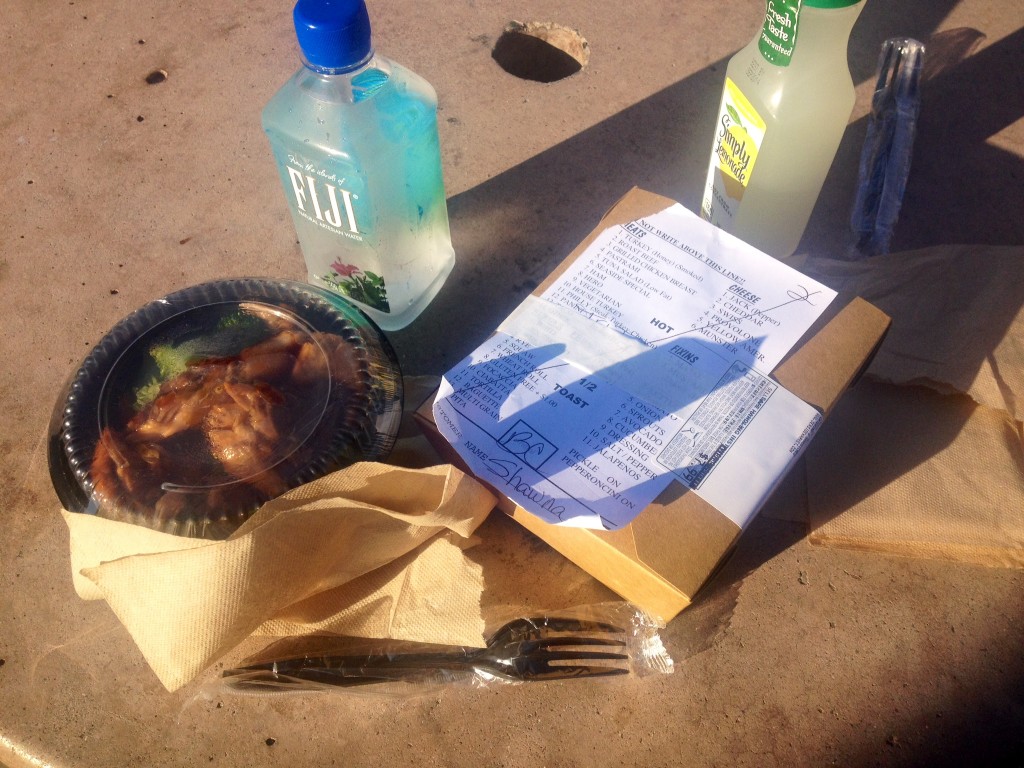 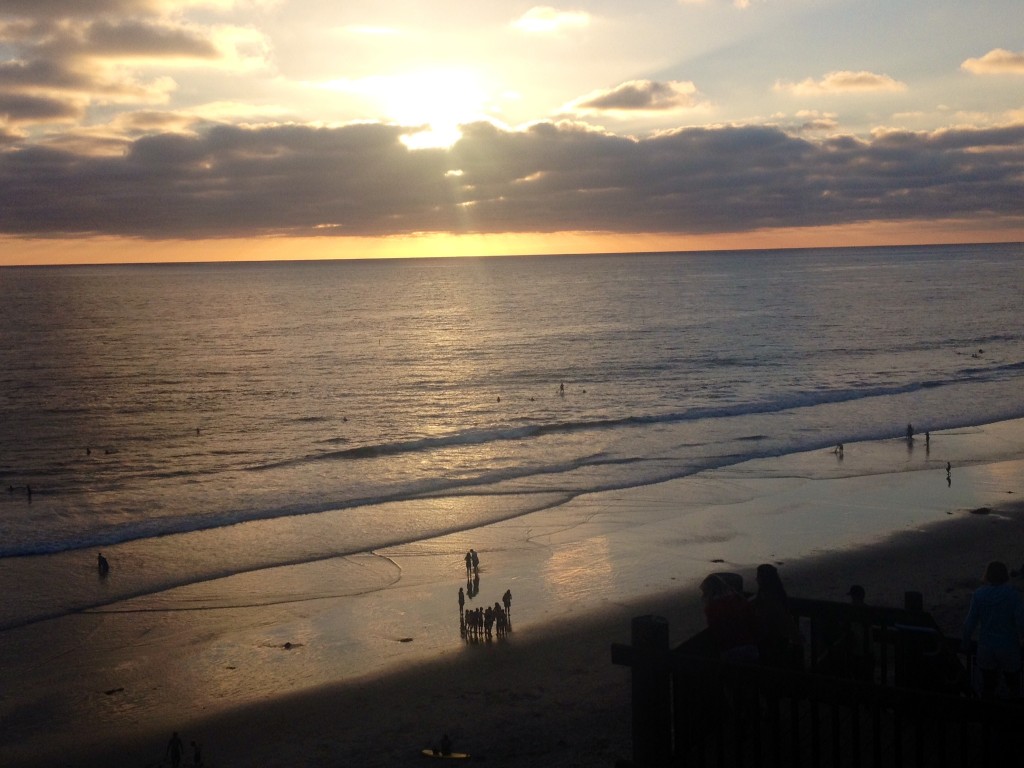 five || colbie caillat’s “try” video. you’ve probably already seen this or at least seen it circulating the interwebs over the course of this past week, but it’s totally worth a second look. a pleasant reminder to all of us, especially women who seemed to be the hardest on themselves, that you are beautiful. even without a stitch of makeup on.

six || B is back, B is back. as previously noted above, my bestie is back on the best coast for a few days and we’re pretending like we live together again. i get to call her my roomie for a little more than 72 hours and i am literally bursting at the seams in excitement. i have filled my DVR with lots of reality goodness in preparation and i can’t wait to camp out on the couch and watch every last episode of bravo programming with her. she should probably just move back here already, don’t you think?

and on that note, happy weekending, m’dears.