when it comes to writing stations, i’ve always been more of a “write with your computer on your lap while lounging on the couch” kind of gal. i mean that’s why they call it a “laptop,” right?

but just because i tend to find my best inspiration for composing darling articles and blogposts to be on the couch while simultaneously watching bravo programming, doesn’t mean i haven’t had big dreams for an eventual home office. if only for the fact that i love office supplies. however, without a clear idea of how to transform my current vacant “dance party room” into my dream work space, i’ve found reasons to delay the project. for the last seven years. whoops.

finally sometime last year i got a bee in my bonnet to find the perfect desk. i figured that’s where any good office started, right? with a quality work station. i searched far and wide.

the only real “investigative” work i did was dragging my dad to the long beach flea market last summer. i had hoped our visit would have turned up some hidden vintage gem, but despite scouring the treasure-lined aisles, we came up short.

and then life seemed to get busy again and i abandoned the project altogether.

the most frustrating thing was that i had a very clear vision of my dream desk in my head. it was essentially a board laid atop a pair of sawhorses, something i had seen at a friend’s house years ago. it seemed simple enough, but somehow i couldn’t manifest my dream into reality.

that is until S came along.

(i mean, you had to know the whole “my boyfriend built me this and it and he are amazing” part of the story was coming).

somehow one day we got on the subject of my extra empty room. when i began to describe my long-standing dreams for said room, his eyes lit up. i could tell the wheels had already begun turning. the conversation eventually turned to my desk dilemma and i lamented as i provided my best description of the elusive work station i had yet to find.

a couple days later, while on gchat, S sent me a link.

and just like that, the image that had been floating around my head for months matched the one on the screen: 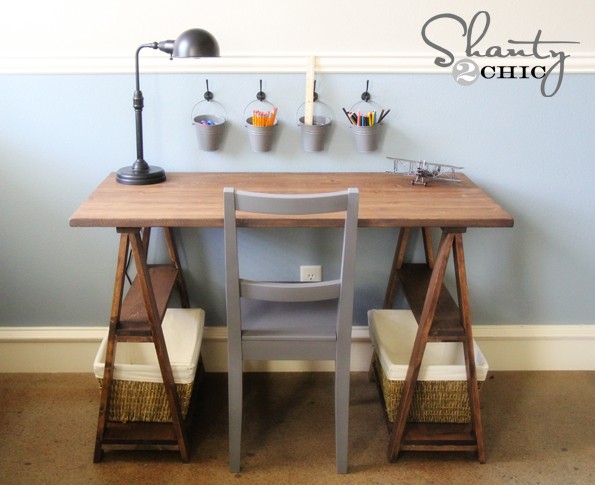 done and done, he promised.

less than a week later, he had already purchased the wood, printed out the directions, and had cleared off his schedule (he had the week off from work, how convenient). on the day he decided to begin the project, i had a solitary request -that he take “in process” photos so i could obviously brag about his handiwork in a future blogpost.

and then these turned up in my inbox (thanks babe!): 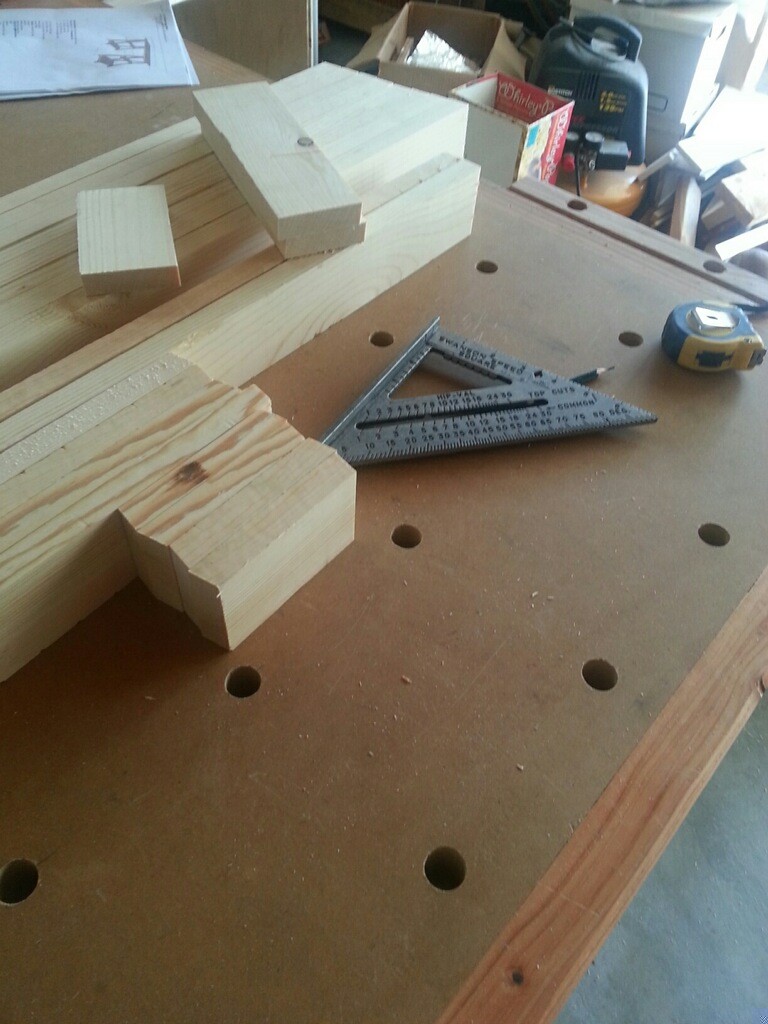 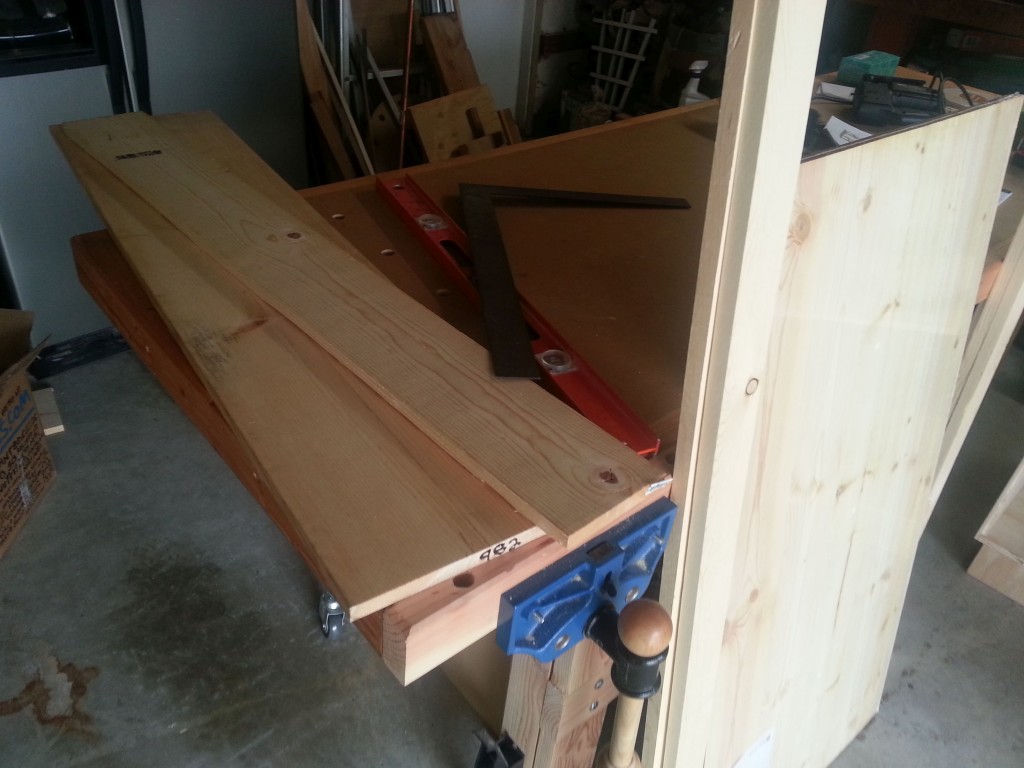 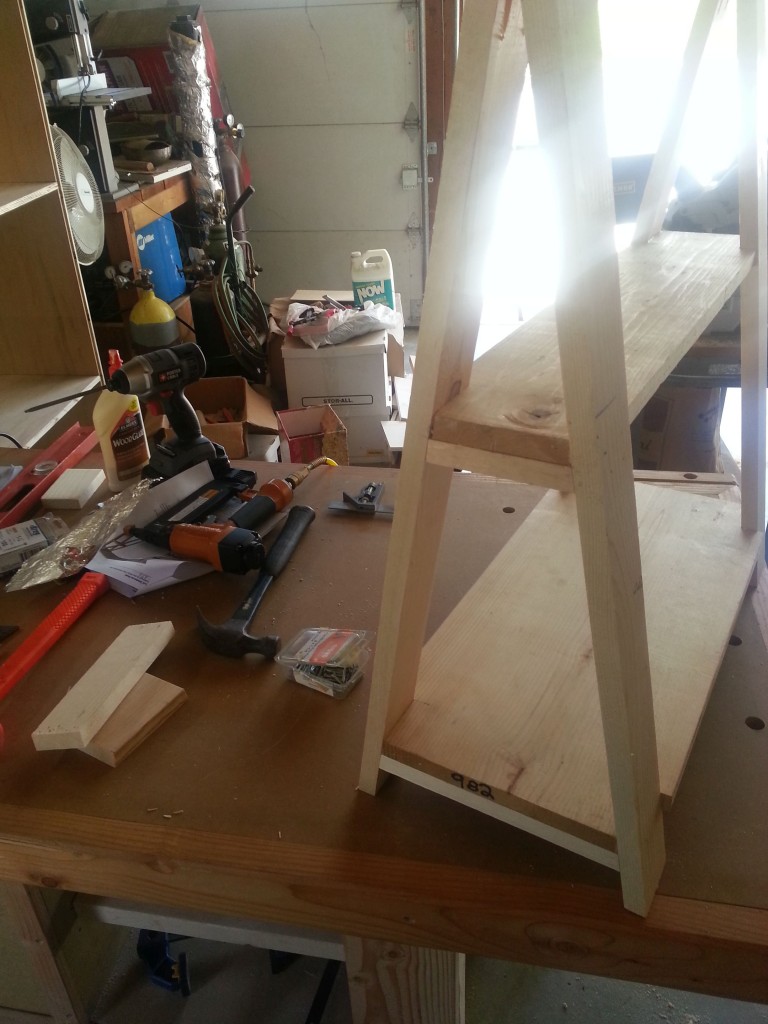 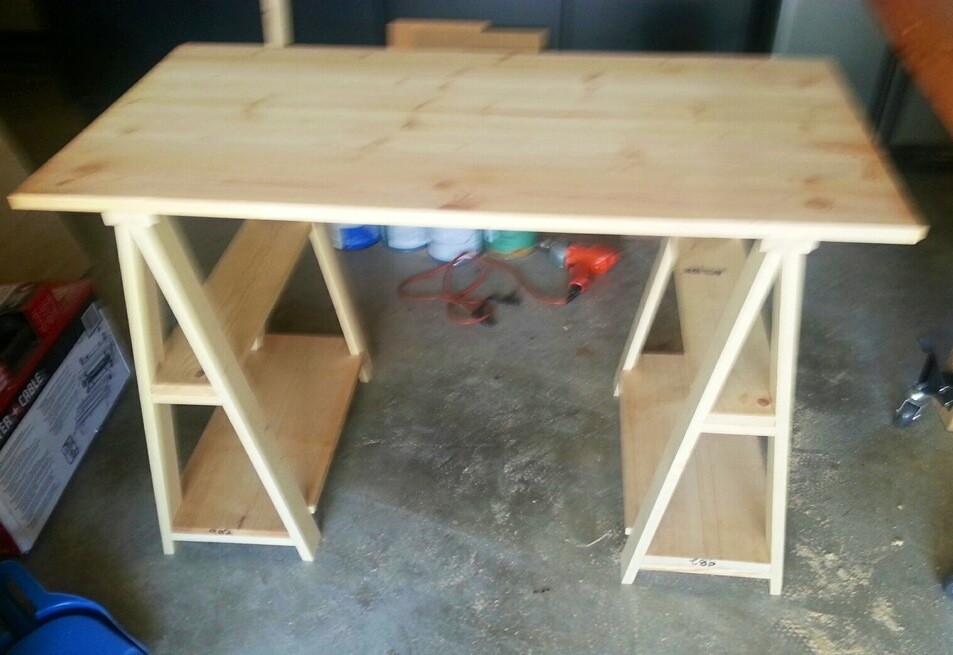 the next night he delivered it to my house (accompanied by chipotle, swoon). we unloaded it from the back of his truck and i brought down a dining table chair to test it out. it slid in beneath the opening perfectly. i sat there for a few minutes, taking in the sweet smell of pine, running my fingers over the unfinished wood.

it’s perfect, i thought. exactly what i have always wanted.

two days later, we went to home depot to purchase a white-wash stain so i could add my touch to the piece. if it was going to be an “S & S original,” i’d have to leave my mark on it somehow. the following afternoon we, excuse me, i white-washed until my little heart’s content. transforming his work of art into a true masterpiece. 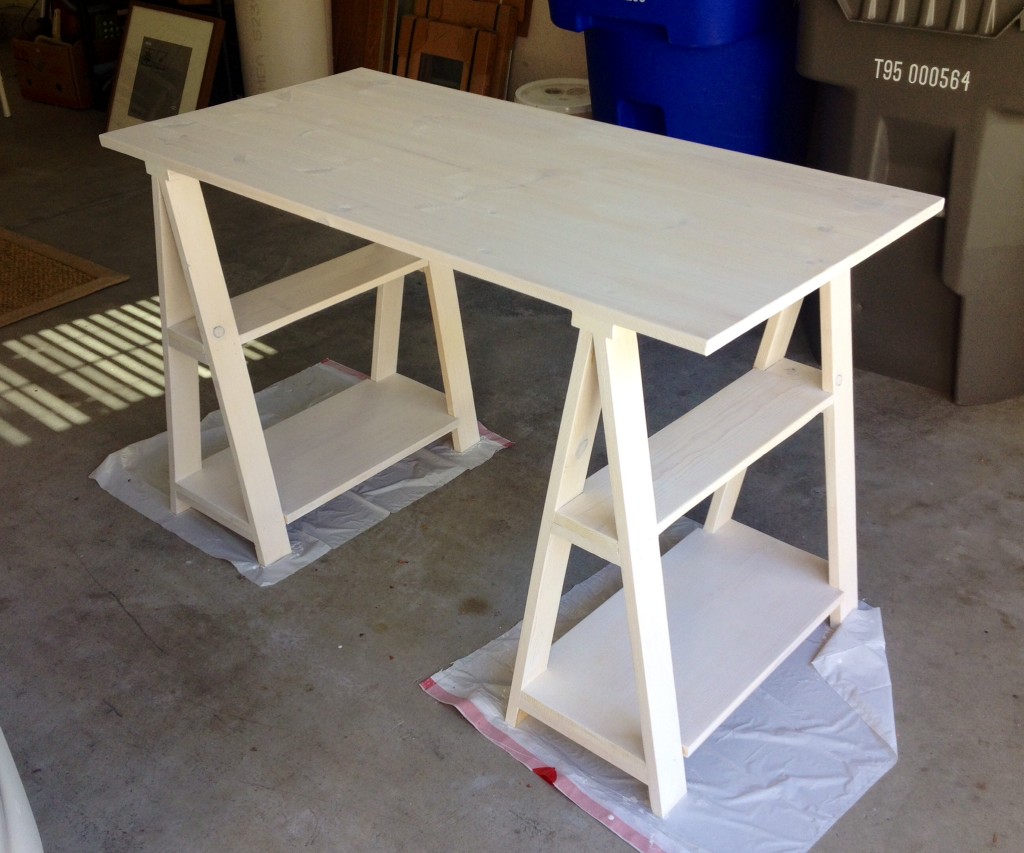 it wasn’t until a week later that we got around to adding the sealant to ensure it would survive the inevitable wear & tear involved with a frequently used work space. but the finished product was more than worth the wait (and accompanied labor). another S & S original and the perfect addition to my slowly & steadily growing office. 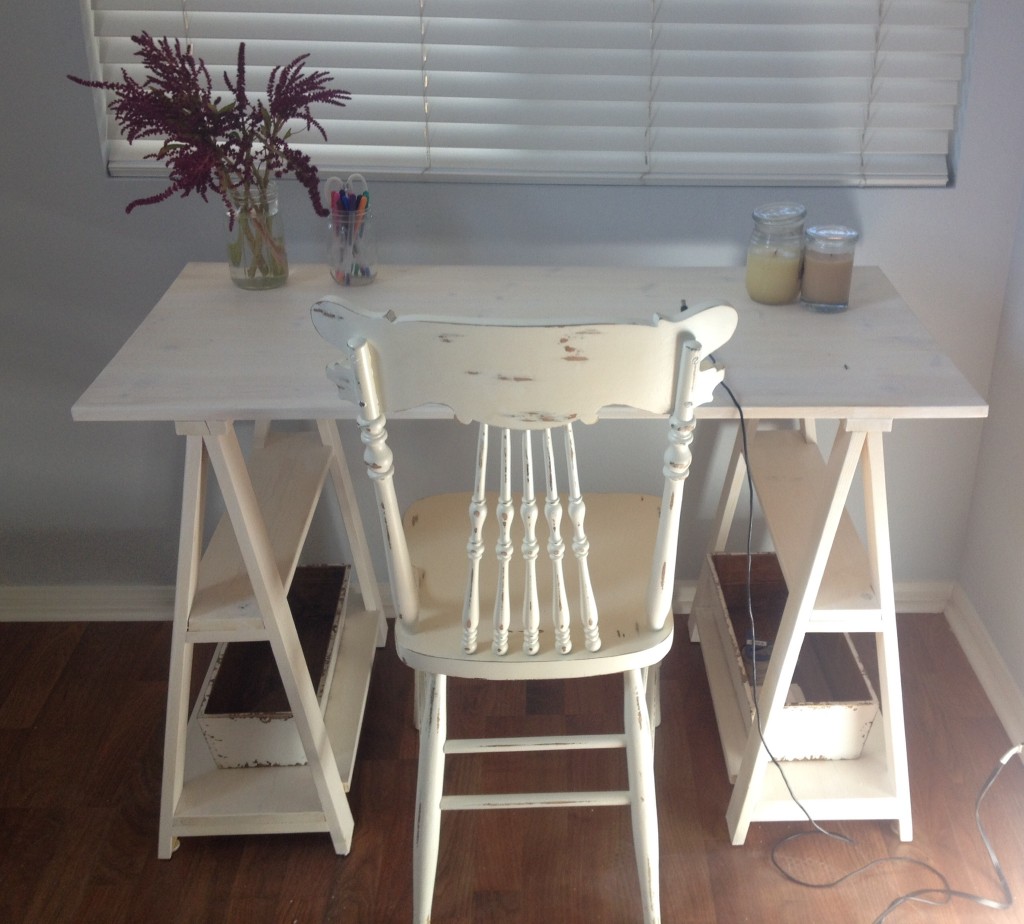