happy weekend-eve, y’all. i am so glad to be through with this week -if for no other reason than for the fact that it’s supposed to drop at least 20 degrees this weekend and i don’t think i can handle one more night of sleeping starfished out on my bed beneath the fan. fall? are you out there?

oh well. i mean, if summer is sticking around a little while longer, we might as well take advantage of it, right? that means afternoon tennis matches and exploring salvage stores and S’s company outing at sunday’s padres vs. giants game. basically things that don’t require full-length pants.

i hope you, too find reasons to forgo full-length pants this weekend. stay cool and hydrated.

one || present over perfect. i’m a little tardy to the party, but earlier this month, one of my favorite authors announced on her website that she’s writing a new book. it’s entitled “present over perfect” and set to be released in spring of 2016. here, i’ll let her describe its overall premise:

I’ve been aching to write this book, because writing is one of the primary ways I learn anything, and I’m aching to move from exhaustion to passion, from comparison to connection. I want to forgive myself for all the things I’m not, all the things I’ve been trying so hard to be. And I want to hold out my hand and invite the people I love into that same compassion, for ourselves, for one another. I want to be free to love wildly, to be silly, to fail and try again because bravery is worth infinitely more than staying safe on the sidelines, afraid to look foolish. I’m discovering, inch by inch, a new way of spiritual living–less striving, more receiving. More love, less hustle. This is changing everything. Everything. 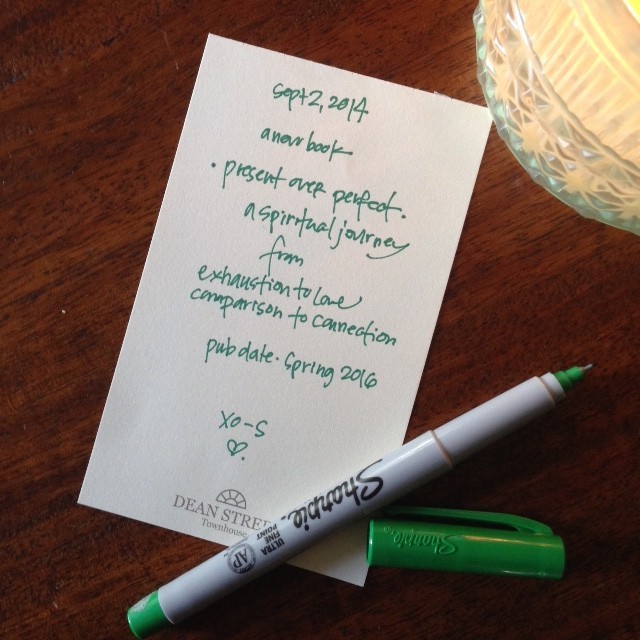 to say i’m excited to read the fruits of her labor would be a wild understatement. reading shauna’s words always makes me feel encouraged, assured, and comforted, as if i’m not alone in the struggles i face in my day to day. like we’re all in this together, a part of a team just doing our best to leave the world a little better than we first found it. plus, she’s just an amazing writer and well, her name isn’t too shabby either.

two || let there be light. remember how i mentioned that S was in the process of constructing me a birdcage light for my office?  well the wires have been connected and the drywall patched and after not having a lamp in that room for seven years, houston, we have a light source. and it is perfect. 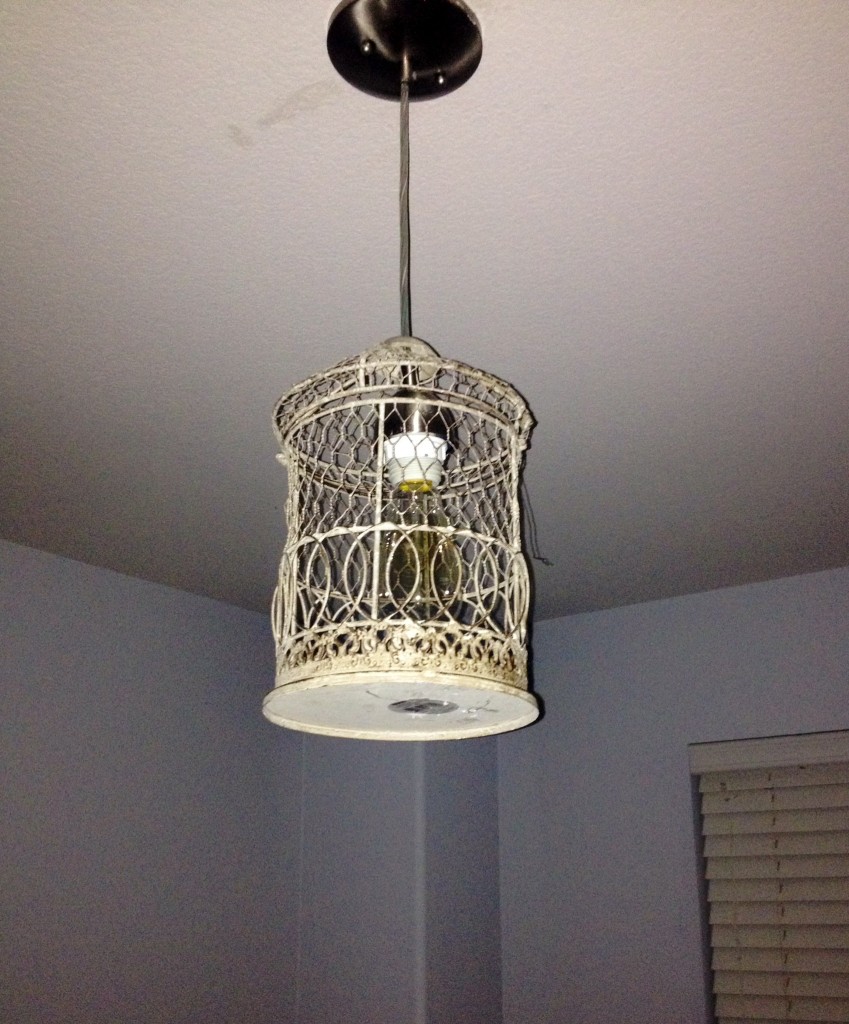 gosh it’s fun having a carpenter/handyman as a boyfriend. next up? a mason jar sconce.

three || pants party. ever since the geico camel asked mike what day it was (hump daeeyyyy), i’ve found a whole new appreciation for the insurance company (and their marketing department). somehow in my dvr-emptying (and subsequent fast-forwarding through commercials), i missed another geico gem. but thanks to S, i have discovered the goodness that is maxwell’s beat boxing.

speaking of boots and pants, hey weather, pretty pretty please cool down so i can wear the two without sweating my face off? kthanksbye.

four || which way’s the beach (plum)? per the recommendation of a friend (thanks M!), i tried out a new north county eatery this weekend when meeting a girlfriend for some after barre sustenance.  located in the la costa avenue center (on the same level of cinepolis), beach plum kitchen is just as charming as its name implies. with a warm and rustic atmosphere (your bill comes in a mason jar) and a menu that will literally make your mouth water (waffles and french toast and homemade jams!), it’s the perfect spot to jump-start your morning or satisfy a midday craving. while i started simple with scrambled eggs, avocado, and their chicken-apple sausage, i certainly have the quinoa & coconut porridge, housemade apricot granola, and gluten-free pancakes on my list of things to try.

five || the beginning of the end. primetime tv premieres have begun and normally, i would be like a kid on christmas eve in excitement for the return of scripted television. but interests (and schedules) have shifted a bit and these days you can more often find me watching the food network and hgtv than anything on abc. i know, i know, who am i? however there are certain shows i simply can’t quit. especially when there are only 13 more opportunities to spend with every member of the braverman family. that’s right, parenthood, the show that makes me do the ugly cry nearly every time i watch it, is about to embark on its swan song and i have committed myself to seeing that it gets a proper goodbye. the final season premieres next thursday, september 25th at 10:00 p.m. on nbc and i’ve stocked up on kleenex in advance. 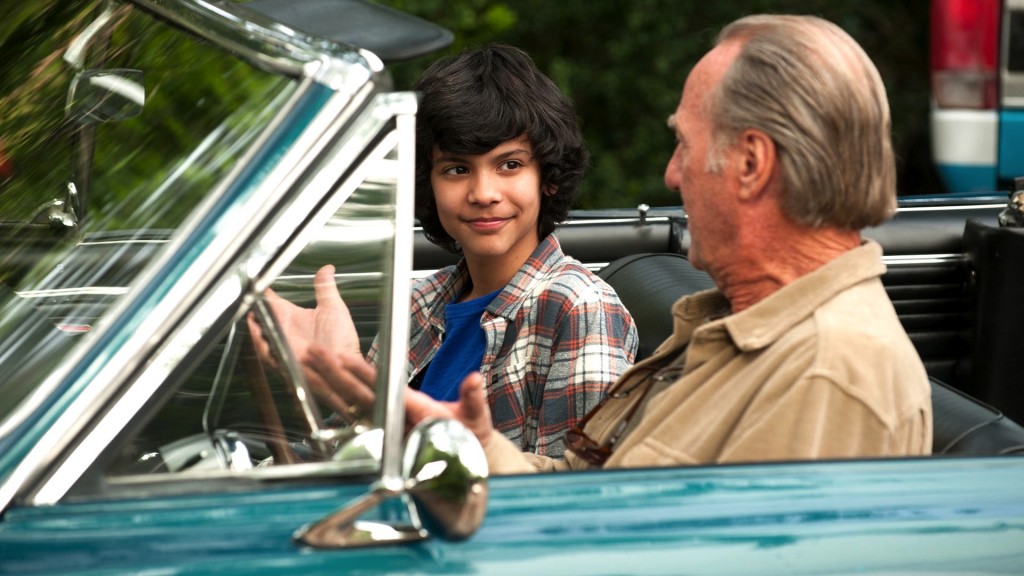 six || the best medicine. anyone who knows me knows i love to laugh. even if i’m the only one laughing (hey at least i think my jokes are funny). so before S came along, when someone would ask me what i was looking for in a future mister, “someone who makes me laugh” was always near the top of the list. when they set us up initially, the girls had mentioned S’s knack for a good sarcastic whip. and after experiencing it first hand on our first date, it was clear i was pretty smitten by night’s end (his dimples didn’t hurt either). over the course of the past 76 days (i mean, who’s counting?), i’ve come to appreciate S’s ability to make me laugh even more than i did during our first interactions. mostly because he seems to get funnier by the day. that or i’m becoming more easily amused in my older age. either way, this week we shared upwards of three good laugh-until-tears-stream-down-your-face-and-your-abs-hurt-afterward giggle fests. and while this has become pretty standard around these parts, i don’t want to take part of our relationship for granted. because it is truly a gift to share belly laughs with your best friend. plus at this rate, given the ab workout, i should have that six-pack by thanksgiving. 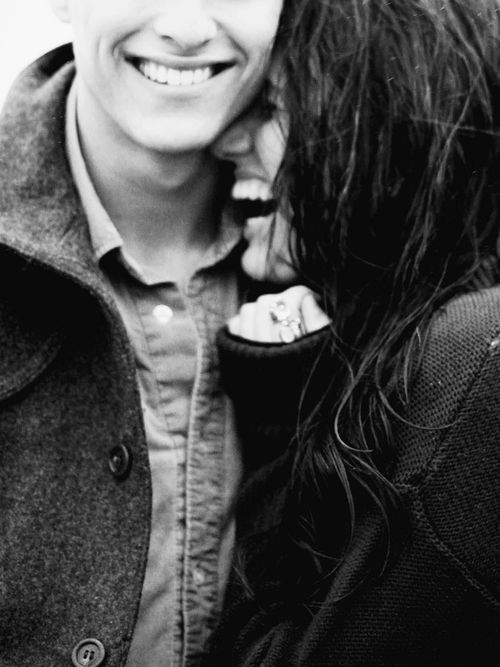 image via: that kind of woman.

on that note, i hope your weekend is full of laughter (and air conditioning and good food). basically what dream weekends are made of.