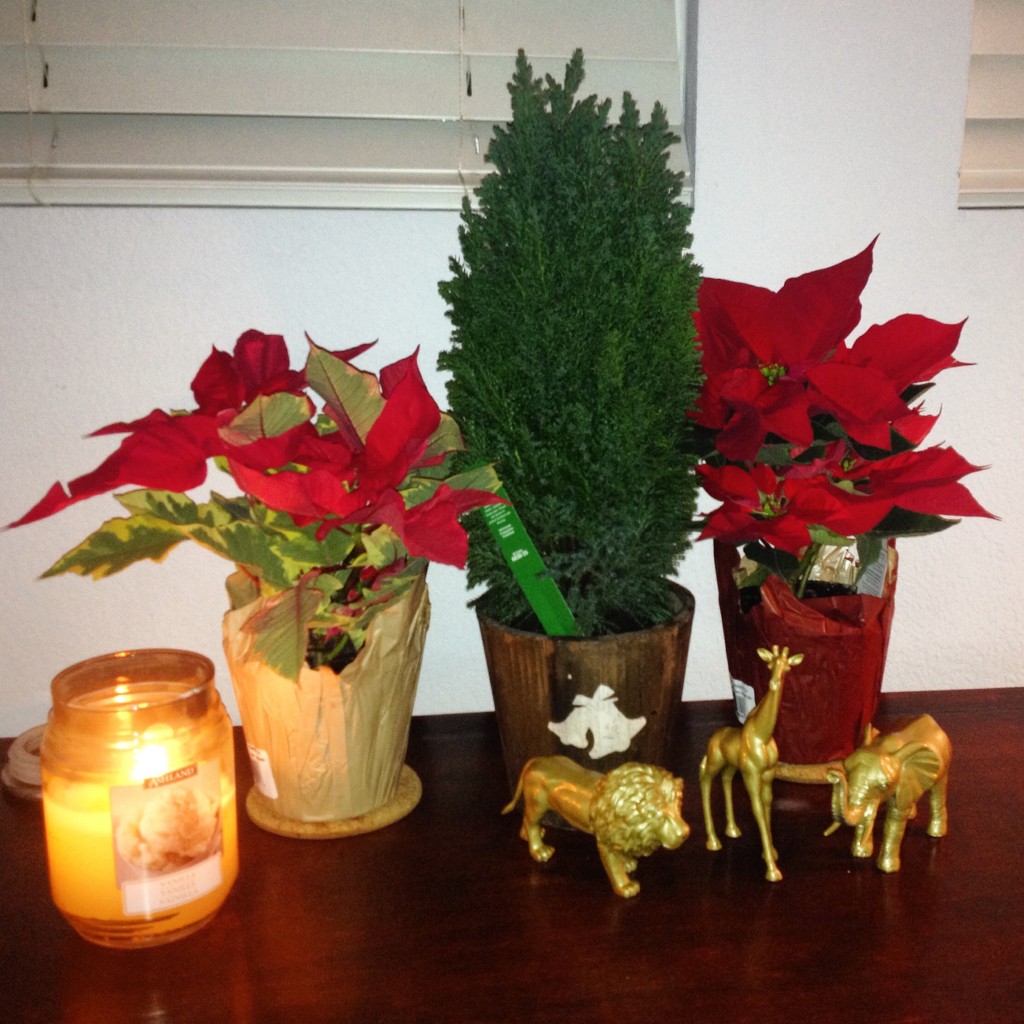 this was the weekend we’d officially get into the christmas spirit. we had already logged a few hours of christmas shopping, purchased all of the necessary ingredients to whip up a batch of S’s grandma’s famous cookies, all that was left to get was our tree.

so on saturday, we followed the lead of many a north county neighbor and headed toward home depot, where we had spotted some charlie brown hopefuls on our last visit. nestled in festive cranberry-colored pots, i started to feel the excitement build as i spotted the tiny spruces lining the perimeter of the front entrance. but almost as quickly as i noticed the tiny trees did i notice their not-so-tiny price tags. seriously, for the price of one pint-sized pine, we could have gotten one three-times its size.

is this because they’re still alive?

whatever the reason, we were not having it. so we took our patronage elsewhere (take that!) -to where else? duh. trader joe’s. there we found and purchased two pint-sized poinsettias and an equally as pint-sized potted pine -all three components of what we later coined our “christmas corner” (sitting atop my coffee table) costing us a fraction of the original home depot tree. sure, the tiny tree doesn’t allow for much of anything to be placed beneath it, but i think santa will be just fine placing his goodies beside it instead.

plus our zoo animal nativity scene (fun fact: those were a bit of a DIY project themselves. , ahem S, spray painted those with some leftover gold paint and i think they came out adorably!) could probably use the company.