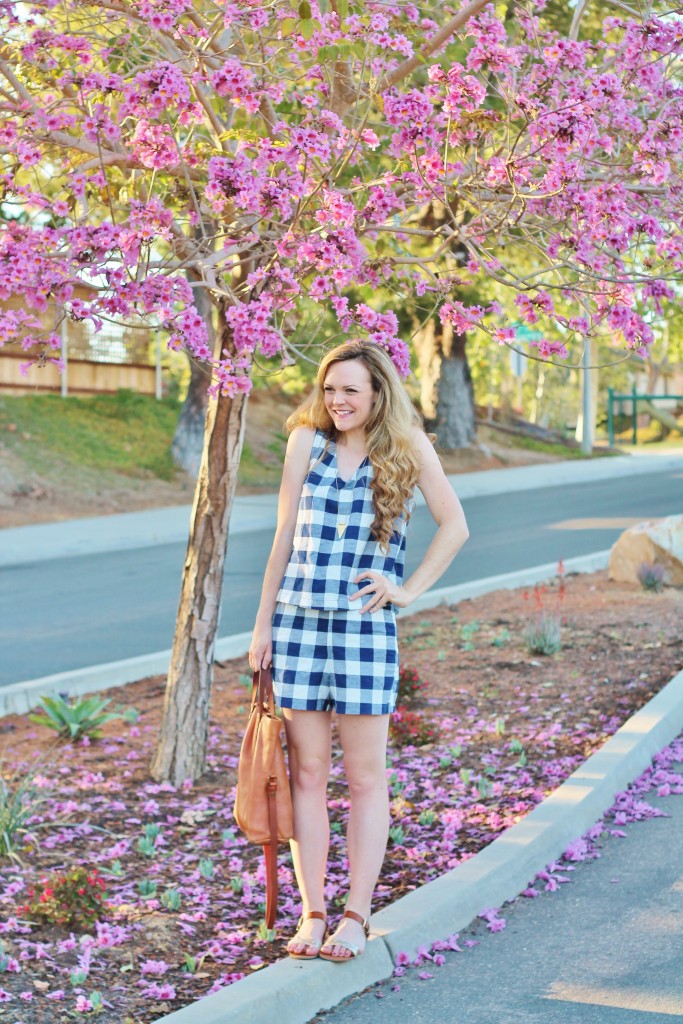 it starts out so innocently, doesn’t it? “let’s just go to old navy to look around,” i said. “okay,” he said. “we can look for some spring stuff for your closet,” i added. “sure, why not?” he answered.

truth be told, we really did venture to old navy a few weekends back for him. and despite the meager selection in the men’s department, S did end up snagging the perfect v-neck striped tee to pair with chambray shorts and dark-wash denim all season long. but somewhere between looking at men’s khakis and plaid button-downs, i managed to spot this adorable gingham two-piece set and well, given my obsession with gingham this season, i was all but obligated to try it on.

let me back up a second and say that i have been looking for a short romper for a few seasons now; something to throw on over a bathing suit or on when it gets 15103581591875 degrees this august. but unfortunately my long torso has always prevented me from finding one that isn’t completely unflattering. so when i discovered this two-piece set that almost reads like a romper when paired together, i figured it was the universe’s way of telling me, “shawna, this is the next best thing.” and truthfully, it might be even better than a one-piece because it can be separated to make two additional outfits! so stay tuned for more ways to mix and match this adorable set. 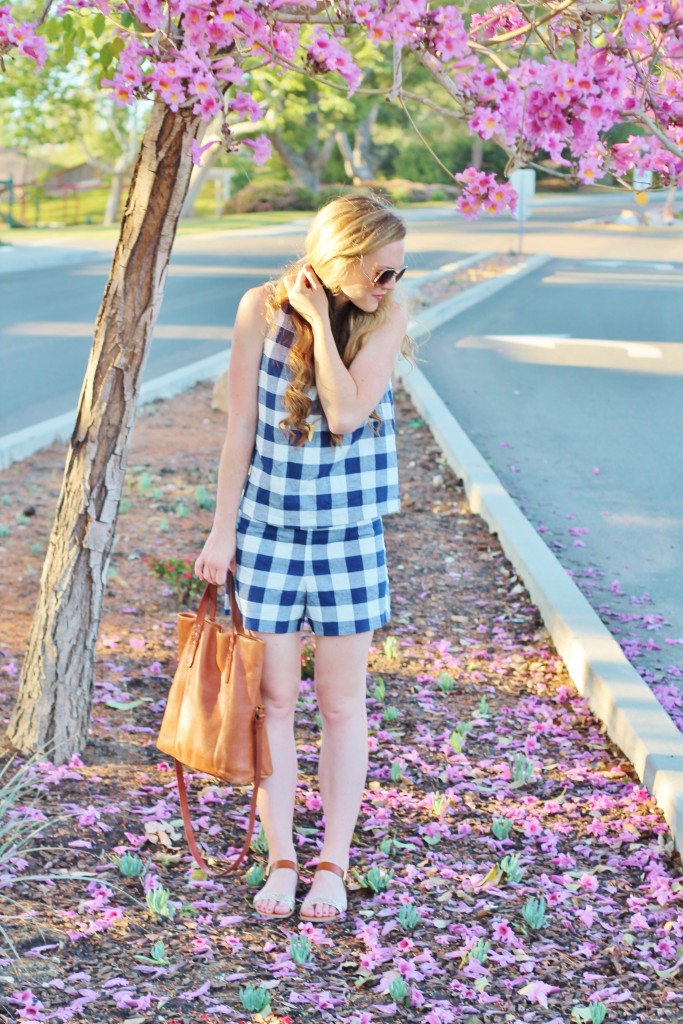 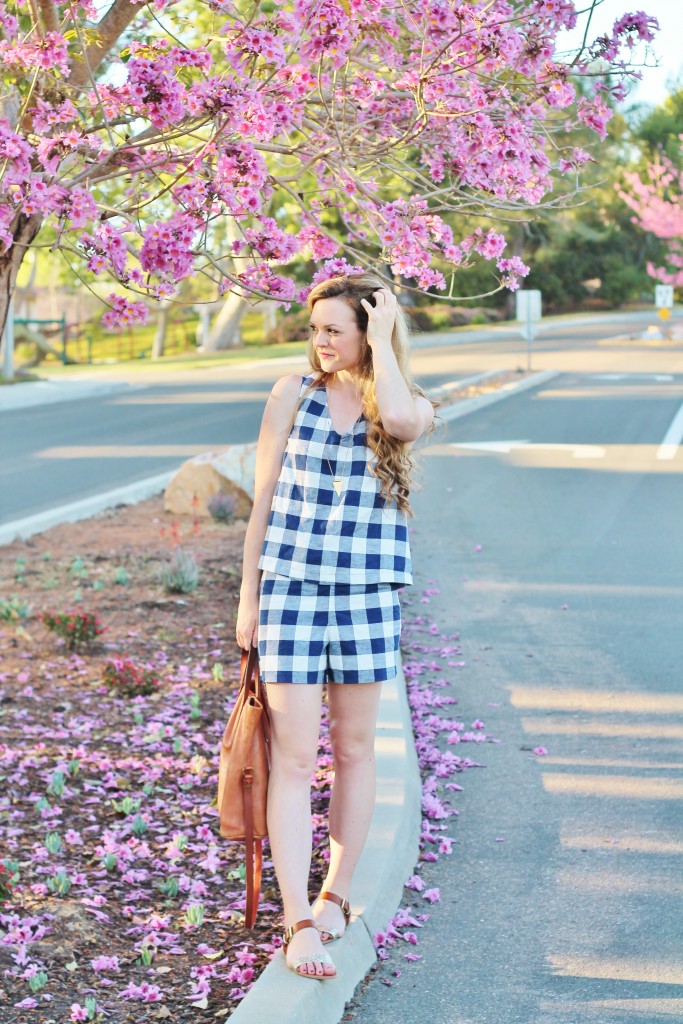 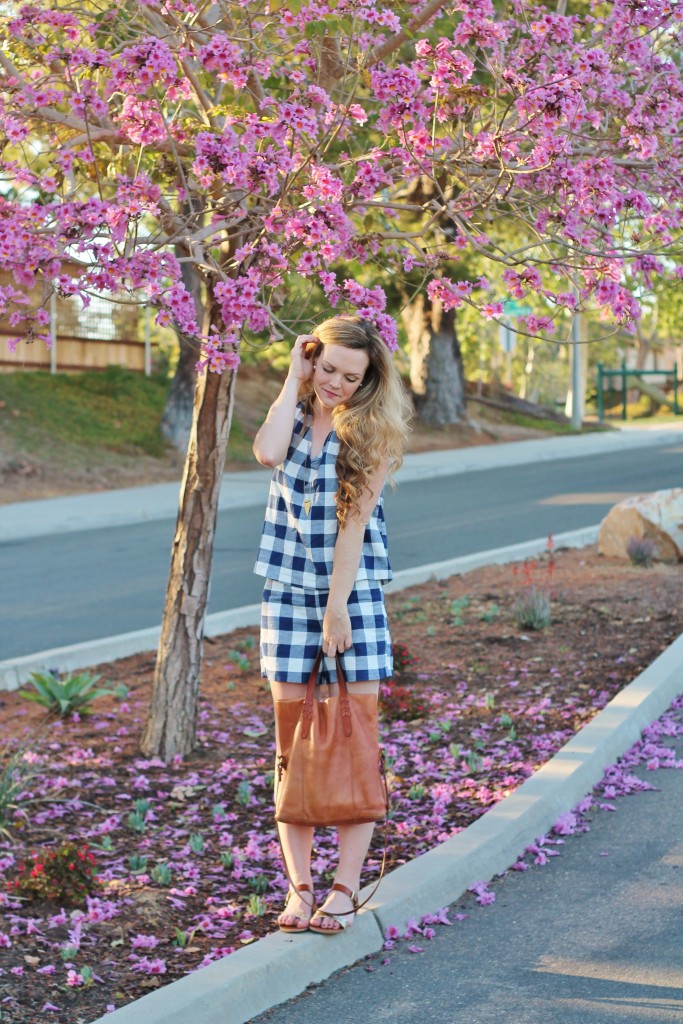 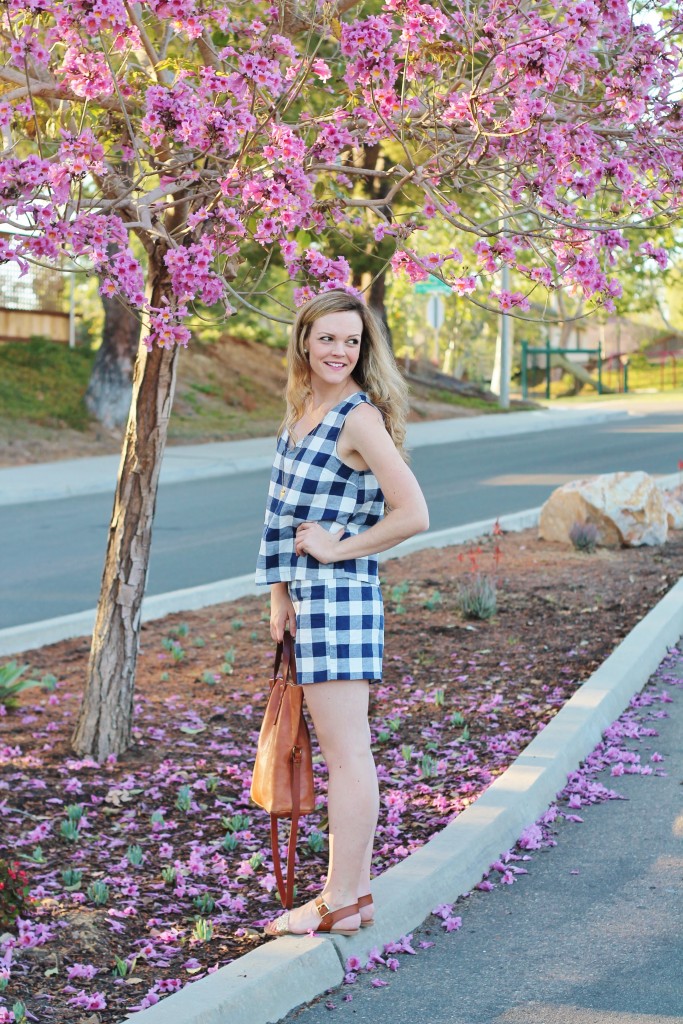 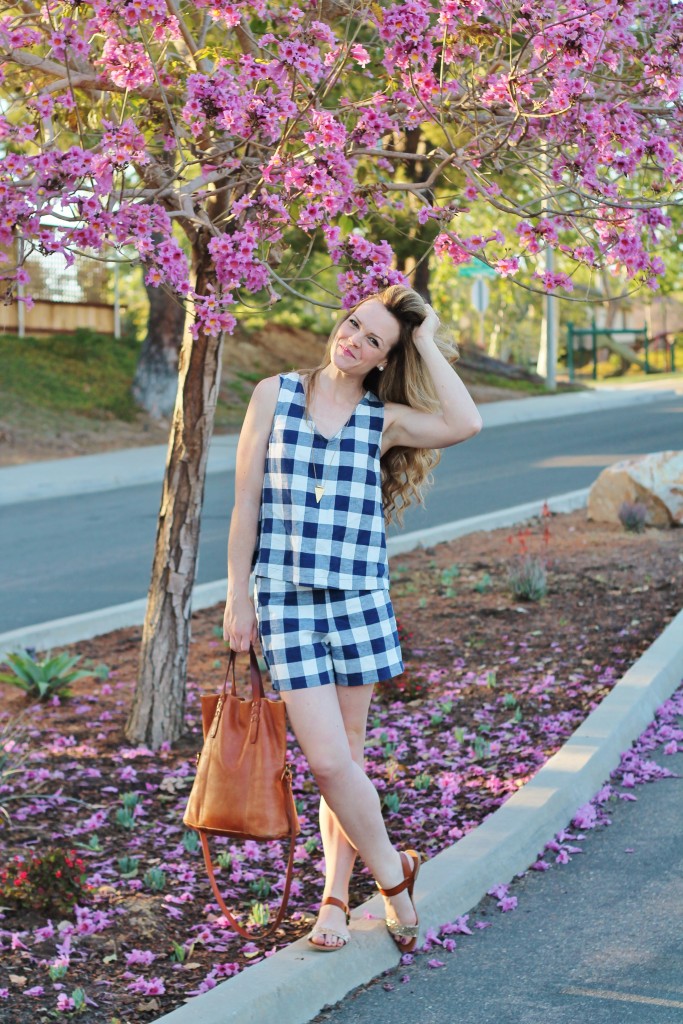