so here’s the thing.

despite my new grown-up web address, there will forever be some items of my life that well, may seem a bit un-grown-up.

so with that said, i have to inform you (as if you didn’t already know, have your dvr set, snacks in the fridge and your best gal pals coming over to join you) that tonight is a very big night.

sure, there’s some big football game being aired at 5:00 p.m. something about badgers, ducks and roses?

but you see, the only roses i’m thinking of tonight don’t involve a bowl game.

they involve 25 bachelorettes, one very rafael nadal-doppelganger-esque benjamin flajnik, a few too many glasses of champagne, and of course, our host chris harrison.

that’s right, people. the bachelor season 847 (not really, but i lost count after that dreamy doctor travis stork’s season)… 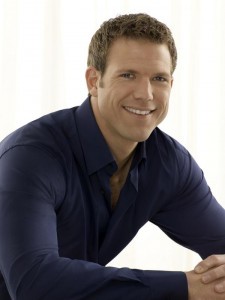 whoopsies, got a little distracted there.

(fun fact: in case the above photo is simply not enough to appease your travis stork-craving, you can catch him on the show the doctors which airs (for san diego residents) monday through friday at 4:00 p.m. on kgtv 10.)

but back to tonight, the bachelor season x, wait, i just googled it, it’s season 16(!), premieres tonight at 8:00 p.m. on abc. but like i said, you probably already knew that.

and i know, shows like the bachelor and its counterpart the bachelorette all but seem to make a complete mockery at the world of dating, love and eventually (well, only for a total of two of the twentysomething couples) marriage. and well, i can’t argue that.

but i can argue this: there is a unifying quality that programs such as ben’s-quest-to-find-love-again bring to the table.

we all love romcoms. yes, even you, cynic (you can’t honestly sit there and tell me that the notebook didn’t make you shed at least one tear, can you?). maybe for the fact that they make us believe that someday we, too will get our happy ending (those are what disney movies are for, too); despite the unrealistic factors involved in getting there. so for us non-hollywood types, the bachelor is as close to a real-life romcom as we get.

actually let’s go with romdram (pronounced “rom-drawm” for “romantic drama” in leiu of the abbreviation for “romantic comedy” because if you’ve watched any season of this show, you are well aware of the fact that the tears and drama far outweigh the laughs and light-hearted fun).

just like that feeling we got while watching kate hudson realize her feelings for matthew mcconaughey in how to lose a guy in 10 days, watching two people fall in love without the hollywood script (easy there, i realize reality shows aren’t completely “real” but for all intensive purposes, let’s pretend they are) is kind of endearing. it’s sweet. it’s special. and yes, incredibly cheesy, but what’s love without a little velveeta every now and again?

(and i am well aware of the fact that with each passing sentence i’m losing more and more credibility, but i promise, there’s a deeper meaning i’m attempting to get to. concise and non-locquacious i am not.)

but maybe the real reason that i love this time of year, and the dawn of a new season of the bachelor is the fact that i get to share every awkward exchange, drunken outburst, heartfelt revelation and drama-filled rose ceremony with my very best gals. 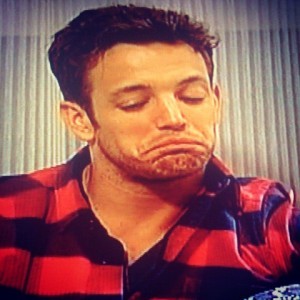 i have no reason to post this other than to tell you that this may or may not be the best photo to ever stem from any and all seasons of the bachelor/bachelorette franchise. ladies and gentlemen, i give you ames brown.

you see, this show was never meant to be watched alone. it warrants company in the highest degree. and ever since i can remember, or maybe since the program debuted in 2002, my girlfriends and i have found a way to share in each new bachelor’s (or bachelorette’s; that came the following year in 2003) adventures, together -no matter the geographical distance between us. and that’s where technology gets a big old fat smooch from yours truly. because on any given monday evening, i can receive upwards of ten (probably more like twenty, but i didn’t want to sound excessive) texts (equally as effective means of communication mid-episode also include: tweets, facebook messages and the carrier pigeon i received once) from my bests who may or may not be just as appalled, intrigued and/or heart-warmed (or a combination of all three) by the scenes unfolding on the television screen before them. there have even been many an email chain come tuesday morning recounting the mascara-smeared meltdowns from the night before. and of course, there’s always references to the godmother of all things bachelor/bachelorette/bachelor pad-related, miss lincee ray of ihategreenbeans.com.

somehow, somewhere along the way, this show became a means of drawing us all together. and well, i’m quite thankful for that. no matter how much flack i get for regularly tuning in to watch these shenanigans play out.

and though my regularly-scheduled in-person viewing partner has moved away for a time being, i am lucky enough to have another equally as awesome gal pal by my side i mean, enjoy every last wine glass clink (ben’s a winemaker if you didn’t know, so i suspect the vino will be ever flowing this time around, brilliant marketing for evolve (that’s his winery, and yes i know it is not normal that i know this without the aid of google), bee-tee-dub) and tearful limo ride for the next five months.

so yeah, you may think talk of roses today only pertains to a very important bowl game.

and it does (go ducks! or badgers? whatever makes me less enemies, thankyouverymuch).

but for me and my girls, roses-inspired chatter also equates to a quarter-century’s amount of singletons vying for the chance at the title of mrs. benjamin flajnik (i know, how’s that for a last name?).