where the turf meets the surf, down at old del mar
take a plane, take a train, take a car

there’s a smile on every face, and a winner in each race
where the turf meets the surf, at del mar

on sunday, S and i ventured down to del mar for a day at the racetrack. with three other couples in tow, it was our first official outing with friends and i must say, i was particularly excited about it.

the track was abuzz with horse and beer enthusiasts alike as, in addition to the regularly scheduled post times, the pacific classic (with a million-dollar purse!) was going down in the 10th race AND the international craft beer fest was also being held in the seaside concert area. we bought wrist bands and joined a few thousand of our nearest friends to sample the selection of stouts, ales, and ipas. thankfully there was a slight breeze running through the grandstands as we roamed around the blacktop in the summertime heat. another perfect day in paradise, poor us.

with the first race taking place at 1 p.m., we all placed our bets in hopes of winning it big. or at least making back our $2 bet back with some change. both S and i had received tips from outside parties (his dad, my boss) beforehand, so their advice certainly aided in our deciphering on which ponies to place bets. we mainly focused on the caliber of jockey, taking into consideration the horses’ individual odds, and of course, my favorite determining factor –the horse’s name. after betting on nearly all eight races (don’t worry, they were $2 bets each time) we stayed to watch, we ended up +$5 when all was said and done -having our biggest payout in the fourth race with a quinella pay out of $20.40 (woo hoo!). despite the fact that we may not have made it rain with our winnings, we had a wonderful time. it was so fun to not only take advantage of a local summertime tradition (the track!), but also, have a sunday funday out with couple-friends. 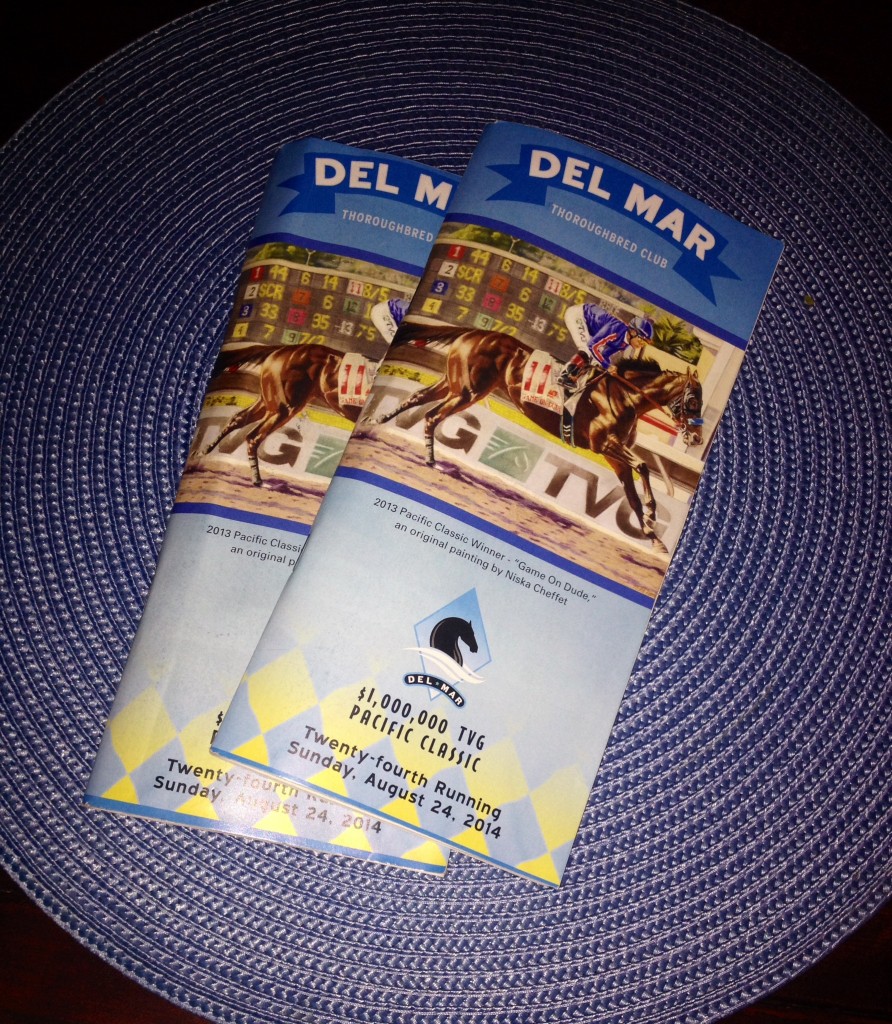