early last year a girlfriend came to visit san diego with her fiance in tow. with the couple living out of state, for many of us it was the first opportunity we had to meet her husband-to-be. spoiler alert: we loved him. so when we all got to watch them get hitched a few months later, i was so happy knowing H truly had found her perfect match.

i was the eleventh wheel that night. like literally it was me and five married (or soon-to-be) couples. which until a few months ago was pretty much standard around these parts. but i owned it and honestly enjoyed observing how each of the couples -at various milestones in their relationships -interacted with one another. their body language and chosen verbiage, their use of pet names or lack there of, their actions and overall demeanor. clearly people watching is fascinating, but perhaps as a then singleton, married people watching offers a whole new level of intrigue. mostly for the fact that it is in those moments that you’re able to quietly assess what kind of relationship you might like to have if ever you’d find yourself on the other side of things.

anyway, at a certain point in the conversation our visiting friend mentioned how her fiance was her teammate. that when they had a decision to make or an issue to solve, they’d tackle it not as individuals, but as a united front. his problems were hers and vice versa. until that evening, i don’t think i had ever heard of that particular metaphor in describing a relationship, but it resonated me well beyond our dinner conversation that night.

if you’ve ever watched the amazing race, you’ve seen a tangible of example of how this concept can play out in real life. oftentimes couples are literally each others’ teammates in a (said in the host phil keoghan’s kiwi accent) “race around the world” and let me tell you, sometimes given the high-stress environment (not to mention the jet lag), the teams get tested. physically, mentally, emotionally, and in terms of the strength of their bond outside of the confines of the game. i’m always so fascinated by how each couple functions as a unit, especially in times of frustration. do they immediately resort to the blame game or do they see the bigger picture? that at the end of the day, it is only a game and all people make mistakes and sometimes puzzles are hard and before you pick a fight, maybe eat a sandwich because hanger is real.

so with these two examples in my mind, i’ve spent the last year really thinking about what it means to be someone’s teammate. and in the same way, what qualities i’d expect out of mine. among things like “someone to watch project runway with” and “someone who won’t judge me when i polish off the jar of almond butter in two days”, i’d want a supporter, an empathizer, and an encourager. someone to push me to be a better version of myself and speak truth into my life when i let my insecurities get the best of me. someone who would make my dreams theirs and in turn share theirs with me so i could do the same, someone who at the end of the day, simply made life fun. someone i’d be proud to have on my team. and someone who would be as equally proud to have me on his. in making these hypothetical lists, i realized i no longer wanted someone to come and rescue me or fill this void that i had convinced myself i had in being single, i simply wanted a partner-in-crime. and when i started seeing my future mister in that light, it took a heck of a lot of pressure off the search.

and then came S.

S came into my life like a quiet whisper, one day he was simply “a nice guy i’d like to set you up with” and the next i kind of couldn’t imagine my life before he entered the picture. he just seemed to fit so effortlessly. and one of the biggest ways i knew he was different than the others of my past was how focused he also was on the concept of “the team.” fun fact: we actually often call ourselves “team S.” when we finish a project together or turn out a delicious meal or even if we’ve both individually had a particularly productive day at work, it’s always a high five and a “go team S.” but trivialities aside, “team S” translates on deeper level, too.

being in a new relationship, i feel like there’s always a bit of trepidation in revealing wounds of your past. so much of our behavior in any relationship is inevitably influenced by our experiences -good or bad. and i won’t lie, there have been moments where i’ve held my breath, thinking that the other shoe was going to drop. that the fairytale i’ve been wrapped up in would come to a screeching halt, kind of like it has a time or two before. and in so many words i’ve voiced my concerns with S, or better yet, he’s sensed them in me even before i’ve uttered a word. turns out i’m a terrible actress, and that goes for my non-verbal cues as well. but instead of insisting that my issues are mine alone, he’s honored our team pact. and we tackle it together. we talk it out. find solutions. he affirms me. i probably cry (just a little bit). but at the end of the day, i’ve always felt supported, 110%. that we’re in this relationship together. which makes sense because most relationships require at least two people, but you know what i mean.

anyway, if i’ve learned anything by watching the amazing race  it’s that teams get tested. and outside the confines of a reality competition, teams face their fare share of challenges. but that’s life. i have faced a lot of tricky situations as a single lady and i would be silly to think i’d be immune to them now within the confines of a relationship. so that’s precisely why i think finding a good teammate is so important. you’re going to need someone to challenge you, and have your back, to pick you up when you fall down and chest bump you in the end zone when you score a touchdown (i’m [   ] close to throwing in a FNL reference).

S and i will get first-hand experience of just how well we’ll work as a team when we embark on some upcoming travels. keeping in mind my mantra -everything can either be “an adventure or an ordeal,” and well, given the fact that S and i are each others’ perfect match (he’s got that whole “cool, calm, and collected” thing much better mastered than i do), i don’t have a hint of reservation about how we’ll fare amidst what could be a high-stress environment. we both know better than to let the other go without caffeine and/or food, so as long as both needs are amply met, i think we’ll be just fine.

because i think at the end of the day, the strength of your team is a direct reflection of the caliber of the individual players of which its composed. and while the verdict is still out on yours truly, S’s credentials more than qualify him for MVP status.

he’s a teammate anyone would be lucky to have on their roster. and i’m just so lucky he’s on mine. 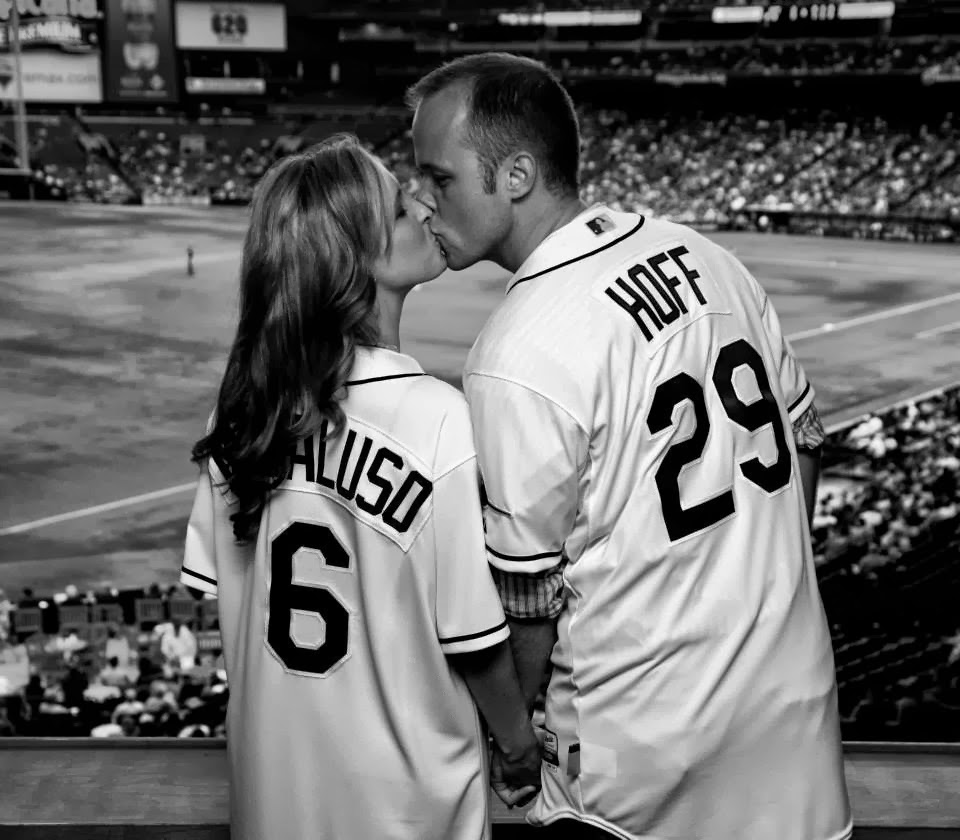 image via: the style ref.