last weekend S and i flexed our muscles (literally) and moved his finished desk into his apartment. he had been storing it in my garage because there is currently a ’69 volkswagon bug occupying his (did i mention that in addition to building things, he also fixes up old cars? i know, stud. muffin.). anyway, it looks mighty fine in S’s office, with his two monitors and jazzy new banker’s light atop it.

but it was lonely. it needed a friend to keep it company.

so after spotting some industrial-style book shelves at restoration hardware and world market, we became inspired to make our own (using this and this as loose guides). after simply just assisting on the construction of many of our previous S&S originals, we decided that this time, i would be head contractor and S would act as my first assistant and supplier of ample moral (and verbal) support.

gulp. i looked down at my fingers and prayed all ten of them would remain at the end of the project.

we wasted no time. over the next few days, S picked up a couple of 2′ x 12’s at home depot and ordered the plumber’s pipe from essential hardware, an online supplier. we already had a can of grey wood stain leftover from S’s desk, but we wanted to give the wood a two-tone look, so we also picked up a dark walnut color to layer over a coat of the grey. we hoped the hybrid hue would capture the rustic/industrial look we were hoping to achieve.

though i had originally agreed to cut the plank of wood into our desire 36″ pieces using S’s circular saw, when it got down to the moment of truth, i chickened out. let’s be honest, i shy away from sewing machines because i think my fingers are going to get caught up in the fast-moving needle, so needless to say, a saw took that fear and raised it about 9 octaves. instead S handily (pun intended) cut the desired five shelves and we sanded down the edges before applying the first coat of stain.

the staining probably took the longest of any of the steps. i’d apply one coat to one side of the slats of wood, wait a day, flip them over, and apply a coat to the other side. we repeated that whole process again with the second stain, too. and then a clear coat sealant went over all of that. but while tedious, i think the extra steps we took in customizing the color really helped in achieving the overall uniqueness of the piece.

and then came judgement day, er assembly day. the day i would finally flex my construction muscles and hopefully come out unscathed on the other side (and with all limbs attached). S helped mark the spots for the holes on the shelves so the flanges would line up when we went to attach them later and handed me the drill. time to make some sawdust fly. we calculated that i ended up drilling a total of 128 holes. and while a few were probably a little deeper than they needed to be, i think overall S was impressed with my power tool prowess. move over bob villa, there’s a new contractor in town.

after the holes had been drilled, it was time to attach the pipes to the shelving. one by one, i fished around S’s drill box for four matching screws and began securing the flanges to the wood. since i figured i might be doubted if i was to claim that i did in fact do nearly 95% of the project myself, i asked S to videotape me drilling one of said pipes into the shelf.

what you might be remiss in hearing in this video is my neighbor singing nickelback’s “photograph” at the top of his lungs. it certainly made for a great accompanying soundtrack.

aside from a couple close calls, i managed to keep all digits uninjured and attached (woo hoo!). after getting over the initial hump, i actually cranked out the rest of the shelves pretty speedily. then came stacking them to achieve the book shelf aesthetic. with S’s supervision (and assistance), i adhered the lower levels myself. but considering that each pipe was 12″ long, the entire shelf stood over seven feet tall, S took over to attach the remaining portions (it helps that he’s 6′ 2″). after everything was assembled, we loaded it up in the bed of his truck and transported it to his apartment.

thankfully the shelf was a lot lighter than his desk had been so once we arrived, we didn’t have too much trouble maneuvering it from the parking lot, up the stairs, and ultimately into his office. after clearing out a few items, we centered the shelf on the south wall. i wasted no time in filling it with the collection of miscellaneous books, board games, boxes, and files that hadn’t quite found homes yet since his move. while the OCD in me was tickled at the opportunity to bring order to (minor) chaos, my girlfriend role found more satisfaction in helping the love of my life feel that much more settled in his new home.

you know, whenever S and i reconvene in the garage, behind power tools and paintbrushes, i’m reminded of the times i spent with my grandpa years ago; the hours we spent covered in saw dust, dreaming up creations and bringing them to life. i think about how much grandpa would have loved S and how they would probably be two peas in a pod, building furniture and sharing a gallon of vanilla bean ice cream for dessert. and while grandpa might not be here in the physical sense, i can’t help but believe that every time S and i get our hands a little dirty and transform a pile of wood, screws, and paint into something magical, he’s looking down on us and smiling. 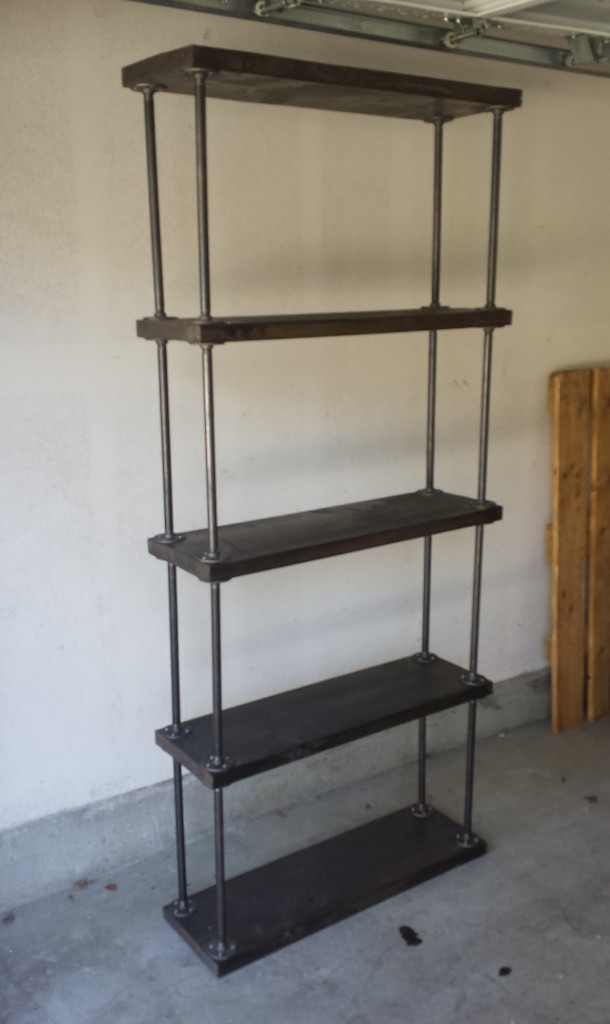 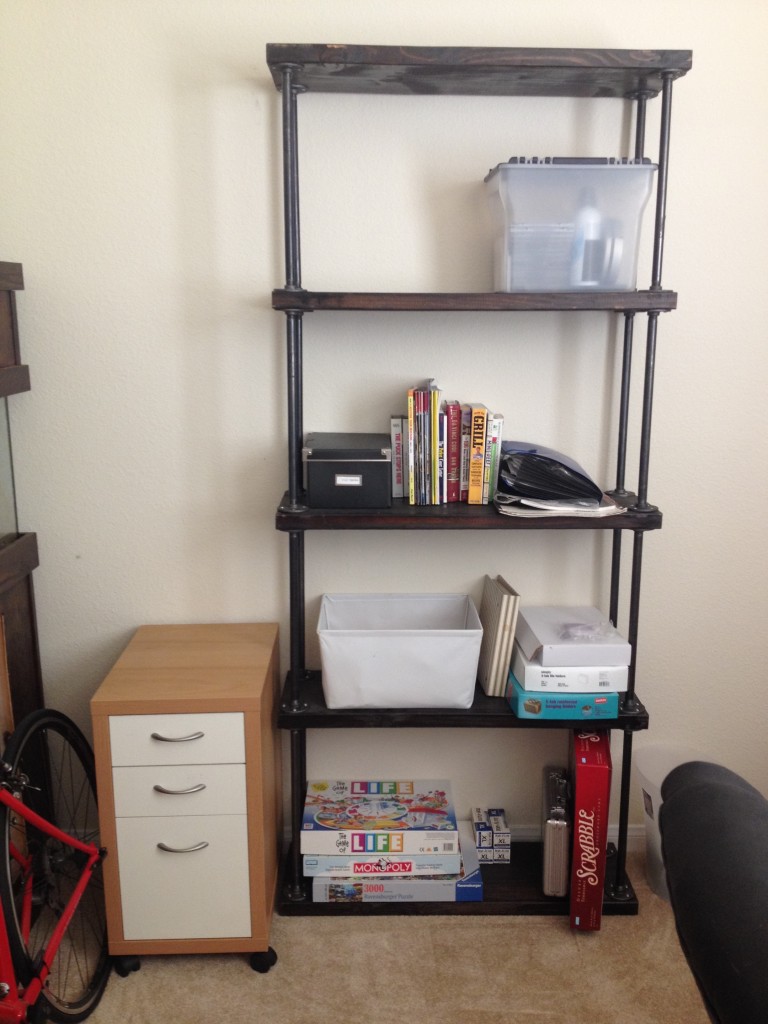