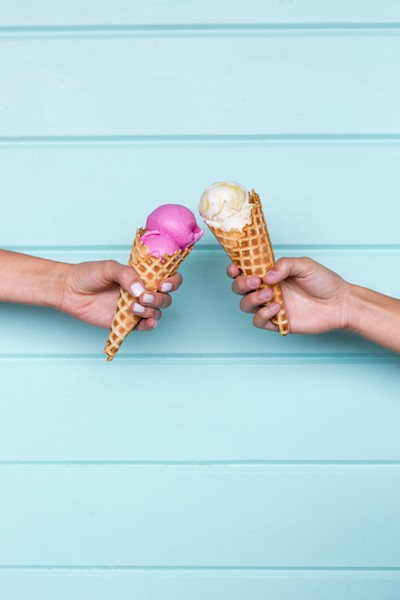 i can’t believe it’s already the end of june! between celebrating birthdays and fathers and really making headway on redecorating a house, these past 26 days have simply flown by! i’d like to say things are slowing down, but in reality, it’s another busy (but fun) weekend ahead. believe it or not, it’s already time to learn new studio barre choreography! and not only that, but S and i are hosting our favorite newlyweds for a homemade dinner at the condo. my very first dinner party, i can’t wait!

before we jet off to partake in some weekend shenanigans, here are the six things that had me seeing the little heart-eye emoji. enjoy!

one || big brother is BACK! the seasonal phenomenon returned wednesday for its 17th season premiere. with sixteen more hopefuls vying for the half-million dollar prize, it’s bound to be another entertaining ride. fun story: big brother was the first show S and i watched together when we first started dating. so the fact that it’s already back for its second season really drives home the fact that we’re about to celebrate ONE WHOLE YEAR together. 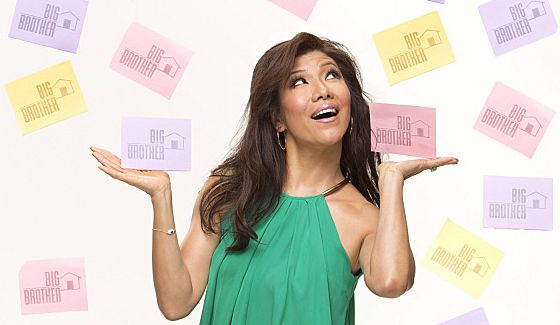 two || summer salad. as i mentioned above, S and i are hosting a dinner party this weekend. in researching dishes to serve our wonderful guests, i stumbled upon a salad whose ingredients simply scream summer to me. i found the easy summer herb and chickpea chopped salad with goat cheese on a blog called “half baked harvest” and what i think i love most about it is the fact that it incorporates so many of my favorite flavors. we plan on swapping out the goat cheese in favor of some grilled chicken and opting for blueberries instead of black ones. otherwise, i’m hoping this salad tastes as good as it looks on the screen –and if it does, that we have leftovers to munch on for the following week. 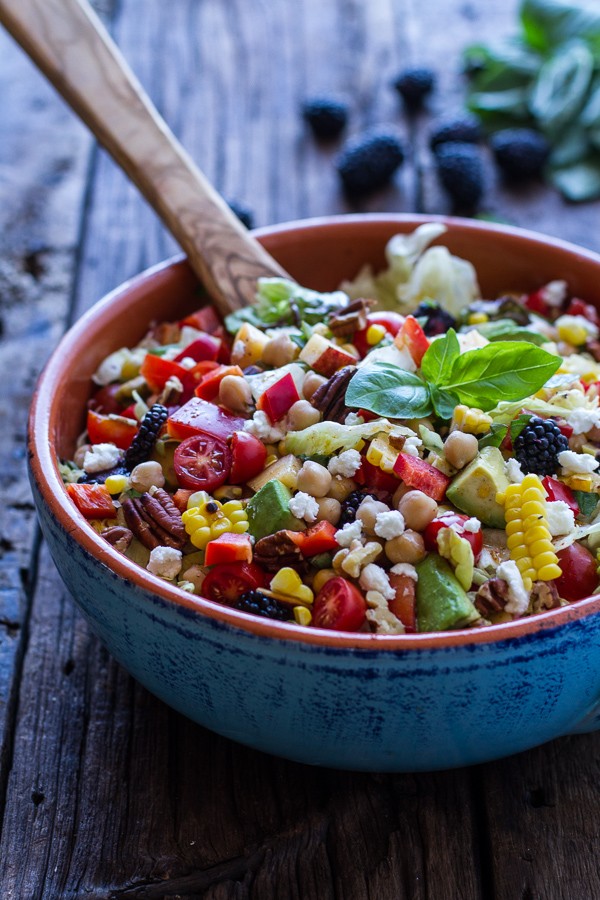 three || oh deer. in addition to spending a small fortune at target, bed, bath & beyond, and home depot last weekend for new fixtures for the house, the living room got one step closer toward completion with the addition of a new pair of antlers. if you recall, i had found a photo of a wall a few weeks ago that i have used for inspiration in finding accent pieces to adorn the blank space. so imagine my excitement when S tracked down these beauties! we still have to mount them in order to hang them on the wall, but seeing my vision start to take shape was definitely one of the highlights of my week! 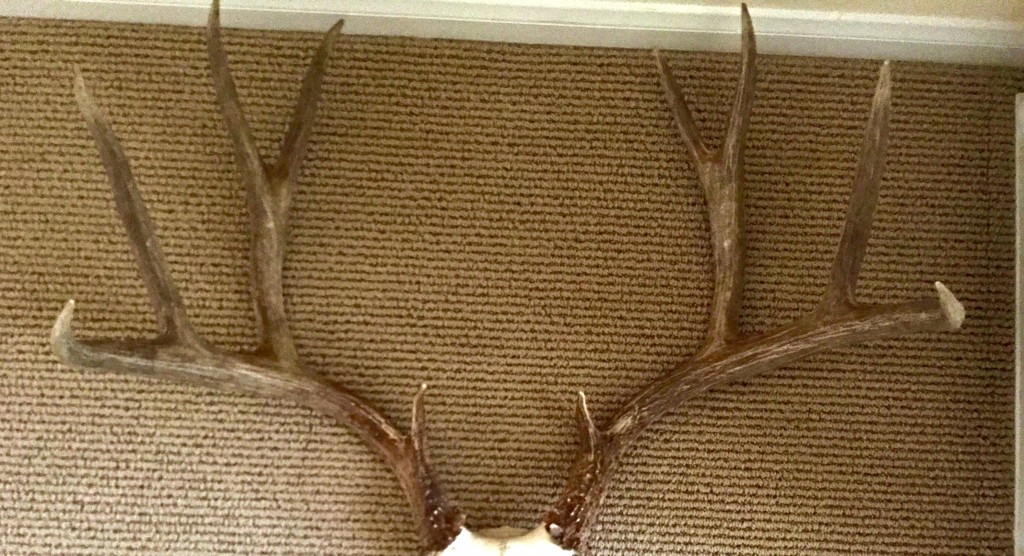 four || perfect ten(nis). break out the bleach and berries and cream, the championships at wimbledon begin again on monday! while i certainly have affections for all four of the tennis majors, wimbledon truly has my heart. fresh off his french open win, i’m excited to see how wawrinka (“stanimal“) will fare against a list of his hungry opponents who are no strangers to success at the all england club. three cheers for fierce competition, grass stains, and british accents. gosh, i love this time of year. 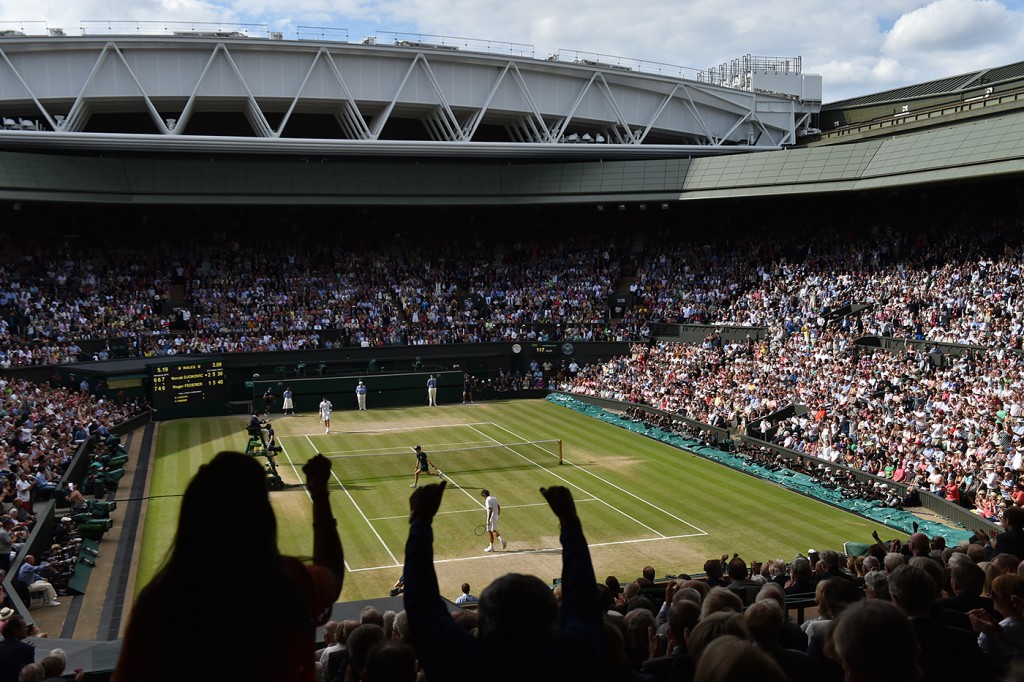 five || a bright idea. as mentioned in last week’s it’s friday, i’m in love, i ordered new vanity lighting for my bathrooms. well all four fixtures arrived this week and S installed one to see how it looked. the verdict? we LOVE it! i’m so happy we went with this specific design and i can’t wait to see how the remaining ones will look as we finish the rest of the house. somewhat related, this week S also changed out every single one of the 40 cabinet knobs in my bathrooms and kitchen. what a stud. it’s amazing what a difference swapping out your cabinet hardware can make! we opted for these venetian bronze beauties and y’all, i’m obsessed. basically it was another big week for #operationredecoration and with the light at the end of the tunnel finally coming into view, i’m feeling so excited to see the end result! 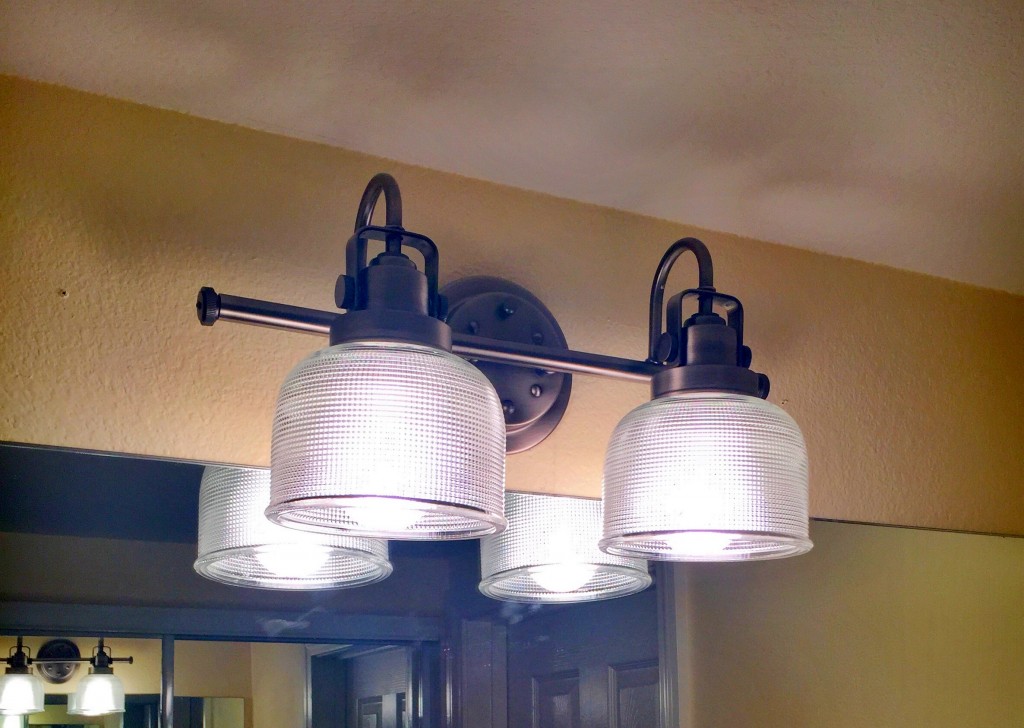 six || what a difference a year makes. and finally, a bit of nostalgia for you -this time last year, my life was on the brink of changing forever. exactly one year ago, i not only completed a full weekend of training to become a studio barre instructor, but i also gave ten little digits to my friend to give to her co-worker in the hopes of setting up a blind date. fast-forward 365 days and i feel so grateful to be a part of such an amazing studio barre family/community.

and as you’re already well aware, the man who got my number turned out to be the one of my dreams.

on that sappy note, have a great weekend! since i’m working at the club’s 4th of july event, i have monday off as well, so i’ll see you back on tuesday of next week.