i by no means consider myself a serious person, because let’s be honest, seriousness is kind of overrated (unless the situation calls for it, then of course it should definitely be adhered to). so for the most part, i would rather approach life with awkward pauses, a bad case of sarcasm and copious amounts of nervous laughter. it’s just funner (i know it’s not a word, but really webster’s? enough people use it for it to finally claim an honorable mention spot in the dictionary) that way.

but lately, at least with regards to the inspiration behind my most recent posts, i feel like i’ve been in a bit of a “all things reflective and semi-serious” mood. and maybe that’s just par for the course with regards to the dawning of a new year (they tend to make us pensive, i do believe) or maybe it’s the fact that recent events have just warranted a lot of thinking (the good kind, by the way). or maybe it’s just because i don’t have any really funny stories to tell -which in and of itself is a shame, but trust me, give it time, something embarrassing is bound to happen soon.

for whatever the reason, i’m going to bank on this momentary lapse of unfrivolity (made-up word count: two) and continue down this road -focusing on topics that make you think, “hmmm” instead of inducing a “haha”, at least until i accidentally find myself confessing my love for a complete stranger based solely on the information collected from his facebook profile (hypothetically speaking, of course). because when that happens, therein will lie the switch back to your regularly scheduled programming. 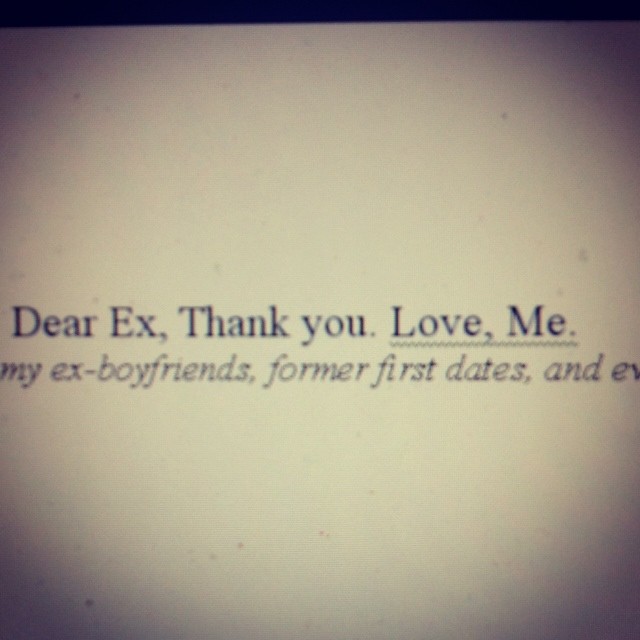 this is basically where i spent my saturday.

so this weekend was really quite lovely. it was filled with a mish-mash of occurrences -pure barre shenanigans, impulse buys at target and old navy, a bit of laundry and fridge re-stocking, dvr-emptying (i can’t handle how depressing grey’s has gotten but at least parenthood never ceases to keep me smiling), may-juh progress on the book (fist pumps in delight), family dinners, lululemon pants-purchasing (finally! thank you santa!), and the inspiration for this note, my first official meeting with my mentor.

for our first date, we attended the 10:45 a.m. service at north coast calvary and capped off the afternoon with a leisurely lunch at island’s restaurant. and while the conversation shared over veggie tacos and iced teas will remain a secret shared between just us gals, i can’t help but to harp on pastor mark’s message this week. it was about abraham (or abram, whichever you prefer), his journey (all of our journies, really) and timing.

oh timing, you and your lessons just keep showing up, don’t you?

and if you aren’t familiar with A’s story, i’ll give you the cliff’s notes version. at the ripe old age of 85 (a spring chicken in those days), he and his wife sarai (or sarah, again, whichever you prefer) were still without a little junior or juniorette of their own. knowing the desires of the couples’ heart, the Lord came to abraham one night and asked him to avert his gaze upward toward the sky. He then went on to explain that He had heard their cries for an heir and that not only would their prayers be answered, but A’s offspring would be as numerous as stars in the sky (i don’t know the last time you tried to count the stars, but i remember trying once and let’s just say i quit after about fivehundredgazillion). the only detail the Lord was remiss in revealing was the timeline of which the items were to occur. but seeing as the Lord hadn’t let abraham and sarah down yet, they held onto that promise and continued to wait on the Lord.

and wait they did.

(there’s also another part of the story where they got tired of waiting, took matters into their own hands, and abraham had a son with their maid servant, hagar (i know, that name probably isn’t going to be amongst the most popular baby names for 2012), but that’s not exactly the point of this story but if you’re interested you can certainly read more about it in genesis 16).

and with almost a century’s worth of years under his macrame belt (and about 90 under hers!), abraham and sarah’s prayers were fulfilled. yes, even at 90-years-young, sarah gave birth to a son, isaac. just as God had promised.

just had God had promised.

you see, just like abraham and sarah, i get anxious. God promises great things (have you read jeremiah 29:11?) but He’s careful not to include a timeline. because without a timeline, we are forced to place our faith in Him. to rely on something, someone aside from ourselves. but therein lies the challenge. with each passing day, week, month, year, decade, that the Lord refrains from fulfilling those promises -the innermost desires i pray for every night before i slumber and every morning as i greet another day -i can’t help but to assume that perhaps those yearnings just aren’t in the cards for me. and so i throw myself a pity party (it’s usually short-lived), and then throw on my favorite pair of rose-colored glasses to focus on all of the blessings i do have in my life.

but i would be lying if i didn’t say that sometimes, i pull an “abraham and sarah” and try to take matters into my own hands. no, i don’t get a maidservant to have my baby, but it’s usually along the lines of dating a guy that i know in my heart of hearts is not worthy of my time or admiration.

and then pastor mark said something that just seemed to make it all click. the cutest thing being that once he said it, he was so self-inspired by it, he had to write it down!

talk about a truth bomb explosion.

yes, in the eyes of abraham and sarah, God had “denied” them for 14 years. or for 100/90 years (respectively) if we’re really be nit-picky. but what they saw as “denial” was simply a “delay.”

and when the timing was right, it happened.

and i know that not every denial will end up in a delay. sometimes denial is, in fact, a denial.

but for someone who seems to just love her little timely schedule, it was a sobering truth that i needed to hear this weekend.

just because it’s not happening now doesn’t mean that it isn’t going to ever happen.

and that’s why patience really is a virtue. because we don’t know God’s timeline. and sometimes delays really do feel like denials.

but abraham and sarah’s story is the perfect example of how true God’s promises are. and how his timing (as frustrating as it may be at times) is always perfect.

so here’s to focusing on the promises themselves rather than the time frame of which they’re “supposed” to happen. because a delay doesn’t always mean a denial and because the really good things in life are worth waiting for.

and now, a gratuitous self-portrait taken at a red-light following sunday’s sermon. also, i really enjoy this scarf. 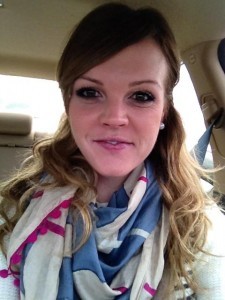 this is my "great sermon, yet again, mr. foreman" face.