we’re entering one of the most wonderful times of the year. i realize i’ve used this phrase to encompass other “most wonderful times of the year” -most notably, the return of scripted television in the fall and well, duh, christmas, but the span of the second week in january and the final week in february is also very deserving of this title as well. you may know it better as it’s other name: “awards season”.

and while it’s neat to award actors and actresses for outstanding performances in both television and film (like they did at last night’s golden globes), all i really care about at these shows is what everyone was wearing. duh.

so to kick-off the season of updos and spray tans and red carpet modeling, here are the frocks (and the ladies who rocked them) i was obsessed with last night: 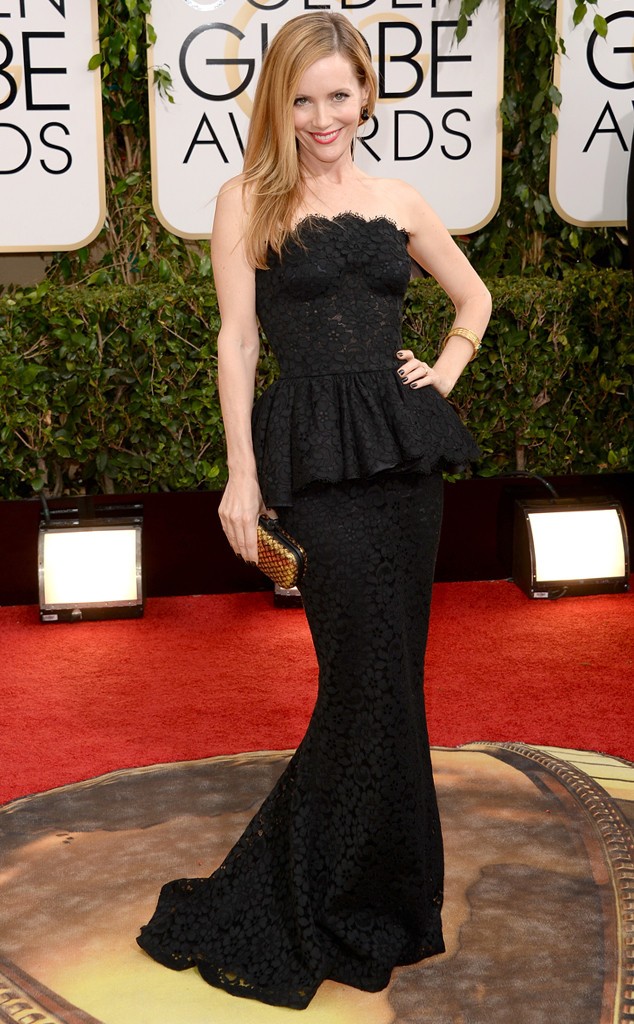 i love lace. i love peplum. and this dress is the perfect marriage of the two. plus when you have a bod like les (she lets me call her that, it’s cute), the detail of this dress just gets displayed all the better. 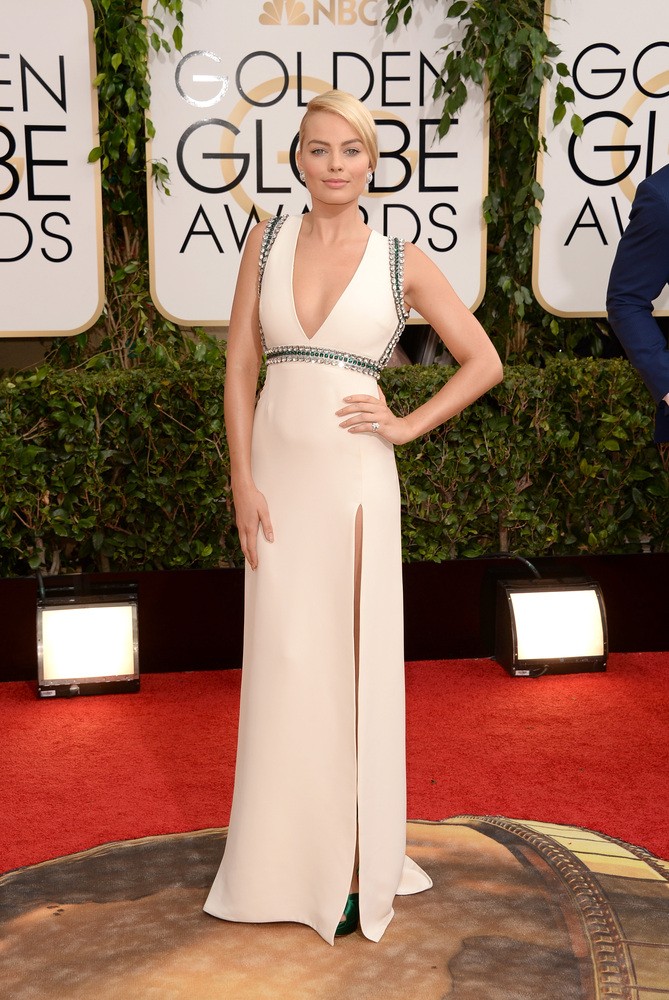 but when you look like that, i mean, she could wear a paper bag and still look perfect. 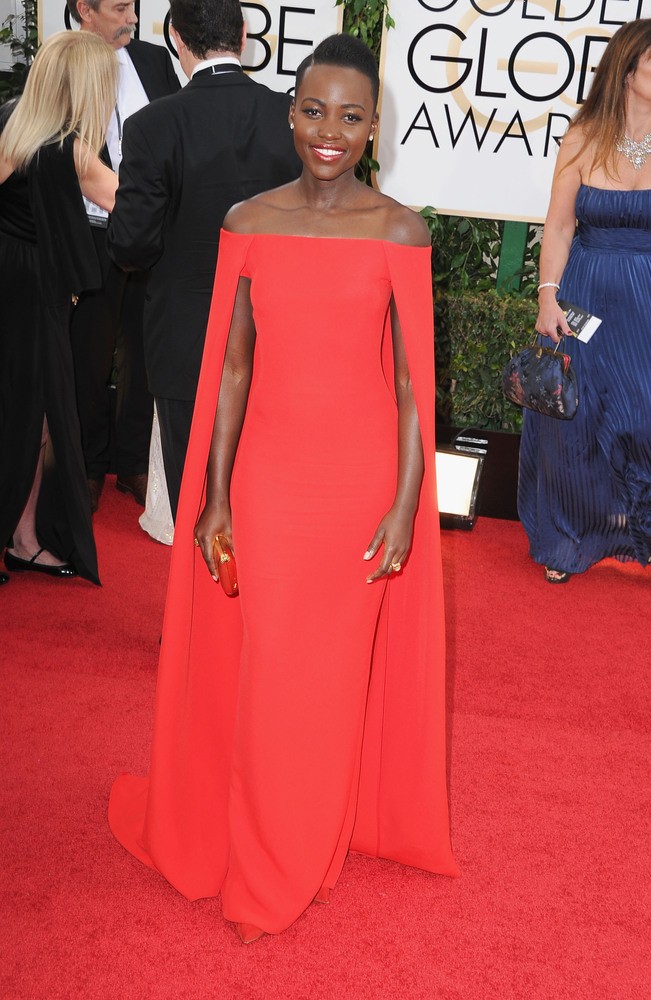 i’m not one for capes. or maybe i’m okay with capes, just not a fan when goop wears one (because she’s the worst). anyway, lupita is stunning. this dress is stunning. the color of the dress is stunning and the combination of all three is, wait for it, stunning. she may be a red carpet novice but there is nothing novice about her look last night. 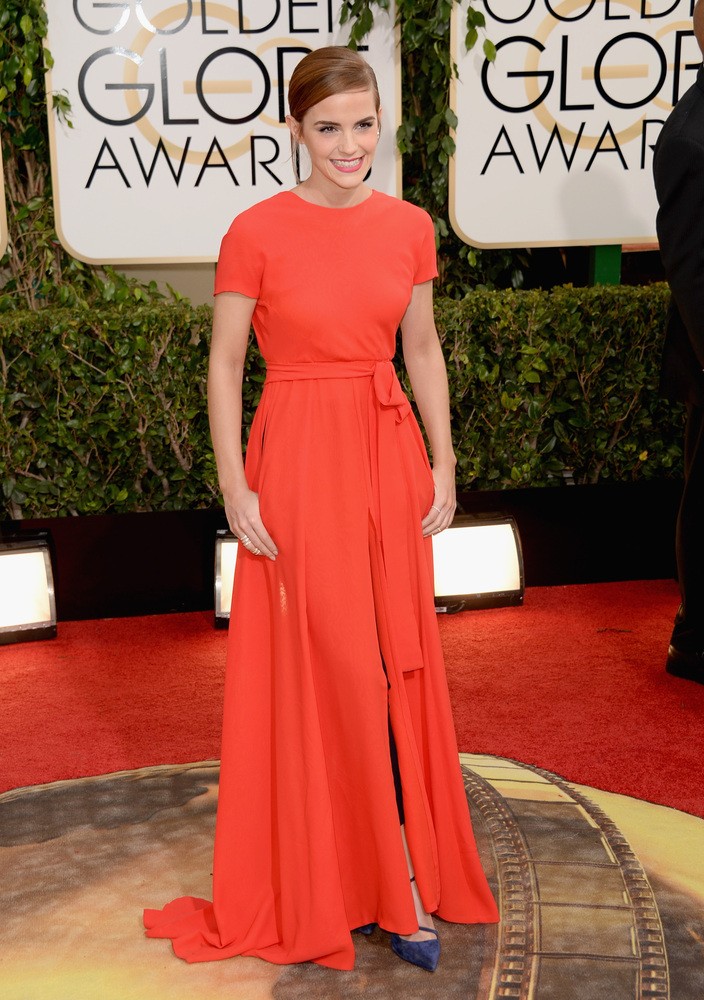 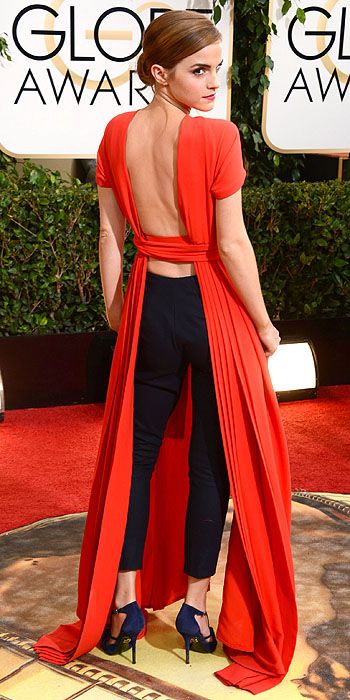 who wears pants to an awards show? oh that’s right, hermione granger does. and flawlessly i might add. it’s kind of like business in the front and party in the back. like a mullet, but you know, classy. i know it’s unconventional, but it has a carrie-bradshaw-only-she-could-pull-it-off kind of vibe. and maybe that’s why i like it so much. 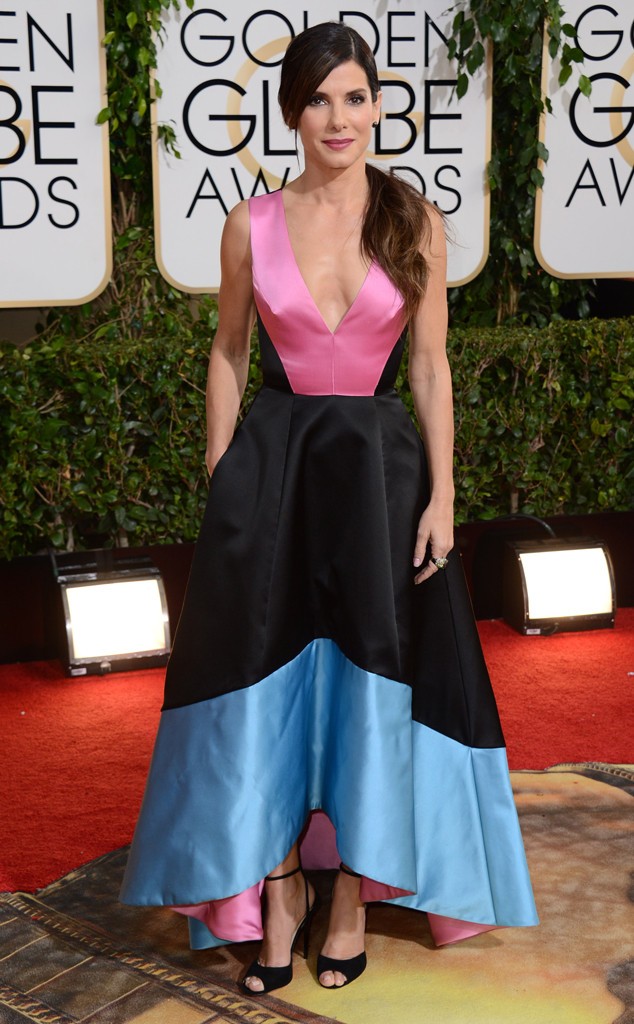 while i don’t exactly love the color combination of the dress itself, i think sandy (again, totally on a nickname basis with the oscar winner) looks too stunning to not give her some mad props. she is seriously like a fine wine, getting better with every calendar’s turned page. 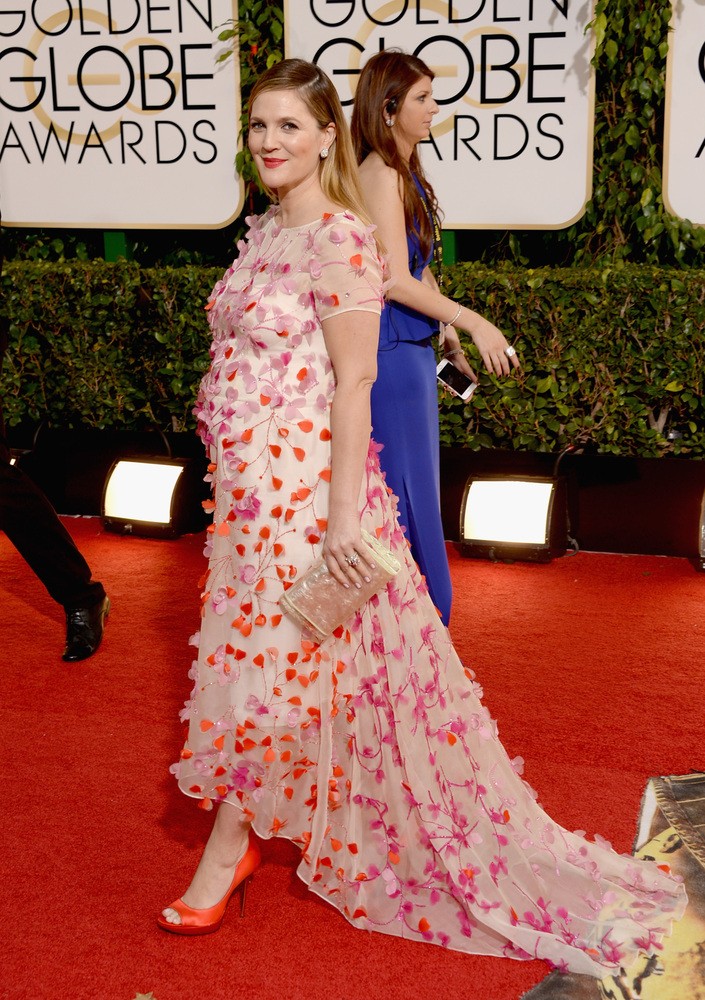 she may look like a walking ad for valentine’s day but i don’t even care. she is adorable and i love her. 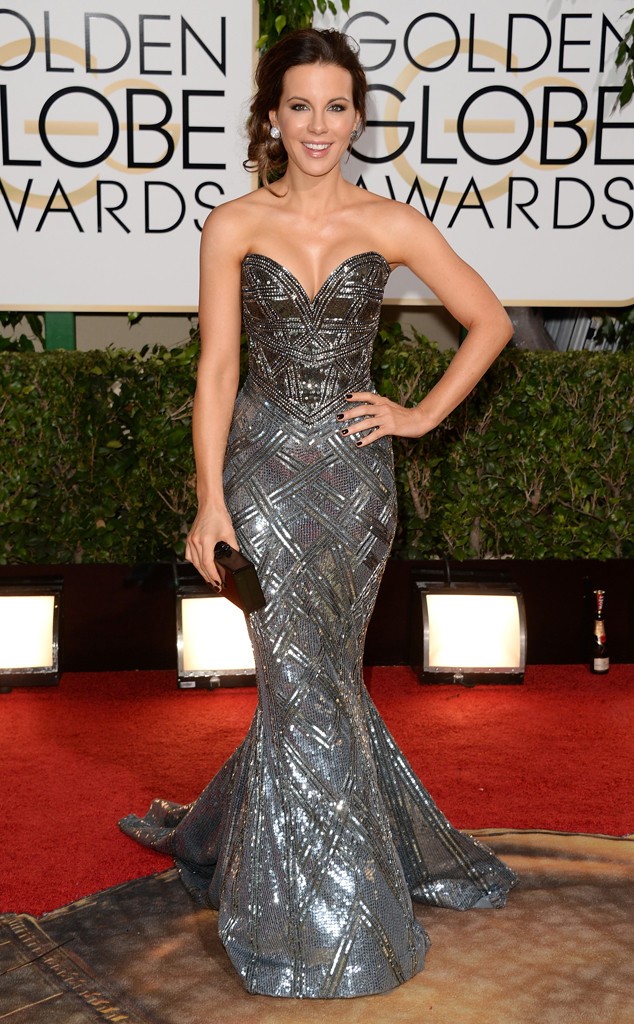 because even dressed as a disco ball she is per.fec.tion.

and finally, just because he exists and looks like this: 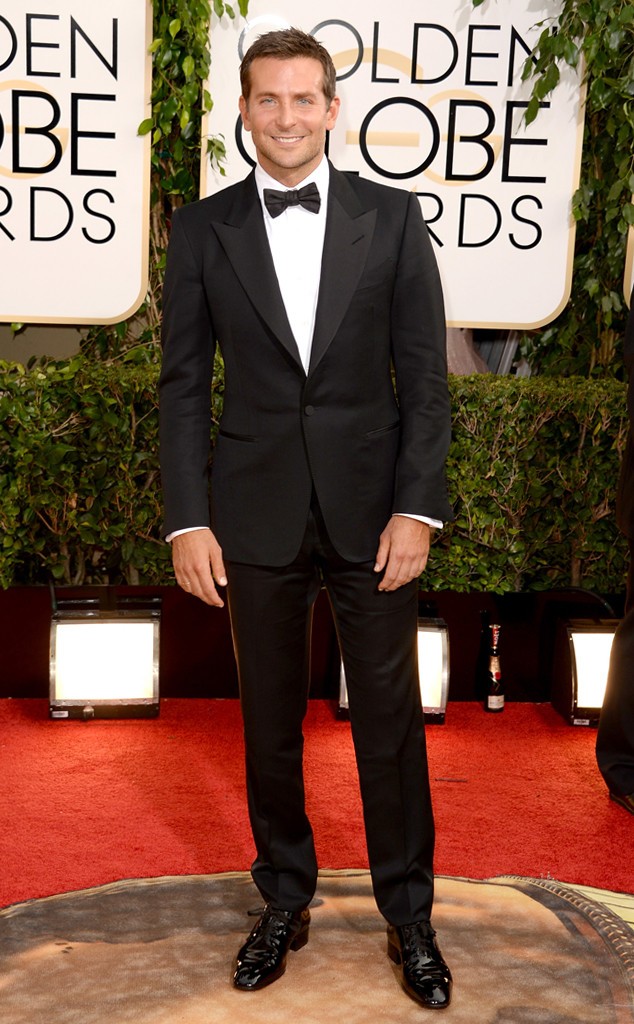 *and because i’m trying to keep 2014 a place for positivity, i’m going to refrain from getting all mean girls and listing off the “hmm, maybe that was better in theory” outfits from last night’s affair. but to be completely honest, everyone was pretty much on their best fashion behavior this year. so well done, y’all.