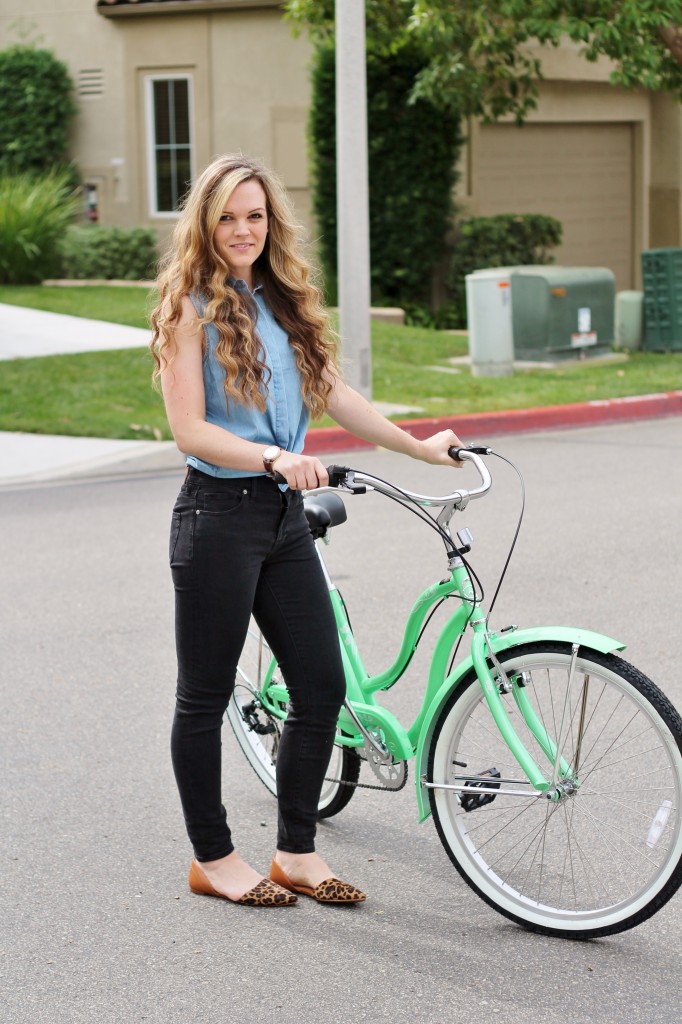 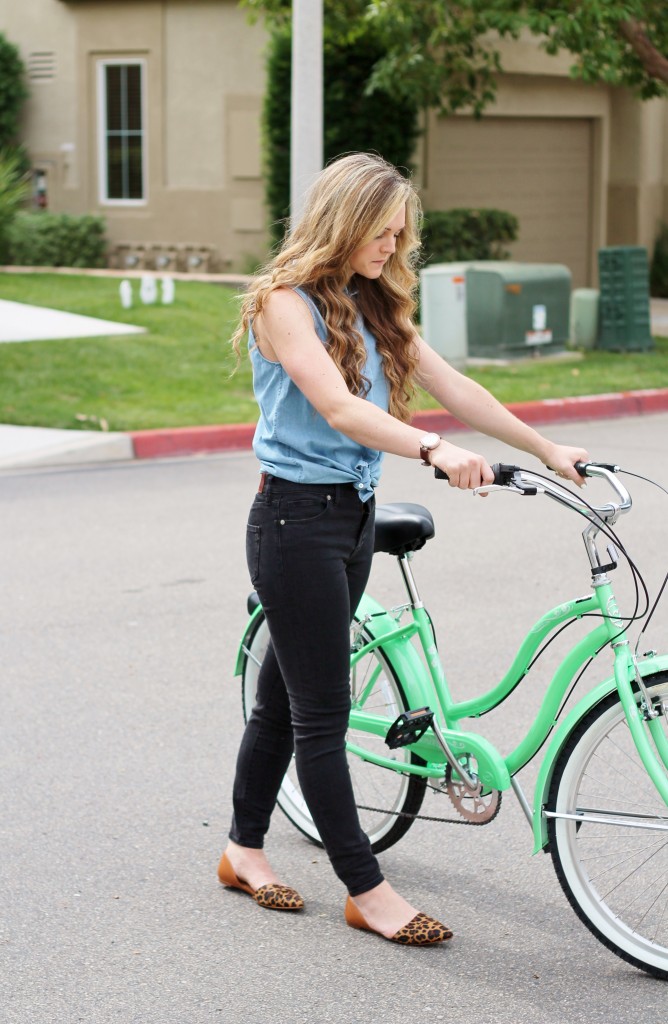 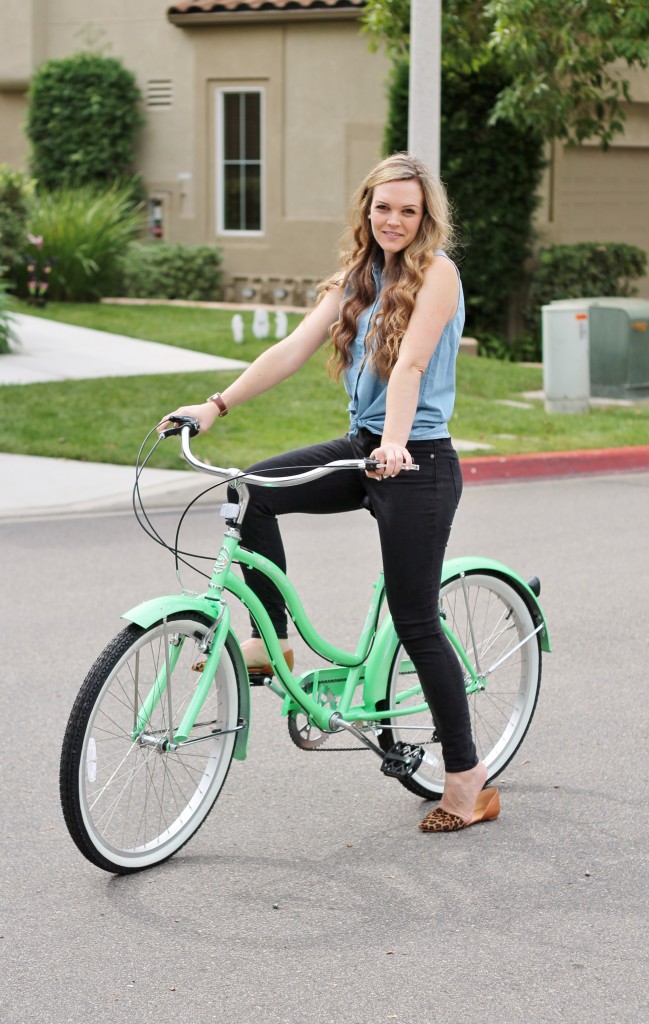 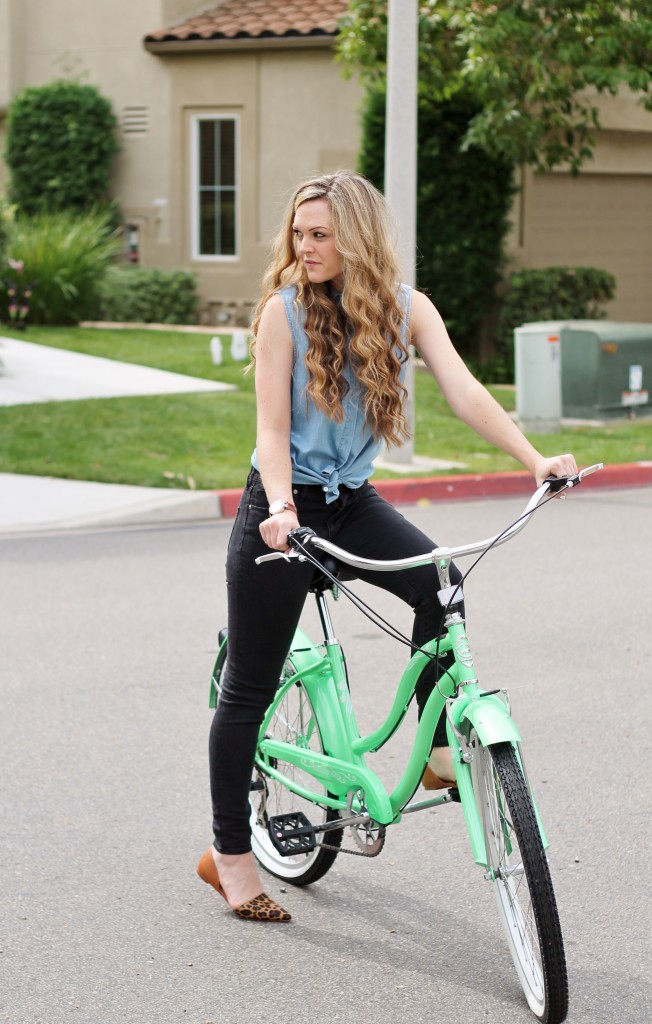 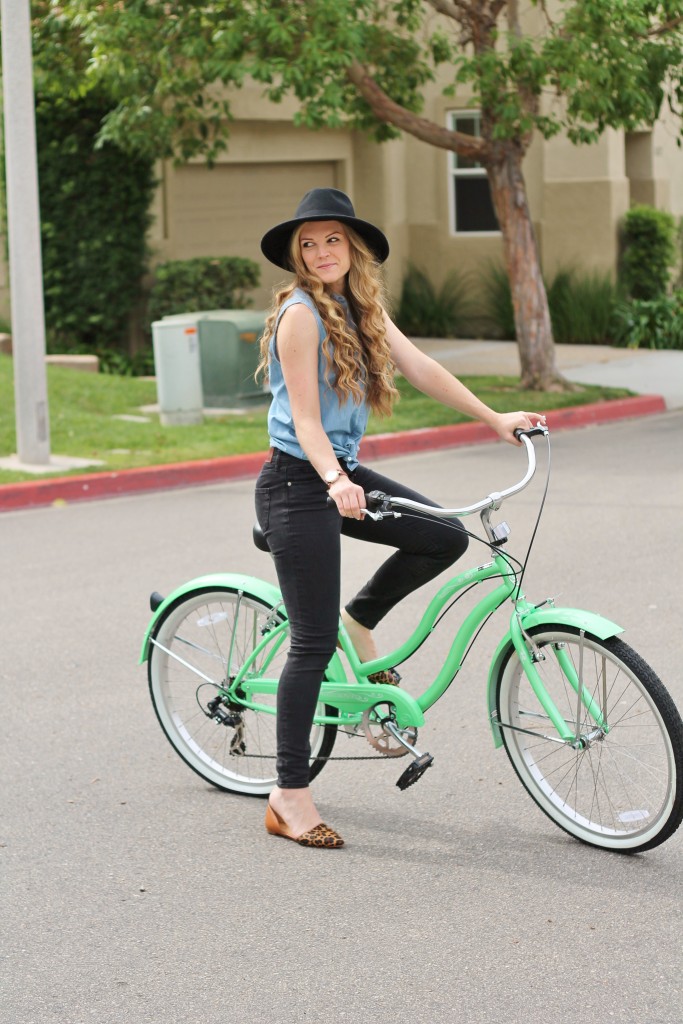 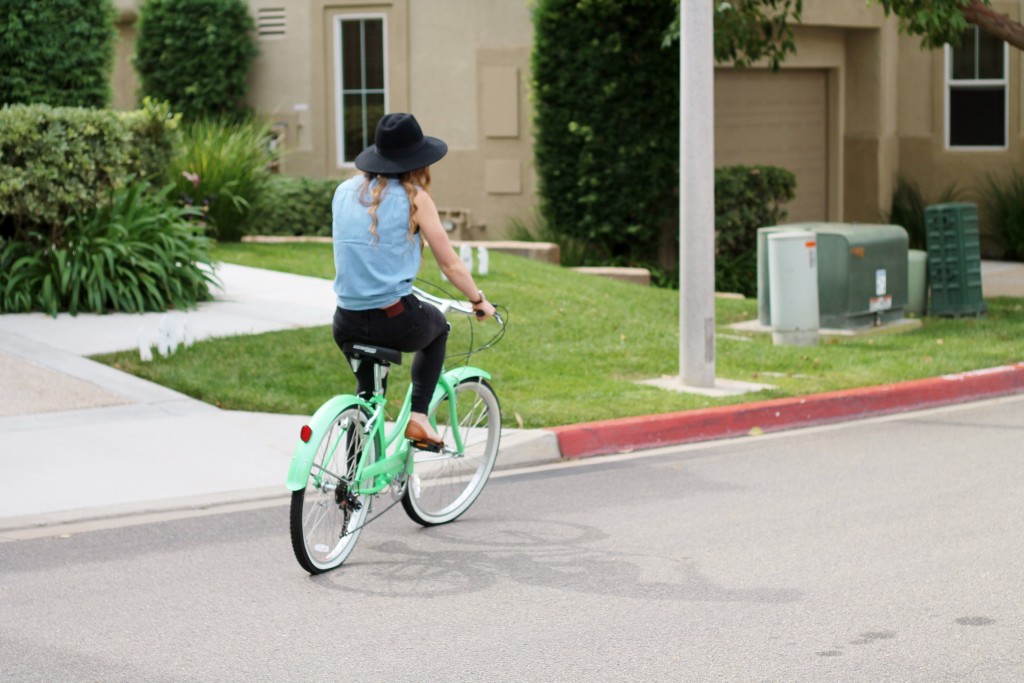 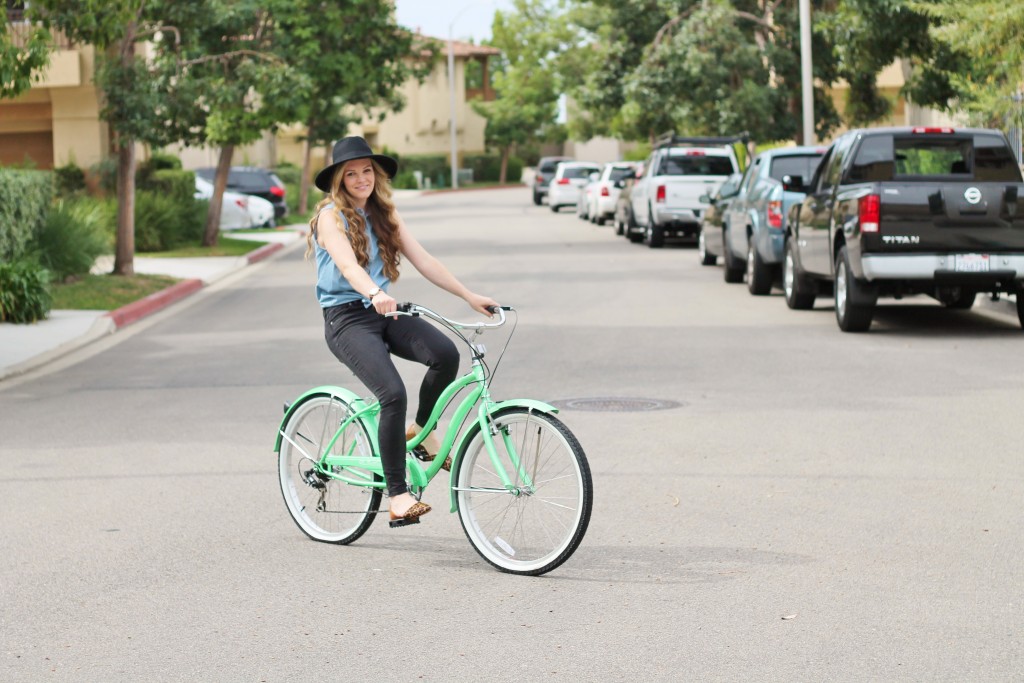 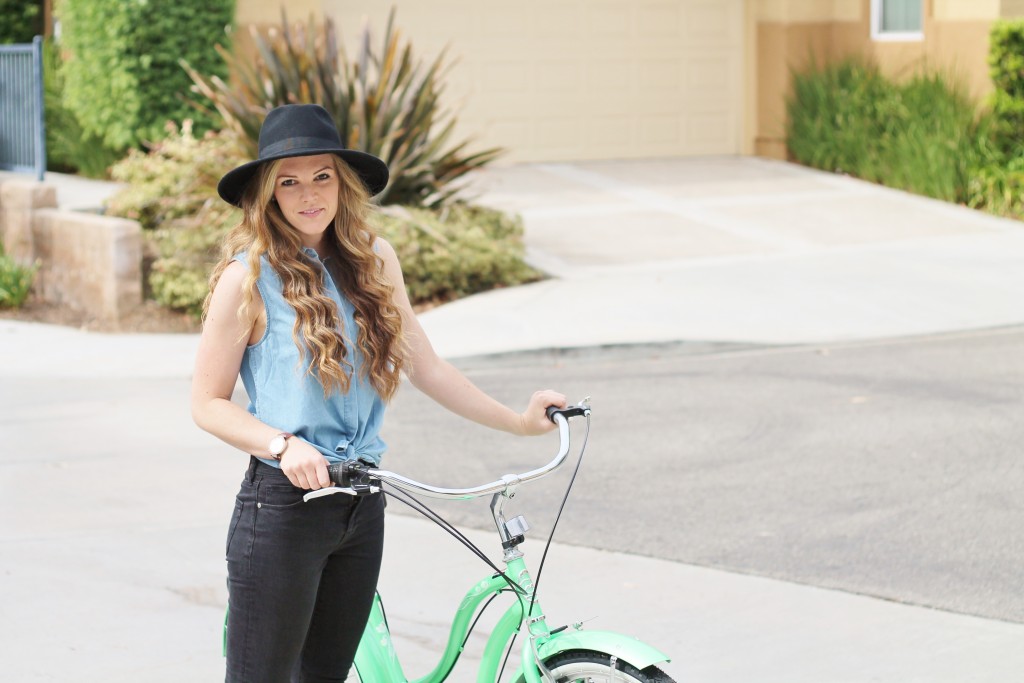 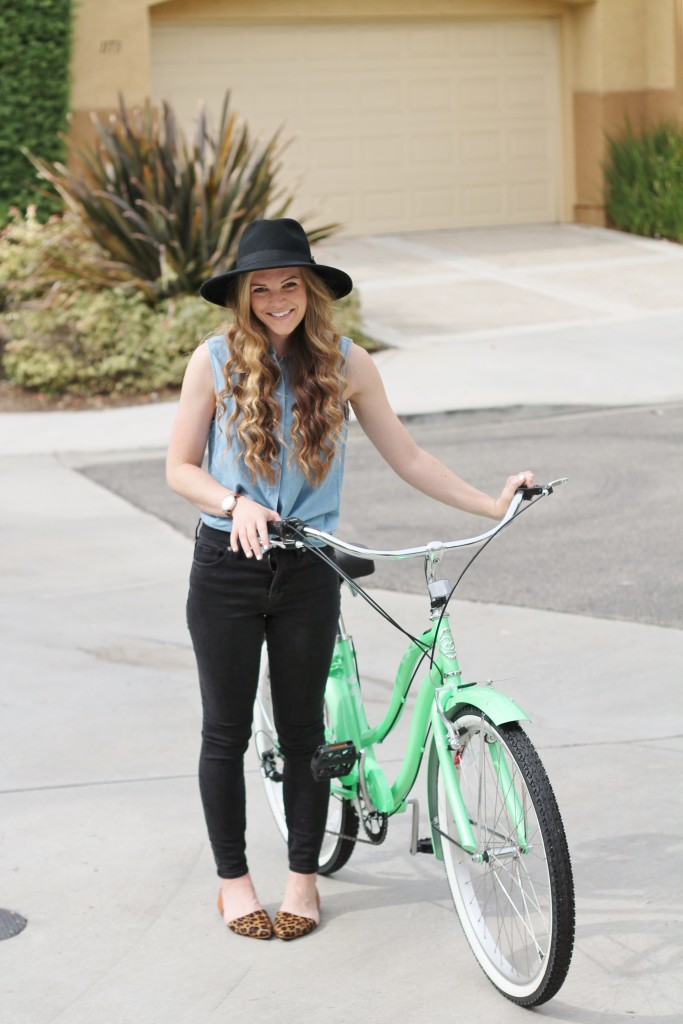 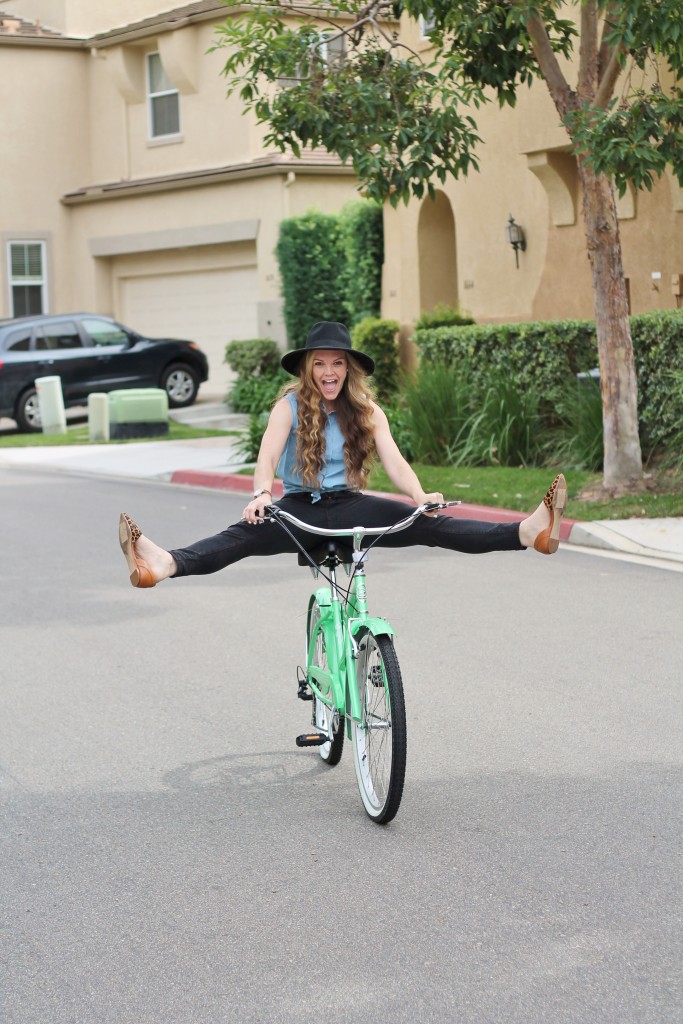 about seven years ago, a girlfriend from college and i traveled to steamboat springs for our mutual friend’s wedding. i don’t want to talk about the tiny plane we had to take to get there, but trauma aside, steamboat is the CUTEST little resort town and it was such a treat having the opportunity to explore a bit before we ventured off to the mountainside venue. the day of the wedding, after finishing a hearty breakfast at the local diner, we decided to rent bikes. the city boasts miles of paved trails, so we figured not only would it be a great way to see the town, but we could log a little cardio, too.

we headed into the local bike shop and asked for two rentals. the man behind the counter selected a bike for each of us and adjusted the seat heights accordingly. i’m embarrassed to admit that prior to this point, i hadn’t been on a bike in something like five or six years. i figured that famous saying “like riding a bike” hadn’t been invented in vain, so i jumped onto the crimson cruiser with confidence whole-heartedly believing my bike riding skills would come flooding back to me, much like my spanish-speaking skills do when i’m around native speakers. instead, i was immediately humbled. my feet were cumbersome on the pedals and what little core strength i had at the time seemed to be useless at finding equilibrium. my friend looked on in amazement as did the rental guy. how could a 23-year-old woman not remember how to ride a bike?

thankfully after about twenty minutes of trying, i seemed to find my rhythm. i swear you could hear audible sighs of relief over the realization that i would no longer be a danger to myself. just to be sure though, they insisted i wear my helmet. the rest of the morning, my friend and i rode all over town, breathing in the clean mountain air, and taking in the spectacular views. and i’m happy to report that at the end of hour, everyone returned to the bike rental shop in one piece.

i tell you this story because i think of it every time i have ever gotten on a bike since that weekend in august -including this past sunday when i decided to pull out my beach cruiser (whom you might remember as “sadie”) to ride around the neighborhood. contrary to that fateful summer in steamboat however, my bike skills held up a lot better this time around.

speaking of holding up, did you know bike cruisers have been around since the 1930’s? they made a come back in the 1990’s and have been beloved by many a college student and beach side resident ever since. but even with their resurgence in the modern era, i still equate the style of bicycle with the retro feel of the 1950’s. i used that retro vibe as inspiration when putting together this outfit. as an alternative to the front-tuck, i’ve been leaving one button undone and tying the shirttails of my button-downs to show off the waistband on my high-riser skinny jeans. the slight adjustment really can play up an hourglass shape. i finished off the look with a pair of leopard d’orsay flats and my favorite fall hat.