i found this quote today on one of my favorite blogs. and i just think it’s a really good reminder, especially in a time of my life when i’m trying really hard to take risks in hopes that they eventually manifest into greater rewards. it’s from marrissa mayer, a former head exec of google and now, currently ceo of yahoo:

failure is always hard. that said, i think in the world of entrepreneurialism which is basically what we’re doing at google … every new product could be a new team, a new company. i think that in part you have to celebrate failure. you have to say it’s ok to try something big and audacious and maybe it will work and maybe it won’t. i think there’s a culture there that it’s ok to fail. but if you are going to fail, you want to fail fast. so you can move on and move on to the next big thing you can do …

[from emphasis added: via texturism]

because failure doesn’t have to mean the journey’s over; just simply that it’s time to find a new route (perhaps the scenic one?).

sometimes you have to throw a lot of spaghetti noodles against the wall before you get one to stick. and that’s okay, because i don’t know about you, but i think of the entire process, the noodle-throwing is the funnest part. 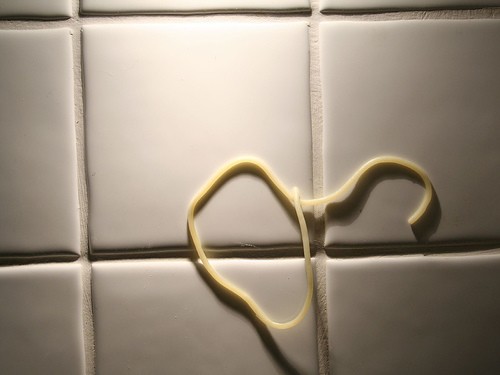 eventually one will stick.